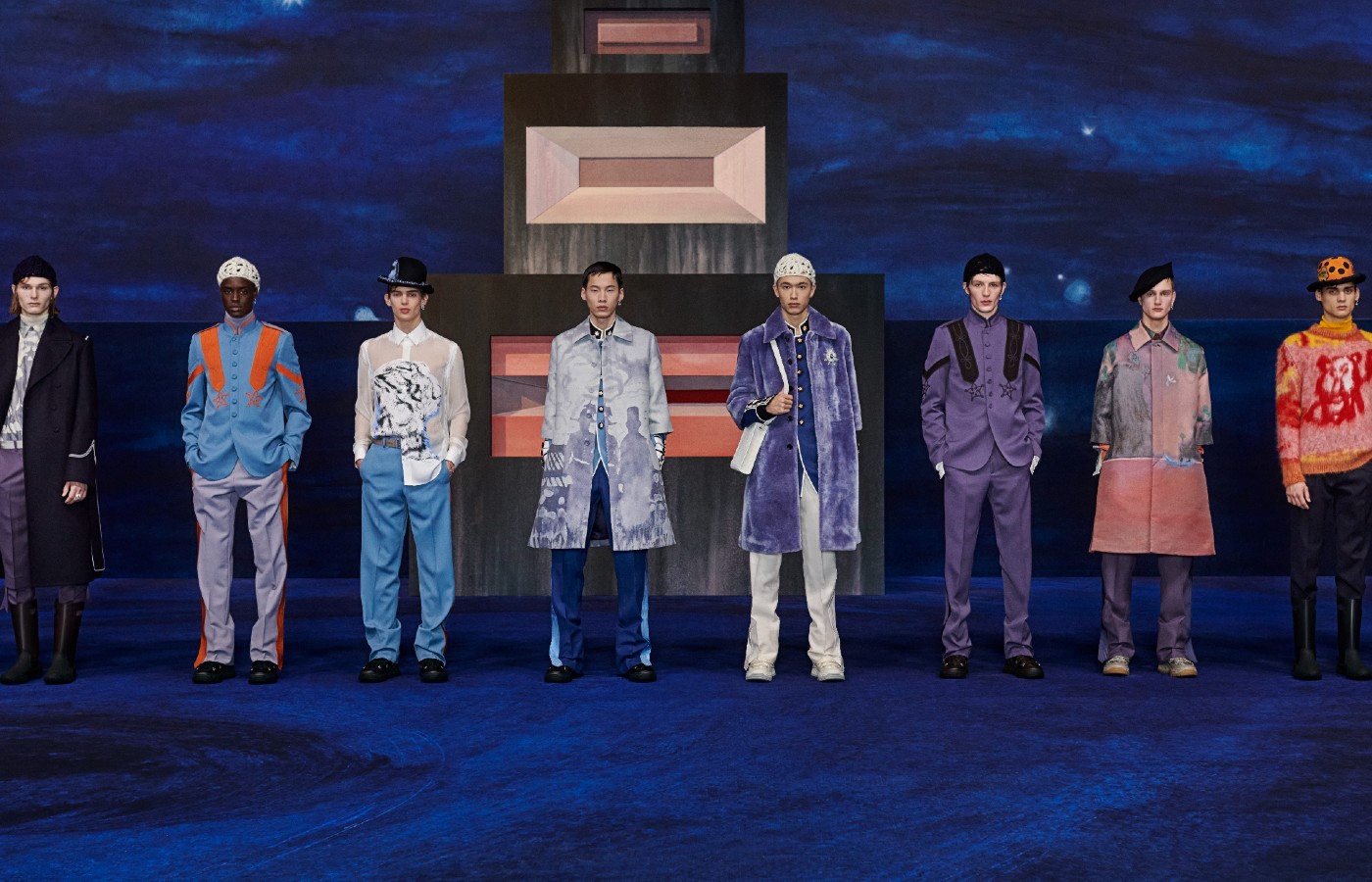 IT HAS become evident that whatever Kim Jones touches turns to gold. His time at Dior so far has solidified his position as one of the greatest menswear designers of this generation. He has this innate ability to respect the codes of the French fashion house whilst taking each collection into the present day so effortlessly that he makes it look easy.

Knowing that Monsieur Dior also collaborated with artists as well, having worked closely with Pablo Picasso in 1928 and Salvador Dalí in the early 1930s, Jones has marked each season with a collaboration with an artist as well. The AW21 show was no different.

This chapter in Dior sees itself work closely alongside Scottish painter Peter Doig – Dior x Doig (works nicely). Considered one of the most celebrated living artists and widely recognised for his tranquil paintings, the combination of artist and fashion house saw itself manifest in pieces becoming canvases for the art. Looking primarily at how to reinvent ceremonial wear, Jones took Dior’s long history of women’s couture and wanted to create his own take.

Taking the constellation of the night sky from Peter Doig’s Milky Way (1990), Jones fused this piece of art into the AW21 Dior collection. Made up of muted blues, navy, dusky mauve and Monsieur Dior’s favourite grey contrasted by vibrant yellows, greens and blood-oranges, the collection had this day-to-night feel. Reinventing some of the women’s archive and putting a more masculine spin on the Dior classics, from taking inspiration from Dior’s 1947 Bar Jacket to transforming one of Marc Bohan’s couture dresses from the 1960s. It is clear that Jones is nothing short of a technical wizard.

The combination of the savoir-faire of Dior’s ateliers fused with the colourful universe of Doig led to to embroidery, jacquards and hued prints take charge – performing the act of transforming the traditional into something more contemporary magnificently once again.

The world-renowned milliner Stephen Jones returned for another season to aid in the captivating of the dialogue between art and fashion. Taking illustrations by Doig and Dior emblems, he created an array of wool felt hats, again transforming an ordinary item and adding a couture touch to it – Doig even hand-painted a selection.

Though this collection has couture embedded into its seams, Jones has still created a collection for today’s Dior man. Balancing elegance with utility, the designer has created a world in which the two notions can live in harmony, he doesn’t make clothes men can’t wear. And with everything Jones touches turning to gold, this collection sublimely sparkles. 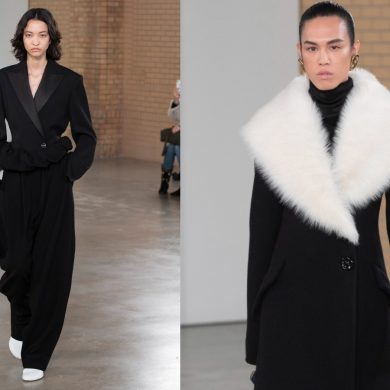