THROUGHOUT the past year, cooking has been a much-needed creative escape for Jason Wu. Preparing his mother’s recipes and various cuisines from across the globe has kept him inquisitive and joyful, he says, and inspired his latest collection, that sought to combine this culinary passion with his quietly-luxurious ready-to-wear.

“For Autumn 2021, I was feeling nostalgic of my school days in New England and the very idyllic Americana backdrop of those years,” says Wu, who hired the Chef’s Warehouse to fill the show space with fresh produce – potatoes, lemon, olive oil, cauliflowers, bananas and many other delights which were later donated to the non-profit, City Harvest. Harkening back to the general stores of the 1950s, the lively show space set the scene for an equally busy collection.

“As this is my second time showing my contemporary line Jason Wu, I was excited to show my range as a designer with a more casual, wardrobe building ready to wear collection that can stand the test of time,” says Wu, who above all, this season, showcased a message of optimism. “The joys that I experience from cooking and spending time with loved ones make me hopeful to celebrate the moments that really matter. This show represents who I am, not only as a designer but as a person.” 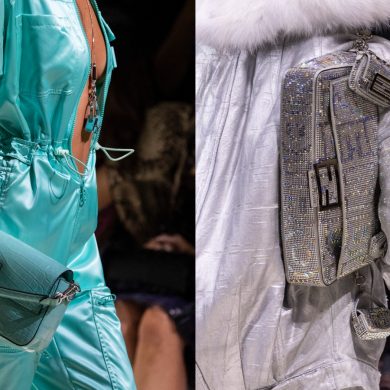