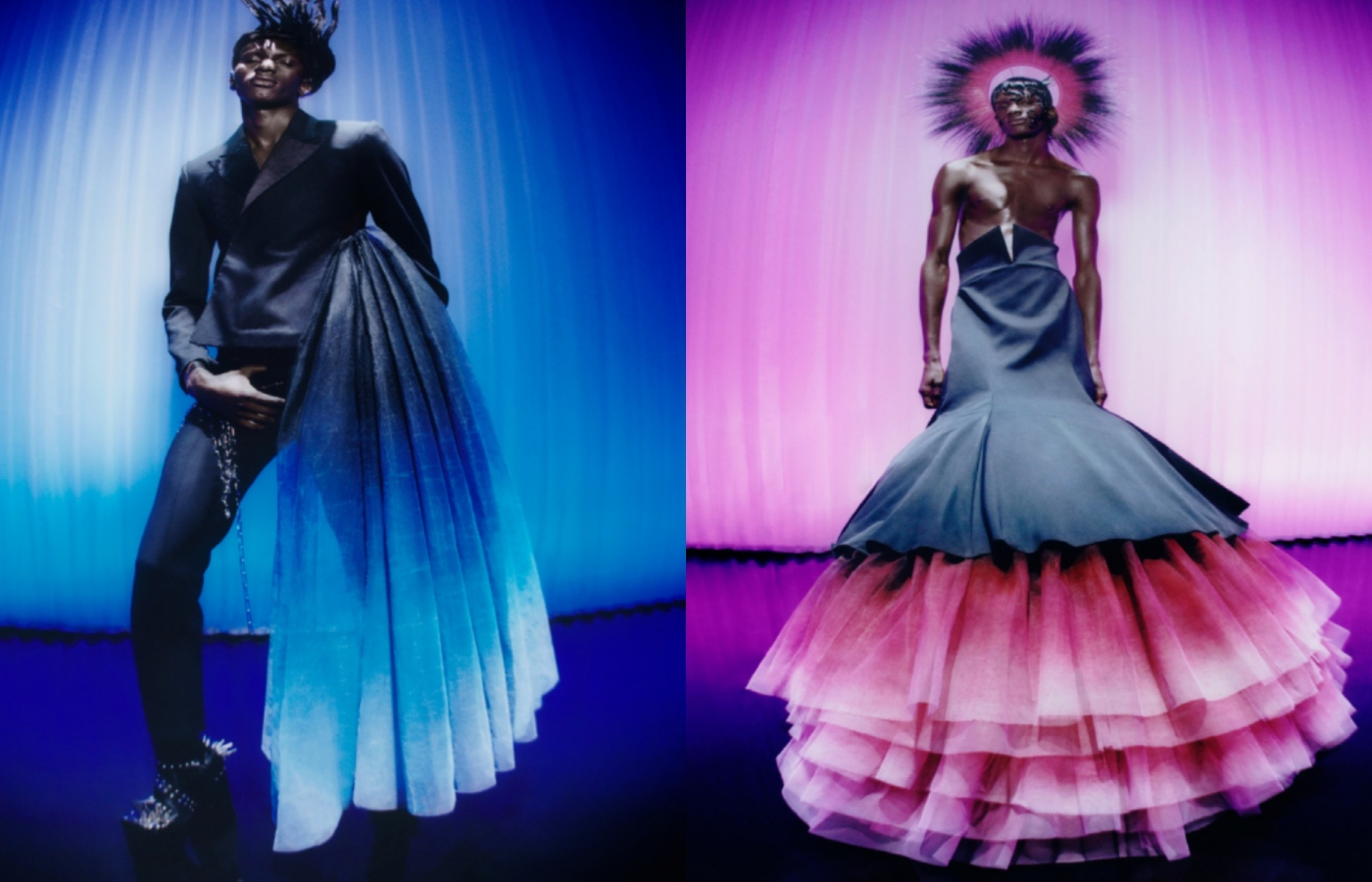 THERE’S no stopping Harris Reed. Since graduating from Central Saint Martins back in May, the British-American designer has become one of fashion’s most exciting new talents, with their decedent and fluid designs appearing on the world’s biggest celebrities, from Harry Styles and Rihanna to Solange Knowles and Florence Welch.

On Thursday, Reed made their off-schedule debut as part of London’s first-ever gender-fluid fashion week with a six-look demi-couture collection, titled For Now: Unexplained. Presented digitally in a sleek film by Jenny Brough, the line mixes Britain’s rich history of aristocracy with London’s punk movement through impeccable menswear tailoring elevated with explosions of hand-sprayed tulle in rich gradient shades that ooze aggressive glamour.

Custom Roker boots provide the footwear, while towering peacock feather headpieces created in collaboration with Vivienne Lake finish each gown, taking their inspiration from punkish mohawks and further accentuating the romantic grandeur of the silhouettes.

With many more exciting projects lined up for this year, including an ongoing makeup collaboration with MAC, it appears that this is still only the beginning for Reed. No doubt, the non-binary designer will continue to blow up, leading a new wave of talent and garnering numerous A-list fans along the way. One thing is guaranteed, we’ll all be holding our breath in anticipation of what’s to come. 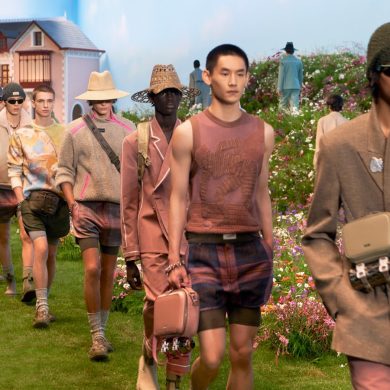