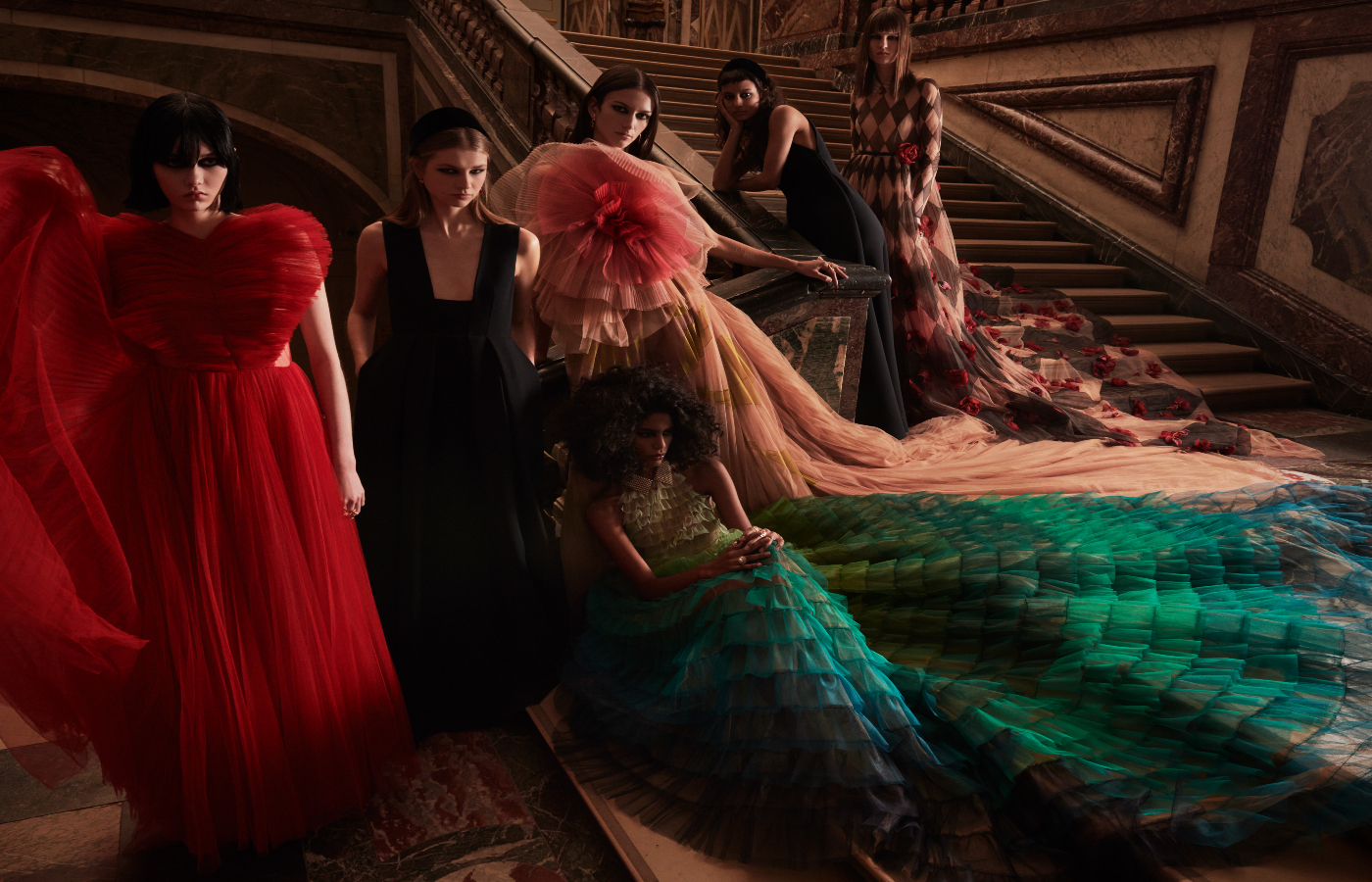 IN THE moonlit halls and labyrinthian gardens of the Château de Versailles, Maria Grazia Chiuri conjured a Dior spectacular that delved into the mystery and surrealism of our most beloved fairy tales.

This tale, however, wasn’t your typical happy-ever-after. Instead, the Italian designer looked to the sinister elements that fill the earliest stories, spinning them into an unsettling fantasy filled with frothy tulle gowns and cocoon-like capes.

Entitled Disturbing Beauty, the show was set in a crystal chandelier-lined corridor in the Galerie des Glaces. To put a dark twist on Versailles’s French Baroque grandeur, Chiuri placed an opaque brass mirror – designed by Italian artist Silvia Giambrone – in front of each of the room’s 17 arched windows.

The mirrors – waxed to shroud any reflection – were punctuated by acacia thorns and shared the space with a troupe of dancers in flesh-coloured bodysuits, led by Israeli choreographer Sharon Eyal.

The collection served to revisit and challenge archetypes in popular children’s tales by paying homage to age-old stories written by French women writers in which the female protagonists have far more complex and multi-layered personalities.

Against a harrowing techno soundtrack, produced by fashion’s favourite DJ Michel Gaubert, the show opened with a handful of black dresses; one in a pinafore-style with laser-cut detailing; another crafted from supple leather with puff-sleeves and a cinched waist.

A series of navy cashmere coats followed, with splashes of white and red that alluded to the uniform worn by toy soldiers. Black asserted itself onto a range of pieces from crisp cotton skirts to Bar jackets, some elevated with the Cannage motif, others with a large hood that channelled Angela Carter’s Little Red Riding Hood.

Chiuri’s strict colour palette softened with the appearance of glittering lamé and Lurex jacquards that lent a metallic sheen to leopard-print coats and off-shoulder midis. Elsewhere, red –a favourite of Monsieur Dior – illuminated capes and raincoats with tartan and an archival rose motif, evoking the original tale of Beauty and the Beast of which Chiuri is particularly fond.

Lace-up stompers paired with white bobby socks had a childlike Alice in Wonderland allure and accessoried looks alongside knee-high vinyl boots and monogram headscarves that are certain to play well with the Dior consumer.

The show concluded with a dreamy crimson-red tulle gown, playfully stylised with a heart-shaped bust, cementing the collection as one of Chiuri’s finest.

At a time consumed with longing for freedom, extravagance and new energy, this was a welcome dose of whirlwind escapism if there ever was one. 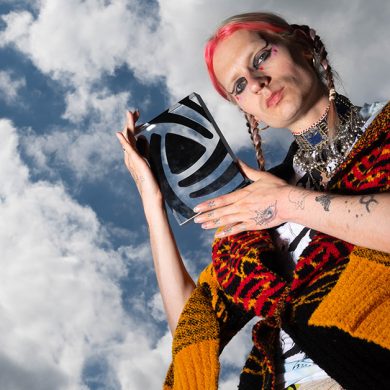