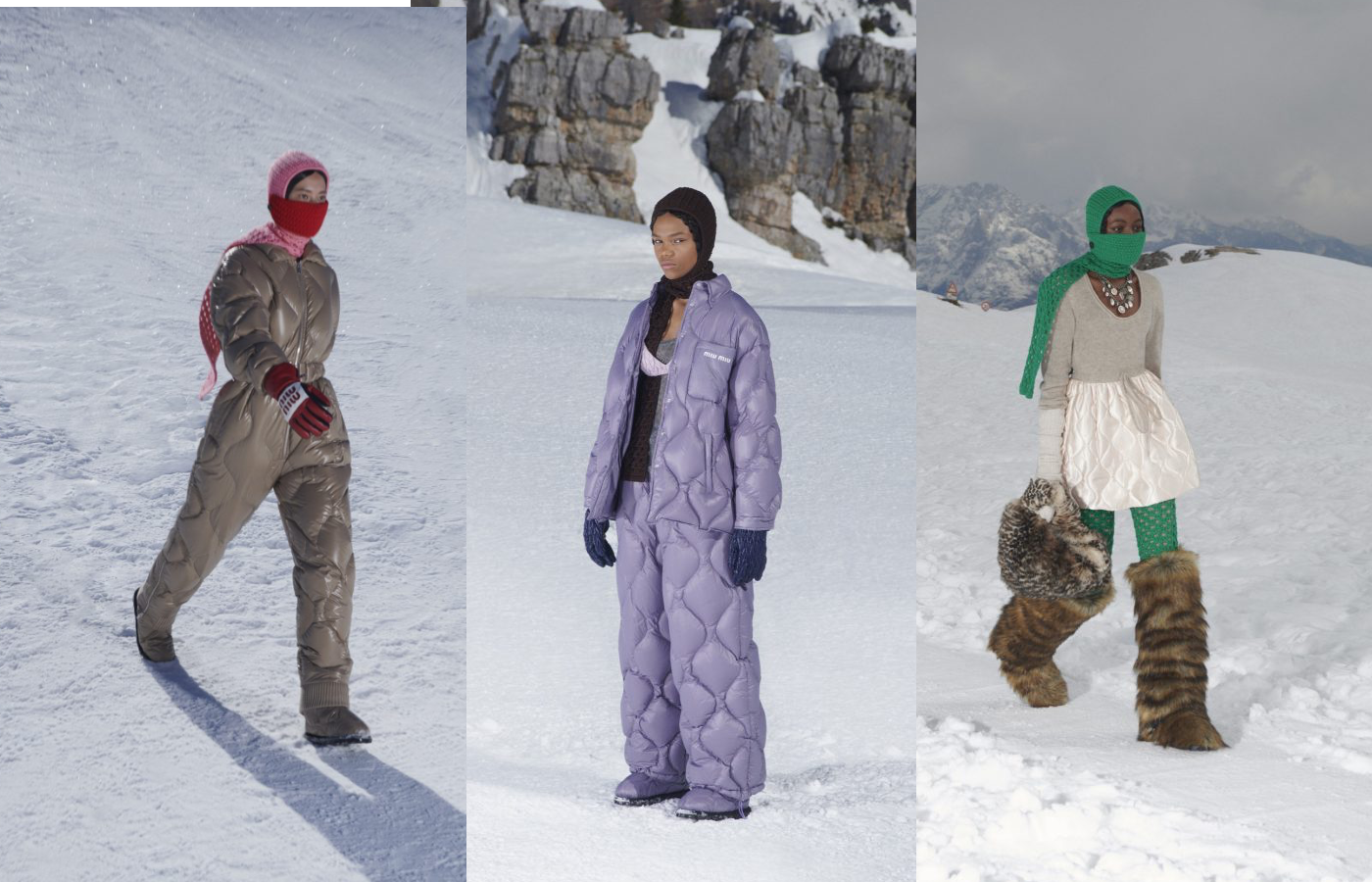 By Lily Rimmer
In FashionFashion showsNews

BRAVE HEARTS build new paths for the Miu Miu autumn winter 2021 collection. Like many other designers, Miuccia Prada used this undulant year as an opportunity to build a visual masterpiece, adding film-making to her bustling accolades. This sense of adventure and unfamiliarity was a consistent theme, not only in the creation of the collection but as a core ethos for the film as well. The result is a unique vision, a journey over the mountains, a fashion show in the snow.

As the film commences, we are encased by a wide shot of a model looking out from her knitted ski mask, her eyes tentatively squinting across a wide expanse. The lens shifts; encouraging us to explore the landscape of Cortina d’Ampezzo in the Dolomites Alps through the eyes of the model. A shift again; to a panoramic shot that introduces us to the first look stood beside the Miu Miu Mountain Club graphic flag (specifically created for the AW21 collection), an appropriate solidifier of the expedition theme.

As the model takes her first steps dressed in a baby blue padded two-piece with faux fur lining – leaving the prints of her embarkment behind – other models begin their adventure. An unspoken collective strength and a community of spirit is felt as the models come together for an ambitious undertaking, both physically and metaphorically.

Outfits combine different intentions, dreams and realities, with both protective and seductive elements uniting to denote a multitude of identities found within each woman. Lingerie and slip dresses are executed in heavy wools, the straps of dresses are emblazoned with warrior-like triangular studs, and helmets, commonly attributed to tougher elements, are made in exquisite crochet in the brightest of hues.

In doing so, the show presents the notion that there is a common thread running through every individual, as long as you take the time to look for one, to nurture it once you do, and to build an alliance from its existence. An emotive allegory to consider when understanding the wide reach of Miu Miu’s clothes.

The trend defining miniskirts of the previous collection are reimagined as quilted skater skirts at some points and, at others, with a diamond closed loop stitch that stays true to the original A-line shape. Likewise, the prim and pristine shirts from SS21 are transformed from their retro workwear spirit into a modern sharper cutting version, less focused on the print and more on the fit.

The embroidered studs and glass beaded detailing remains a prominent reference point for Miuccia Prada, as they reappear framing the square hems of dresses, the shoulder pads of over coats, the toe caps of heavy boots.

In a pretence of practicality, the language of sportswear intertwines with that of the delicacy of fashion as padded elements become subtle in their satin sheen and pastel palette design; ski boots take on a whole new attitude as thigh-high, faux fur fashion must-haves; and bodysuits are reimagined for a different kind of altitude, made out of cashmere knit with the additional protection of a quilted swimsuit layered on top.

In turn, Miu Miu rewrites the rules for those heading to the slopes this autumn.

As the film nears its climax, the models finish their journey and stand united around a central bonfire. It feels strangely symbolic of a dreamlike state, almost reminiscent of a ritual – perhaps to women?

Regardless, the models have come a long way since their cautious look across the landscape, as they now stand brave in the face of flames.

Next
Glass presents the Louis Vuitton livestream of the AW21 collection 21:00 HKT 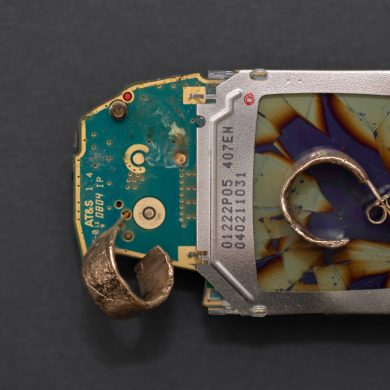