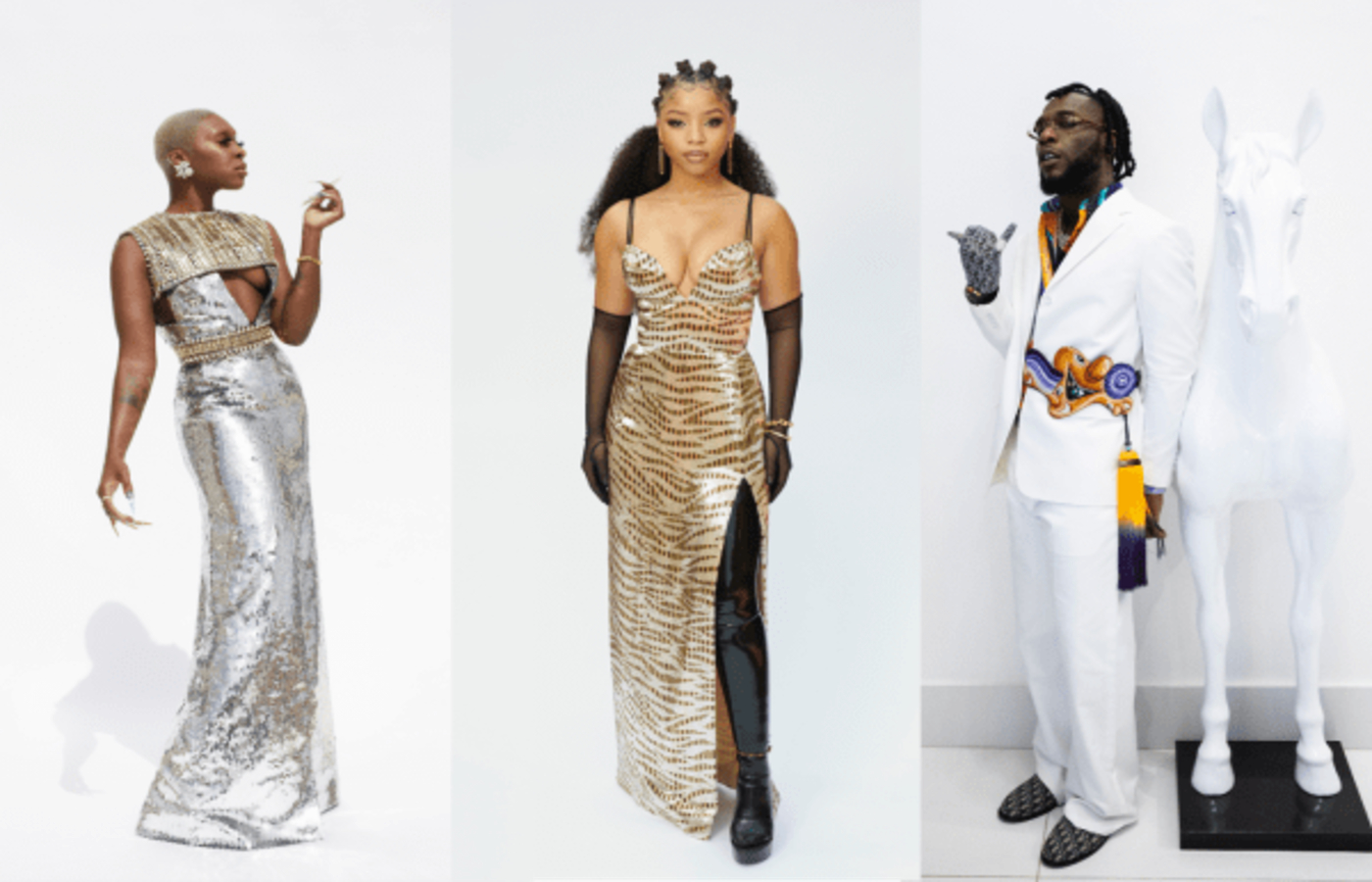 By Joshua Hendren
In FashionMain FeaturesMusic

THE LONG awaited 63rd Grammy Awards took place last night in all its glory, despite continued coronavirus restrictions, and their previous postponement. Much of the ceremony took place virtually, but a host of guests persevered in delivering the uncut sartorial drama that we have come to expect from the Awards. Below are Glass’ best dressed list.

Triple nominee Doja Cat wore Roberto Cavalli: a leather and feathered dress unzipped and paired with a punky mullet and suitably feline smudgy black eyeliner. Fierce and funky at once.

Lizzo shone in Balmain, with an eighties silhouette and noughties shimmer, dripping in Bvlgari diamonds.

The Haim sisters wore custom Prada in periwinkle blue: layered variations were tied together with pointed, sling back kitten heels. The looks were at once sharply contemporary, and paid homage to 1960s space-age silhouettes.

Louis Vuitton also dressed BTS, who were nominated for Best Pop Duo/Group Performance and made their debut solo Grammys performance.

Dua Lipa won Best Pop Vocal Album with Future Nostalgia and glittered in custom Atelier Versace. Her gown was rendered in the dreamy colour palette of the Aurora Borealis, entirely made up of crystal encrusted fine mesh.

Burna Boy won Best Global Music Album for Twice as Tall dressed in Dior. His shirt bore an all-over Dior and Kenny Scharf print, a motif that was also embroidered in silk on his orange leather belt.

Kali Uchis won her first Grammy for her collaboration with Kaytranada on 10%. She marked the marked the occasions in a mesh Mugler bodysuit by Casey Cadwallader.

Anderson .Paak won Best Melodic Rap Performance, dressed in full Gucci. He performed alongside Bruno Mars as part of duo Silk Sonic, having petitioned to be platformed at the event on Twitter.

Having broken the record for the most Grammys won by a female artist with her 28th win for Best R&B Performance, Beyoncé wore Burberry, designed by Chief Creative Officer Riccardo Tisci, to the Grammy Awards after-party.

Next
Saint Laurent unveils the One Minute Sculpture project