FOLLOWING its debut in Paris, Kim Jones took his Fendi spring-summer 2021 couture collection to Shanghai. Alongside showcasing the designer’s entrance into the Italian fashion brand, an exhibition of rare books and manuscripts was put on in the Shanghai Exhibition Centre.

The couture collection paid tribute to both the British Bloomsbury Group – a circle of writers, philosophers and artists present during the first half of the 20th century – and the rich history of Fendi. Taking the romance and liberating creativity that the likes of Virigina Woolf and Vanessa Bell were known for and sculpting it into a collection through the eternal techniques that the Roman Maison are recognised for, the codes of Fendi were reimagined once again.

Metal bound book clutches and text from Woolf’s letter to Vita Sackville-West in 1928 were embroidered into leather boots or inscribed into Mother of Pearl minaudières to illustrate the direct influence these English creatives had on Jones.

Delving into traditional Italian aesthetics, the marble palette of Rome’s Galleria Borghese was mirrored in the colour scheme of the looks, while woven jacquards and silk gowns were the canvas where Jones painted his picturesque harmony between the two motifs. Intarsia furs, hand-beaded tailoring, velvet ribbons and Karl Lagerfeld’s classic Karligraphy monogram were the small details that made the bigger picture so beautiful.

Together, the show and the exhibition showed presented Shanghai with the new Fendi. It brought Jones’ new take on Fendi to this audience where they saw a change from the typical European couture extravagance where sequins, feathers and tulle dominant collections, with this new, more understated collection that was equally as powerful as its counterparts. 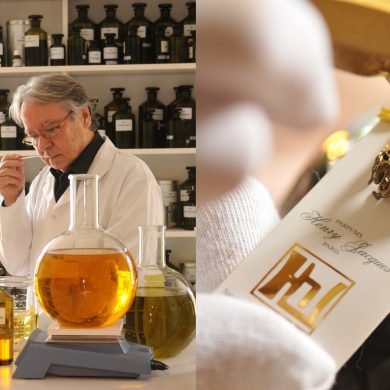