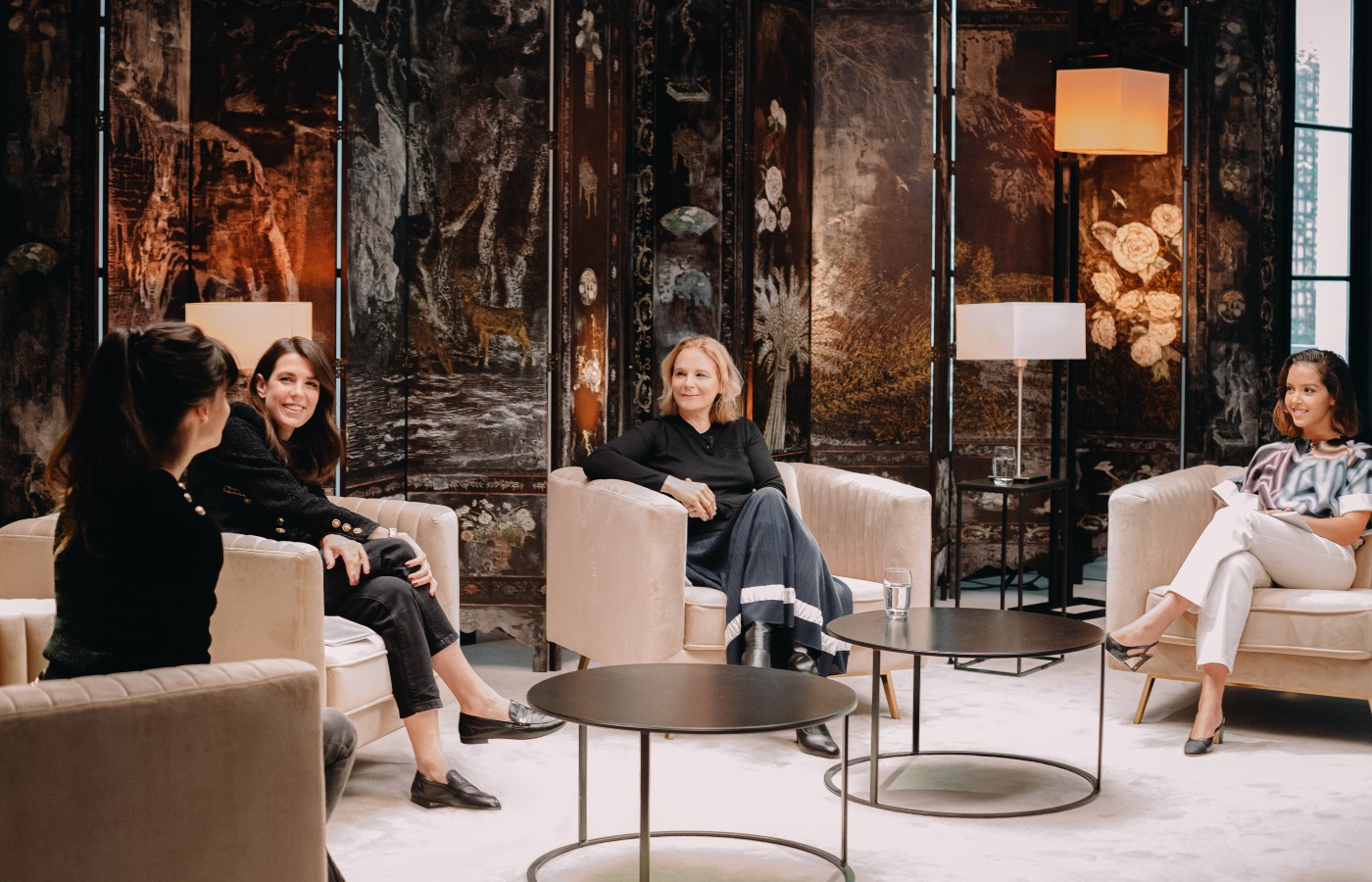 By Imogen Clark
In BooksFashionMain FeaturesNews

“HER writing is a writing of desire. She always invents a language to translate the untranslatable, a language of the body, a hyper responsive language in which the power of  words creates a feeling of dizziness and heady disorientation” explained Charlotte Casiraghi, a Chanel ambassador, spokesperson and host of the Rendez-vous littéraires rue Cambon about author Camille Laurens.

The French writer is not only known for her ten novels but also for her engaging literary column in Le Monde newspaper, capturing the hearts of the Parisian locals. Also, around the table sat historian Fanny Arama and up-coming actress Lyna Khoudri, who recently won a César for Most Promising Actress of 2020, who together discussed the idea of sisterhood.

Attempting to answer the philosophical question of ‘What happens to a girl in the course of her life, because she is a girl?’, Camille Laurens examines the fate of women and the female condition, while dissecting the notion of feminism contrasted by the thought of how women are invisible, or were at least until the 1960s female revolution within western societies.

Reading an extract from Laurens’ new novel, Fille, Charlotte Casiraghi’s perception of the piece sees herself being placed in the same position as the narrator, to question one’s own outlook by seeing your faults, whilst for Lyna Khoudri, she felt like Laurens’ words helped her uncover an invisible side to femininity and womanhood.

It won’t be of a surprise to hear that Laurens’ inspiration lies in similar strong woman, citing Simone de Beauvoir, Gisèle Halimi, Marguerite Duras and Virginia Woolf as people she admires. With this in mind, she rightly claims that “Language makes humanity grow”, and through the observation of strong female figures of the past, we can now see that women are no longer silent objects of desire but autonomous subjects, whom like her idols can create work that spans generations.

Mirroring the same sisterhood at Chanel, the iconic French brand began with a fearless woman named Gabrielle Chanel and has now been handed over to Virginie Viard.

Coming full circle, Camille Laurens finishes the Literary Rendezvous with the observation that the origin of the words ‘text’ and ‘textile’ are the same, and whether one is moved by words on a page or the fabric on a woman, the quest for freedom is constantly evolving and moving forward.

Watch the full event below

Next
Balenciaga presents a Glow in the dark capsule collection 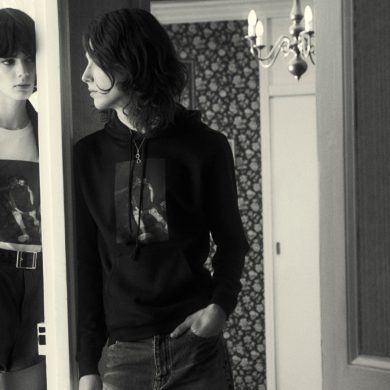