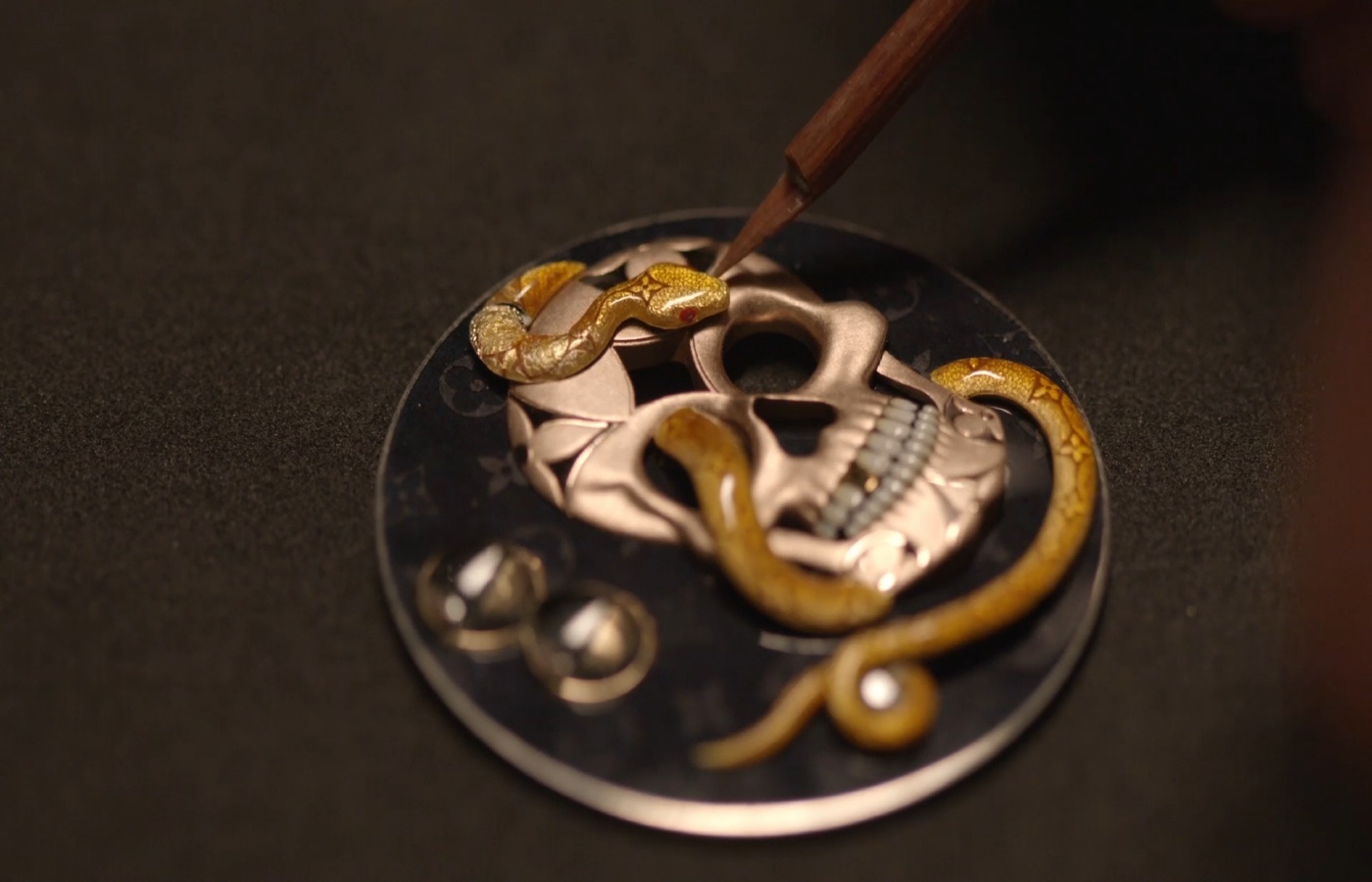 By Joshua Hendren
In Jewellery and watchesNews

AFTER two years of development, Louis Vuitton has presented the Carpe Diem watch at the Watches and Wonders 2021 fair.

Based on a jacquemart – an automata created to strike the hours on church bell towers – the spectacular model demonstrates unparalleled high-watchmaking prowess.

Developed and assembled at La Fabrique du Temps Louis Vuitton, the Carpe Diem features a masterful reptile-shaped push-piece mechanic that, when pushed, reveals the time on demand by activating the dial’s miniature scenery where a skull and rattlesnake indicate the hour and minute.

Over 50 hours’ work were dedicated to enamelling the Carpe Diem’s snake and dial. Crafted from 18K gold, the skull, reptile and hourglass are adorned by the Maison’s signature Monogram flower, appearing engraved on the skull, tattooed on the snake’s scales and imagined in blood red on the skull’s eye socket.

“Our aim was to get off the beaten track. We wanted to bring to the jacquemart our vision of the 21st century with all the energy and creativity characteristic of our brand since it began producing watches in 2002,” said Michel Navas, Master Watchmaker at La Fabrique du Temps Louis Vuitton.

“The prowess was to create a mechanical movement that is quite powerful to integrate and smoothly operate all these functions that had never been brought together before.”

Previous
Dunhill welcomes the spring with the Abrasion capsule collection 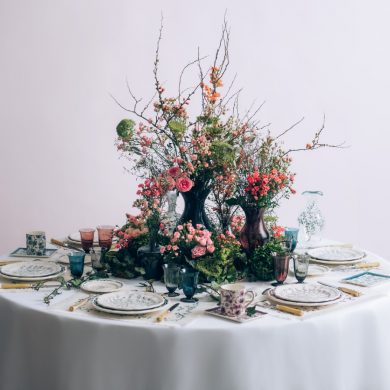