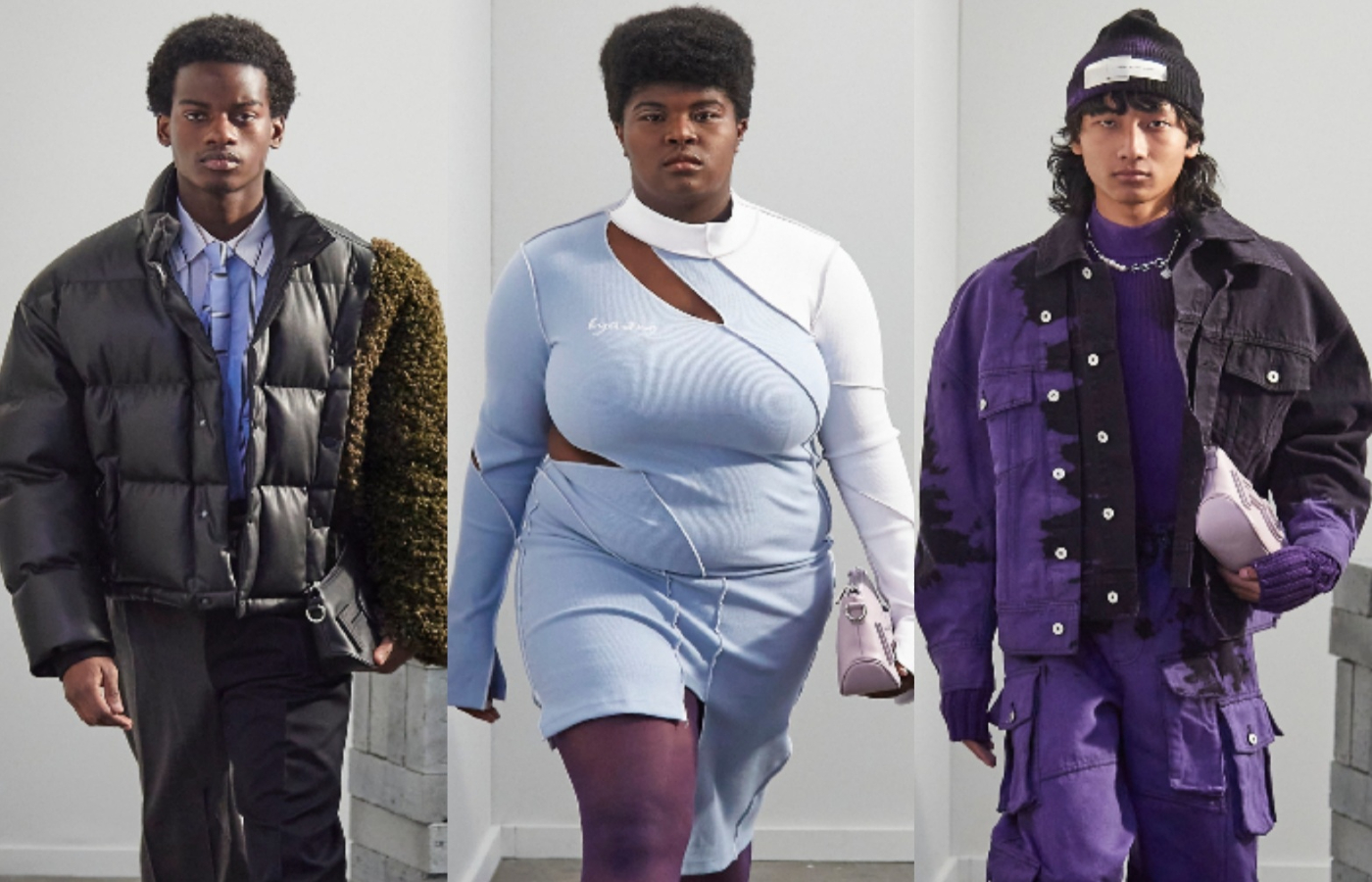 Spotlighting the rich history and culture of her home province of Fujian, each collection, Wang effortlessly breathes new life into ancient techniques and presents clothes that inspire hope and optimism. And, this season was no different.

Unveiled as a film shot in London featuring models strolling between four pared-back rooms, the collection, entitled Concrete, looks to the traditional process of brush painting – a craft Wang discovered as a child.

Giving the technique a contemporary spin, the designer worked with a local artisan to update her fabric’s dying and washing process, allowing the colours to come together in a vivid and highly innovative way.

Actual brushstrokes – which are a signature of traditional brush paintings – appear emblazoned on boxy bombers, shirts and the designer’s trademark trench coats, while ombré-dyed fabric elevates an array of denim styles – from cropped jeans to oversized jackets.

“It’s a poignant message for the season, which incorporates a new direction for womenswear, including unisex and only for-women looks,” said Wang. “To add, the Fenghuang also symbolises the union of the yin and yang, as well as other positive traits such as high virtue and grace.”

Next
Christopher Kane releases a Bridal Collection for 2021