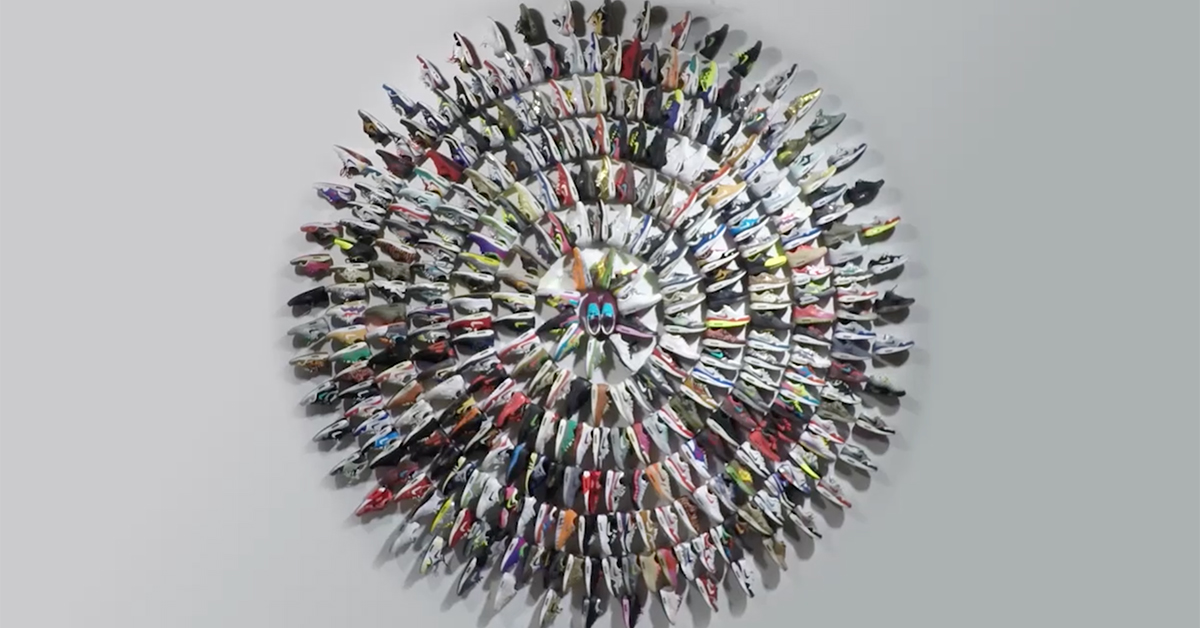 By Lily Rimmer
In FashionMain Features

STEVEY RYDER, @solelove1, is a collector of Air Max 1 and crowned a Master of Air by Nike ↓

BORN in the UK, Stevey Ryder, AKA Mr. AirMax1, tells me his obsession with footwear started after he moved to Oakland, California, at the age of six. “You had to solidify yourself as a youngster. The vision is to have swag kicks, swag jeans, swag tee – to just look swag.”

Moving back to London for secondary school, the first collector Ryder met was a fellow pupil who had a different pair of shoes for every day of the month, and this came to shape his own approach to collecting. Ryder speaks fondly of the ‘80s as a time when sportswear was finding a new purpose outside of the gym and inside the realms of fashion.

In 1987, the revolutionary Air Max 1 was created. Designed by Tinker Hatfield, the core inspiration for the shoe and its window to the sole was architecture, specifically the inside out structure of the Centre Georges Pompidou in Paris. “I remember I was in my mum’s car when I first saw somebody wearing Air Max 1s. We had only seen pictures of athletes wearing them up until that point. I was fixated on getting a pair.”

In stark contrast to today, “Air Max 1s had only two colourways in ‘87 and ‘88. Then they brought out the Air Max Light, Air Max 90, Air Max BW, Air Max 2 Lights, and then the 95s”. Ryder bought them all. “Before the internet, I would buy the Eastbay catalogues from the USA. I’d fill out the form, put in the number of the shoe I wanted, along with a cheque, and then wait for them to send me my shoes.”

Ryder would have to count on friends holidaying in new release countries to get his fill, or on exclusive shops in London that would charge a premium for their rare stock. “I remember the struggles of what I didn’t have and it makes me appreciative of what I have now.”

Exclusivity would cost you, Ryder tells me, and the internet has intensified this. With bots set to snap up new releases and social media dictating the next big thing, hype has driven prices to new heights. “People are into the resale of the shoe now rather than the love of it because there’s hype.” Luxury fashion houses have adapted to this new consumer by collaborating with sports brands on new designs.

Recently, the Air Jordan 1 High OG Dior trainer, retailing at £1,800, reached a resale price of £22,000 on StockX. “It’s psychological warfare that you have with yourself,” Ryder says. “If we [collectors] genuinely like it then we buy it. But if we like it because other people like it then it never lasts long because everybody gets bored. It’s all part of the game.”

Ryder has an expert understanding of the roots of the design and collaborated with fellow collectors Dwayne Williams and Stephen Kavanagh to curate an Air Max 1 exhibition in 2013. “For me, you have to understand the original before you can dedicate yourself to what comes after, appreciating the history and that pair’s journey is key.” Two defining moments of Ryder’s journey have been meeting with Tinker Hatfield to discuss bringing the Air Max 1 shape back to its former glory and being the first in the UK to design their own bespoke pair.

These are just two of the many anecdotes Ryder has to tell. Driving to Amsterdam to do a shoe swap that netted him one of only 16 pairs of shoes in the world, camping outside Footlocker for shoes that are now worth over a thousand pounds, and having a tour of the Nike headquarters in Oregon and their unseen sample colourways of Air Max 1s are others that I hear during our conversation.

Ryder finds “joy in a lot of things” and he wears his shoes to reflect that. “Colours make everything a bit more exciting.” Each pair in his collection has a bright hue, stitch, or swoosh. In 2013, Ryder launched his own clothing brand Foot-Balla, for those who want their wardrobe to match their most prized kicks.

When Ryder says: “Your shoes shouldn’t determine your collection. It should be the collector”, it is weighted with experience. Inevitably, in 2016, Stevey Ryder was crowned a Master of Air by Nike. His collection “contains a lot of memories of growing up because I’ve been there from the start. It’s my niche, it’s my history and I only feel complete when I’m wearing my Air Max 1s.” 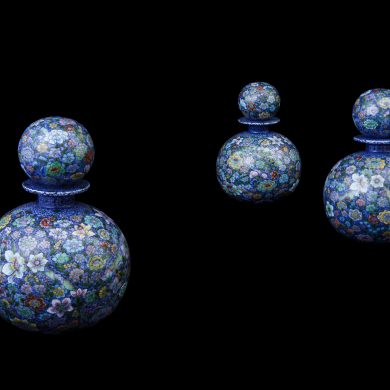