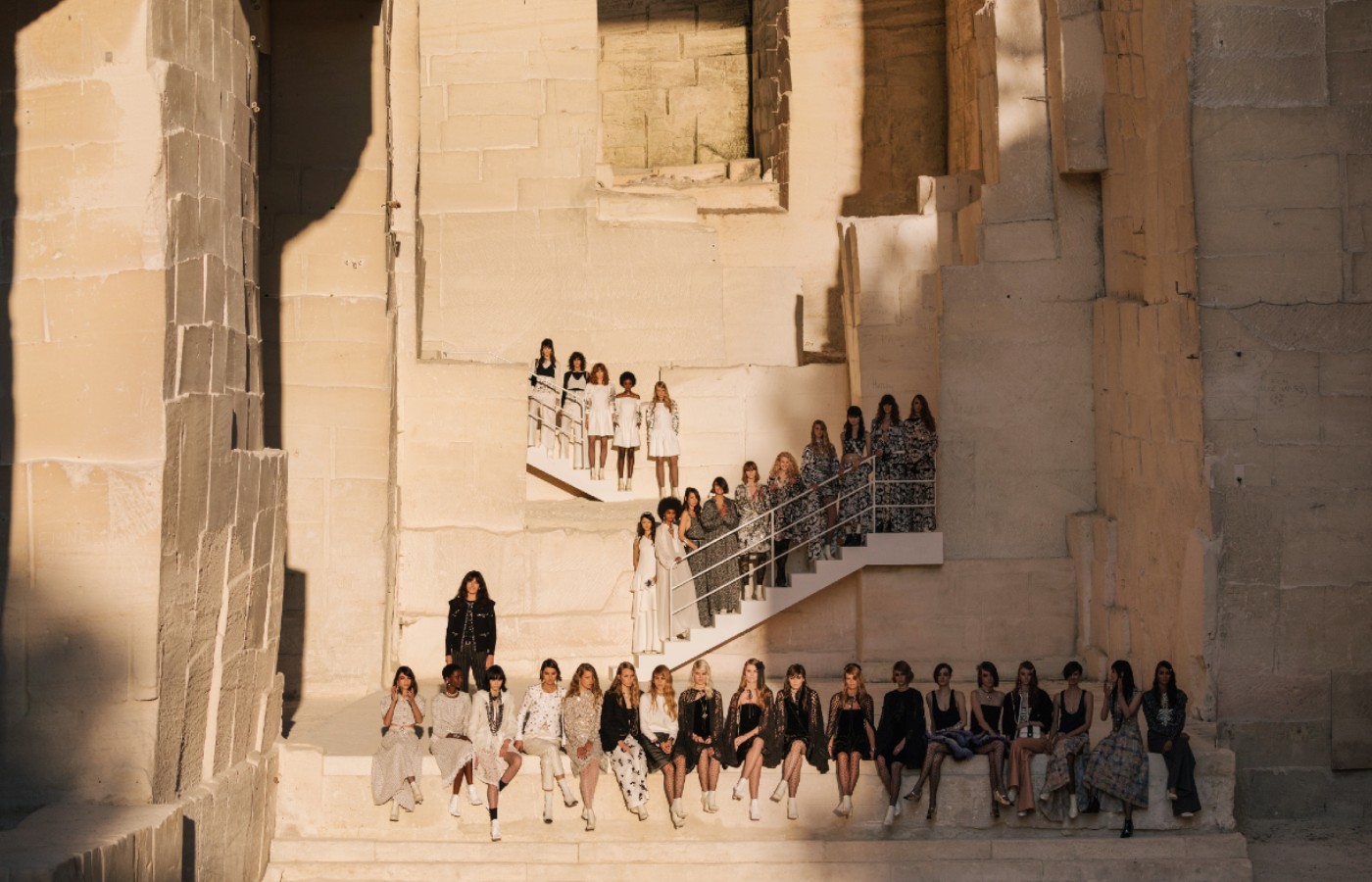 IT WAS her love of the 1960 film Testament of Orpheus together with Gabrielle Chanel’s admiration and close friendship with the director Jean Cocteau that Virginie Viard began to design the Chanel Cruise 2021/22 collection.

Referencing her favourite scene where “a man with a black horse’s head descends into the Carrières de Lumières, his silhouette cut out against the very white walls” that she describes as ‘magnificent’.

This juxtaposing, two-tone moment translated itself effortlessly into a very black-and-white collection, set in the Carrières de Lumières in Les Baux-de-Provence. Aiming for the same clean execution of the collection as Cocteau’s films, dainty white dresses were pictured with black macramé capes, or velvet black dresses with embroidered leather were matched with the classic tweed jackets in white.

To add another element to this collection, Viard wanted to take this contemporary contrast and infuse classic punk detailing. “I wanted something quite rock” begins the Creative Director, “Lots of fringes, in leather, beads and sequins, t-shirts bearing the face of the model Lola Nicon like a rock-star, worn with tweed suits trimmed with wide brains, and pointed silver Mary Janes”.

She wanted to reimagine the classic French fashion house but with the attitude of the sixties that we all wish we had experienced. Fishnets, bare torsos and heavy black eyeliner are the common denominators to creating this Mod-inspired Chanel woman.

The limestone quarry became the perfect runway for a collection that ultimately has rewritten the rules for the Chanel girl next season. Swap the subtle with the bold, and trousers for skirts as punk is back.

But rewinding back to the initial spark of inspiration, Viard ends by reminiscing on Gabrielle and her lifelong friendships that are a constant well of inspiration, “Ultimately, through her friendships, it is Chanel, the woman, that I love more and more: her life gives us access to characters just as extraordinary as herself.”

Next
Loewe Weaves launches collaboration in partnership with Sotheby’s 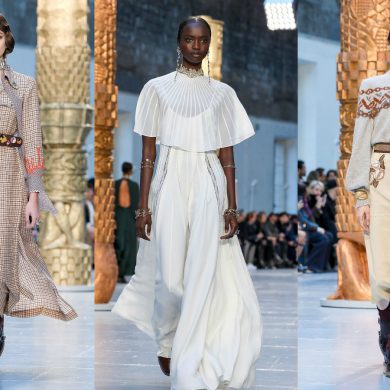