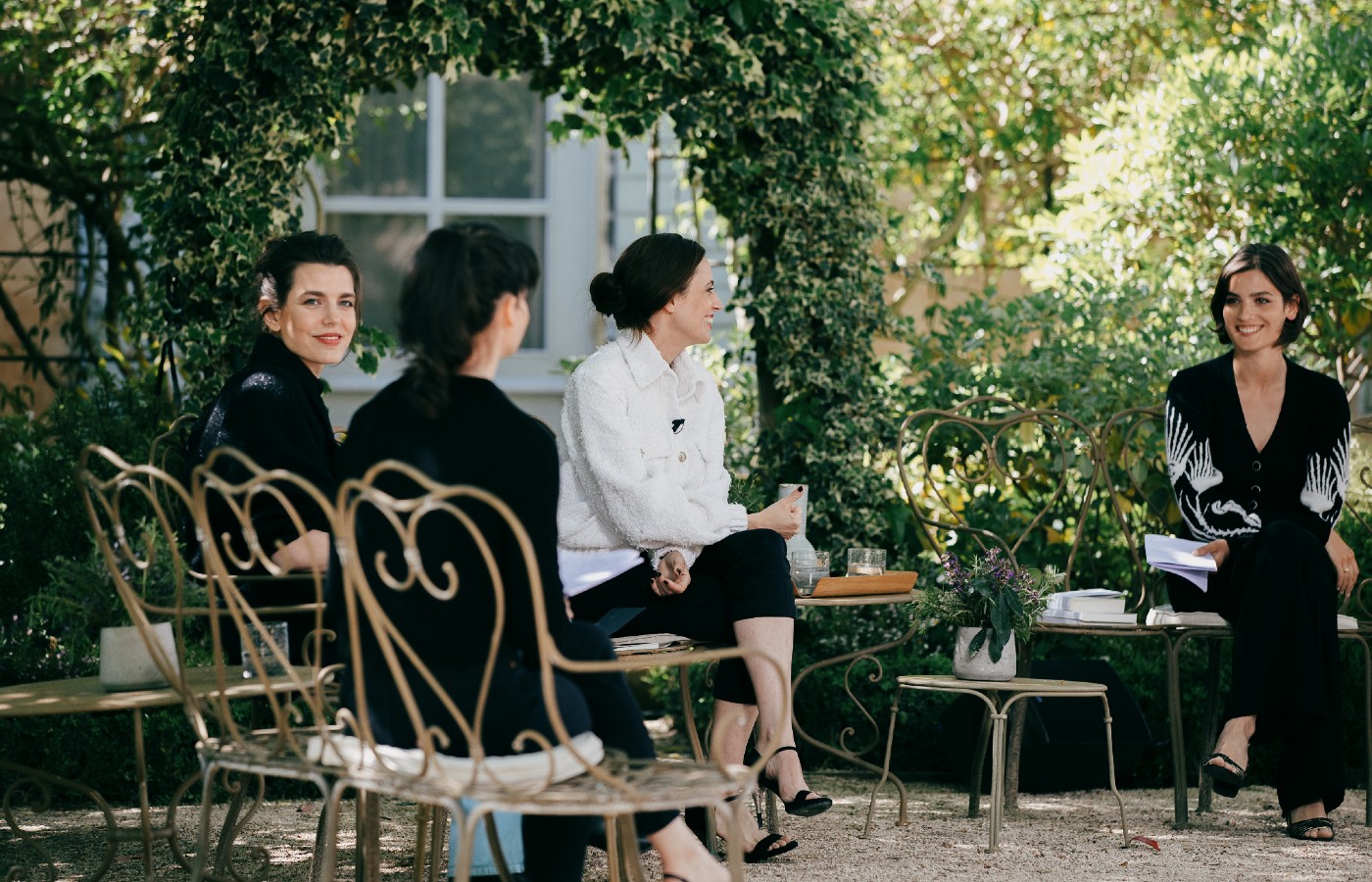 By Imogen Clark
In BooksCultureMain FeaturesNews

FOR THEIR third Literary Rendezvous and marking the Cruise 2021/22 show at the Carrières de Lumières, Chanel invited French writer and friend of the French fashion house Anne Berest to join. Joining the conversation, she hoped to use this “carte blanche” to “examine the way in which women have risen up against their fate as ‘characters’ to take ownership of their stories”.

A fitting topic to delve into with Chanel being founder, maintained and now run by women who have, in an arguably male-dominated industry, carried the fashion house through wars and economic hardships to today.

Together, Berest with host and ambassador Charlotte Casiraghi, Fanny Arama and actress Alma Jodorowsky examined extracts from Jeune fille by Anne Wiazemsky and Sagan 1954 by Anne Berest to help guide them to explore the notion of changing one’s narrative. Picking apart what stereotypes are attached to girls, the reasoning behind this being such a strong motif in the literary field, to name a few, whilst notably looking at the link between Anne Wiazemsky, Colette and Simone de Beauvoir.

Having this collection of women come together to explore the narrative of female emancipation are baby steps in changing the future of women and their portrayal, specifically in literature.

Glass experiences the historic capital of Japan at the Ritz-Carlton, Kyoto