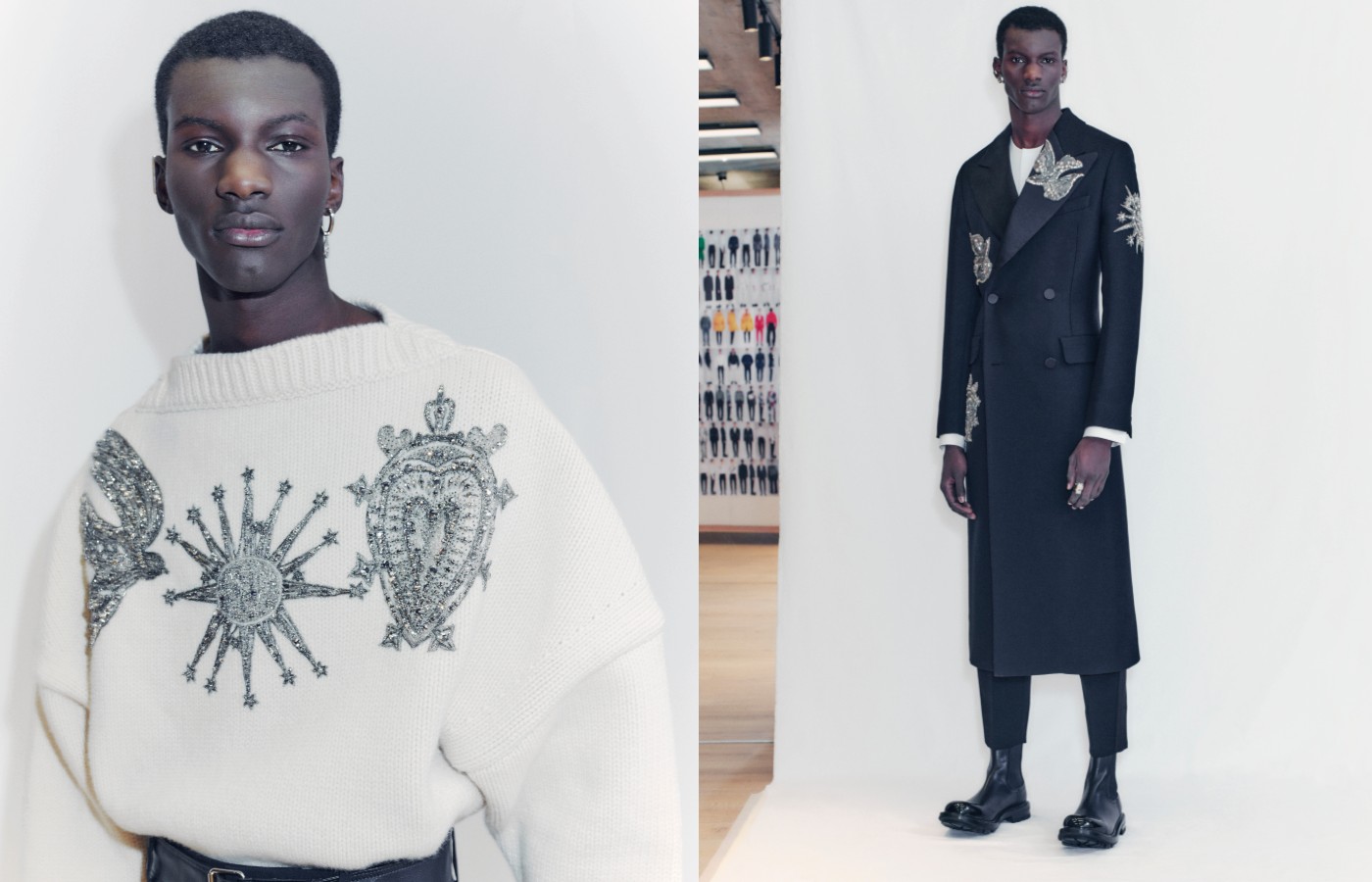 Referencing cuts, silhouettes and colour as the focus of the clothes, the McQueen man dabbles in-between urban luxe and traditional tailoring this season, a mere mortal per day and prince at night.

The 23-look collection begins with a play on dimensions as a double-breasted coat is finished with wide sleeves and a narrow waist while the technique of creating hybrid pieces returns with tailored jackets made from wool cashmere and stonewash denim.

Knitwear plays a lead role in this show as a crew-neck, black intarsia wool jumper is infused with ivory lambswool is an immediate stand-out piece, closely followed by a slash-neck chunky-knit wool and cashmere jumper finished with an embroidered crystal dove.

Staying true to the rigid protocols upheld in London’s Savile Row, the tailoring at Alexander McQueen never falls short. With the founder’s career beginnings starting on this street, every piece of clothing tends to begin and end in exact measurements rich with knowledge of form and structure. The double breasted jackets are designed with wide lapels this season and shirts have lost their collars and dropped their shoulders for a subtle hint of femininity.

Ending the collection with look fit for a king, Alexander McQueen left us all craving our own happily ever after. Presenting a double-breasted tuxedo jacket finished with intricate crystal, bullion and bead detailing of a dove, heart and sun – motifs quite literally threaded throughout. Paired with a pair of pleated peg trousers made from black wool and a tonal satin stripe on the side, the overall presentation of this is well and truly magical.

Another collection by Alexander McQueen that adds an extra layer of cement to their already established place at the forefront of men’s fashion. Steeped in fairytale motifs and a strong, dark colour palette, the Alexander McQueen man for next season is ready to take on the night.

Next
Louis Vuitton showcases their eyewear in a special digital campaign 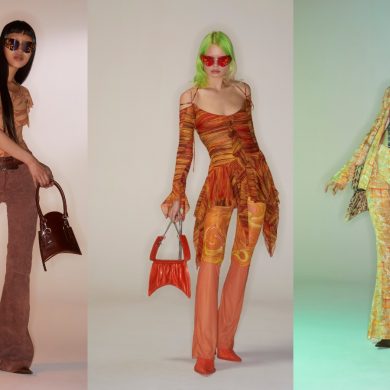