THE Loewe Foundation has announced the winner of their Craft Prize 2021. Fanglu Lin was selected as the winning entry with her work, She. The jury also agreed upon two special mentions, David Corvalán for the work Desértico II and Takayuki Sakiyama for Chōtō: Listening to the Waves.

The submissions are exhibited digitally via a beautifully rendered virtual walkthrough. Viewers are led through Great Hall of the Musée des Arts Décoratifs, its romantic architecture translated digitally via 3-D modelling, allowing the viewer an immersive and 360° experience despite physical restraints.

The Loewe Foundation began in 1988 as a private cultural foundation, established by Enrique Loewe Lynch, a fourth- generation member of Loewe’s founding family. Today, directed by Enrique’s daughter, Sheila Loewe, the Foundation works to promote creativity and safeguard arts heritage for all through its educational programs and advocacy of creatives in all forms.

This year marks the third iteration of the Craft Prize, an initiative launched by designer Jonathan Anderson in 2016. The Prize works to “acknowledge and support international artisans of any age or gender who demonstrate an exceptional ability to create objects of superior aesthetic value”. It demonstrates a commitment to platforming and nurturing a history of craftsmanship within the framework of Loewe’s contemporary work in design.

The presented works are varied; a full spectrum of ceramic, wood, metal, textile and stone, each rendered with extraordinary skill. While each is wholly different from the next, the collection uphold the subtly-toned and beautifully sculpted design language for which Loewe is known. 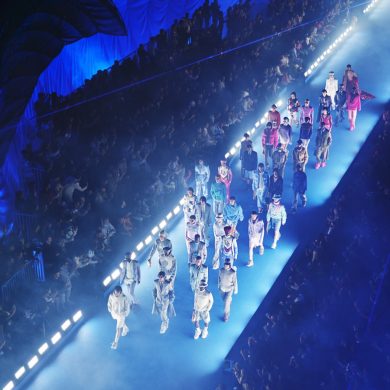