BACK for a second season, Louis Vuitton’s collaboration with the National Basketball Association (NBA) sees itself return with ‘90s basketball mania nostalgia. Fusing the French fashion house’s archives from that time with the cultural explosion that was occurring, bringing pop-culture, fashion and sport together, the collection ultimately celebrates inclusion.

The diverse nature of what was happening reflects what Artistic Director Virgil Abloh is bringing to the brand. With the help of Don Crawley, an expert who has perfected the art of merging design and sport together, Keepalls, blousons and shorts are reimagined with instantly recognisable elements from the sport adorned onto them.

The natural progression from the first instalment of this collaboration looks at creating the complete wardrobe. Sports players, specifically in this case basketball athletes have three main looks: travel, game days and press. With this in mind, casualwear like tracksuits and loose-fitting suits represent travel while shirts and shorts created with graphic, multi-coloured designs reflect game-day scenarios.

Bags are manifested in the forms of ball pouches and basketball carriers made from a brand new grain that has been specifically developed to evoke the same texture of the game’s ball – coming in both natural leather and black editions. Monogram ankle boots are contrasted with furry mules and slides are launched covered in letters to tie back into the three themes of wear Abloh was inspired by.

Lastly, the collection is finished with an array of jewellery that pays tribute to what the players would wear during the 1990s. Chain necklaces come in exploded dimensions compared to the more runway, chic versions previously seen at LV, as well as rings that mimic the vast proportions of the championship rings.

To ensure that this collection has fully immersed itself in the basketball culture, Louis Vuitton reveals their first-ever basketballs along with collectable hoops mounted on a backboard similar to the classic trunks the brand were founded on.

If there was ever a time to shoot your shot, it is now. 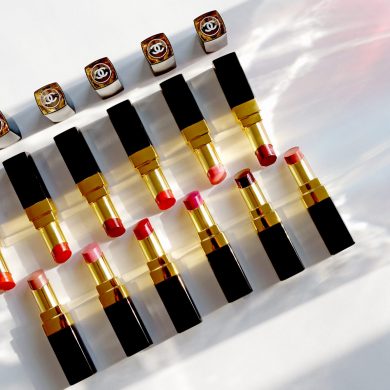