TO celebrate the six finalists of the prestigious International Woolmark Prize 2021, Saint Heron, the multidisciplinary platform and creative agency established by Solange Knowles, has created an immersive film that reflects on the challenge of forming a collection in surreal times. Entitled Passage, the film is directed by award-winning director Wu Tsang, with an original score by Standing on The Corner.

Each designer was tasked with constructing a sustainable, transparent collection with Merino wool, underlining the importance of ethically produced fashion.

Since its creation, The International Woolmark Prize has celebrated and nurtured talented designers across the globe, previously bestowed upon Karl Lagerfeld, Yves Saint Laurent and Giorgio Armani. Now orchestrated digitally, Passage is a sensitive exploration of sustainability, illuminating each designers’ stages of creation.

The designers will be judged by a panel of industry experts, consisting of Ibrahim Kamara, Tim Blanks, Carine Roitfeld and Sinéad Burke, among many other notable names.

The winner of the award will receive $200,000 to invest in the development of their business.

Speaking of Saint Heron’s collaboration with the International Woolmark Prize 2021, Solange Knowles commented, “In continuing Saint Heron’s world making practice, Passage further explores my interest in theatrical production through the translation of identity, spirit, philosophy and creation. Whether it be through album artwork, stage design, or filmmaking, I’ve always sought to create new visual languages that encompass the expressions my other works cannot communicate.”

The winner of the International Woolmark Prize will be announced on June 10, 2021. 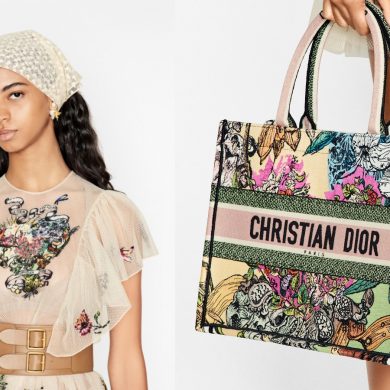