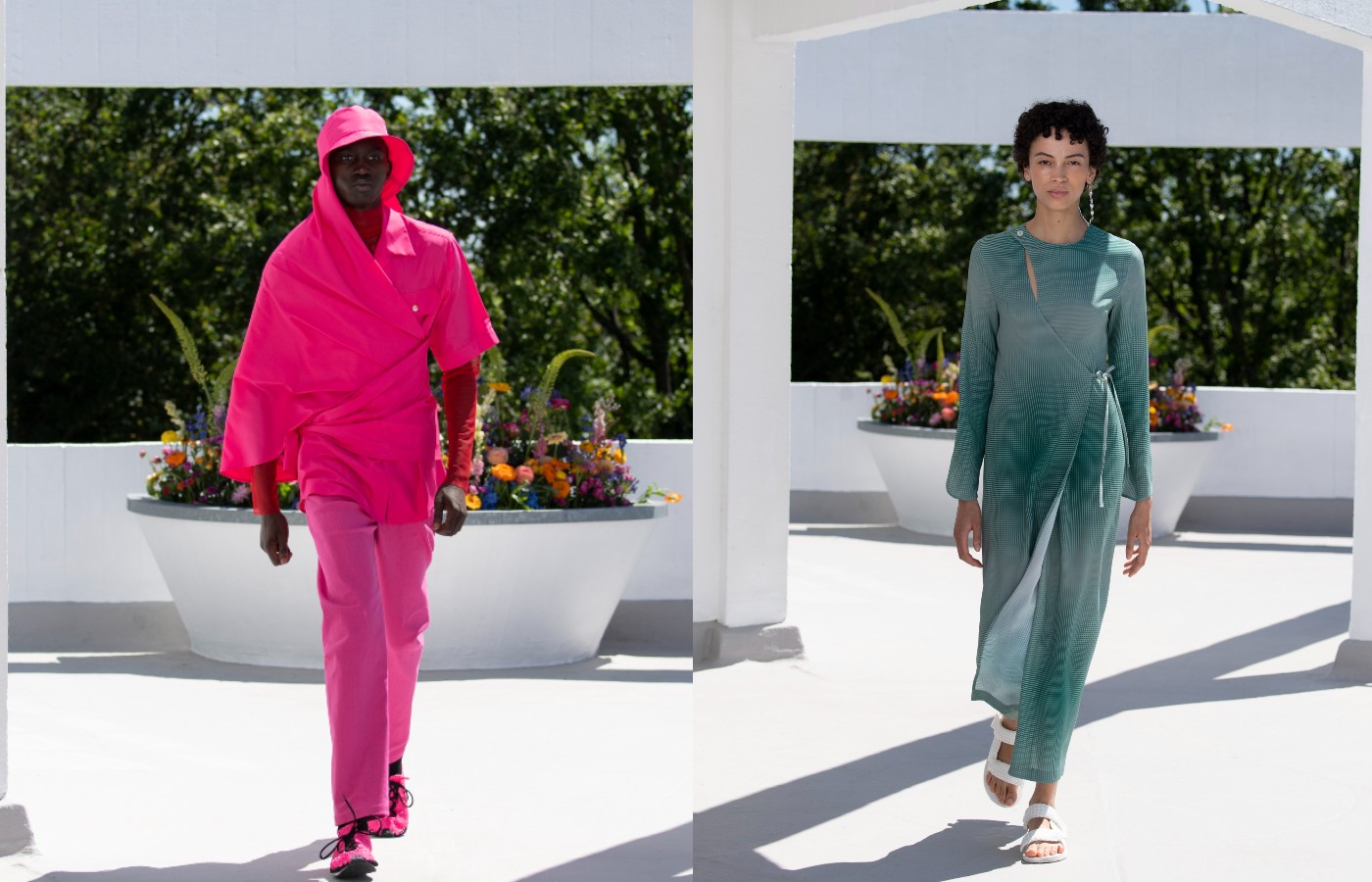 IF THERE is one word to describe the time we are currently living in it is hope. And with this notion, comes the understanding that what was broken can heal, which is exactly what Syrian poet Adunis hinted at in his work A Time Between Ashes & Roses – a piece written during the 1967 Six Day War.

Taking a slightly different perspective to the words written all those years ago, Qasimi presented their SS22 collection in the idyllic landscape envisioned by Christopher Tunnard and architecture designed by Sir Raymond McGrath.

The balance of the two artists draws parallels between muqarnas and brutalism, a juxtaposition that finds balance in this season’s clothes by presenting minimalism as the main aesthetic and exaggerated silhouettes as the canvas.

The womenswear sees itself with tighter fits as the body shape is emphasised through its cuts. This sees itself manifest into elements such as cinched waists but the tailoring counterbalances the ultra femininity with sportswear detailing.

Creative Director Hoor Al-Qasimi takes reference from traditional Emirati attire such as the Gulf dresses and the necklines hint at Indian culture, as angarakhi and nehru-inspired collars are embedded into the clothes.

The impressive skills found behind each Qasimi collection is heightened as traditional techniques, some nearly forgotten crafts of the past, are brought back to life through modern technology, ensuring that history has the ability to stay relevant today.

The designer herself spoke to Glass saying, “For this season we explored the relationships in the MENASA region by looking at the Indian Sub-Continent, we were inspired by the colours (pink, orange and pale blue) and the traditional angarakhi style and nehru collar.

“With reference to Islamic architecture, it transcends one specific country or continent and that’s also important to address. We are exploiting synergies as well as shared crafts, for example the traditional Emirati palm frond weaving that inspired parts of the collection can also be seen in parts of Southeast Asia as well East Africa.”

Continuing to shed a light on the beauty that the Middle East is built upon, there is no more relevant time to place a focus on UAE heritage. By exploring the common denominators in the different cultures of the land, Qasimi has once again designed a collection that takes us on a holiday when we once again are bound to our homes, and for that, thank you. 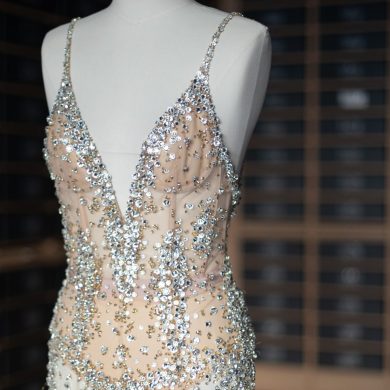