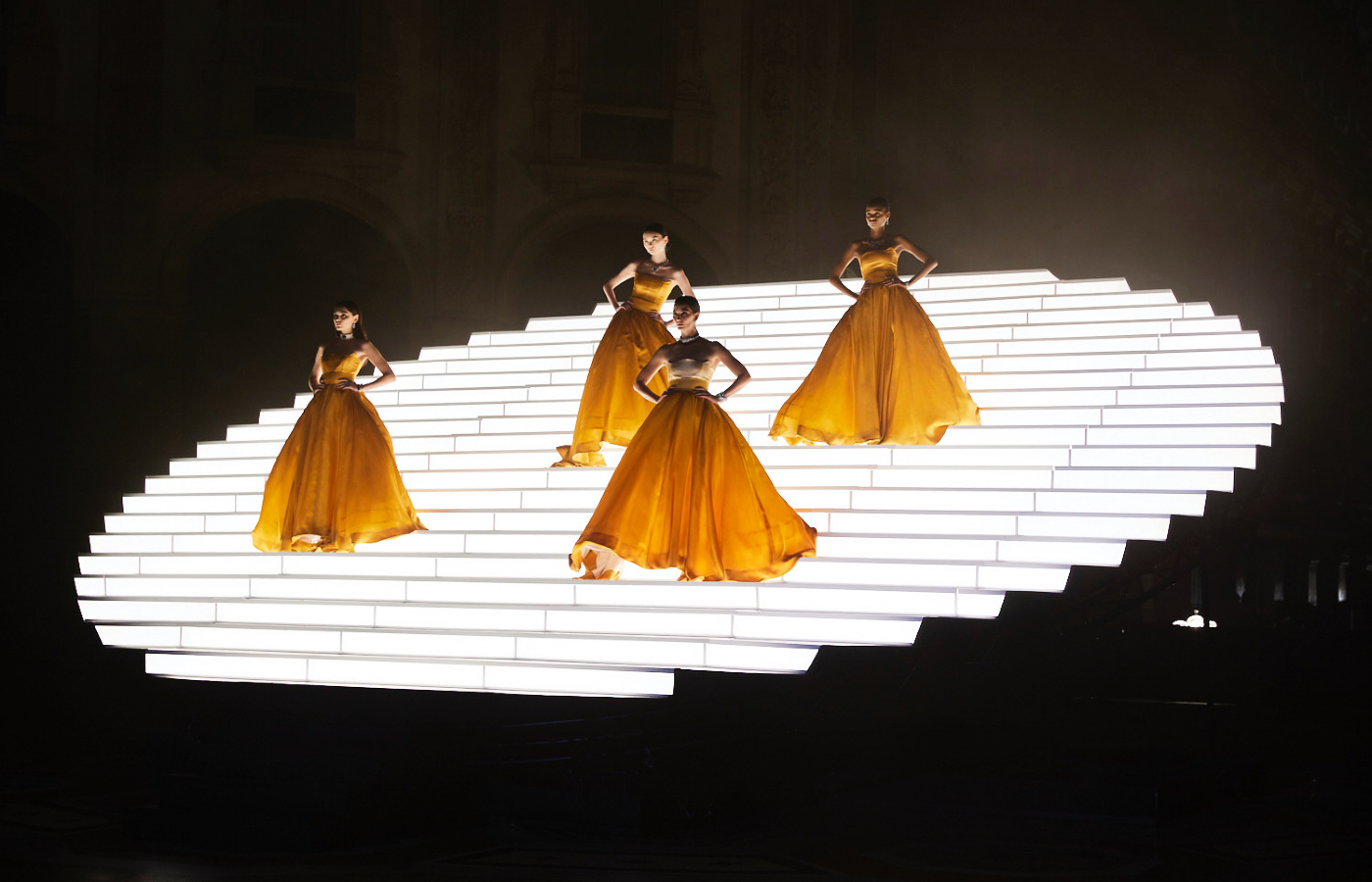 UNDER THE arching glass and cast-iron roof of the 19th-century Galleria Vittorio Emanuele II, Italy’s oldest active shopping gallery, Bulgari celebrated its biggest and most expensive high jewellery collection yet with a spectacular performance and runway show.

An ode to inspirational women, from 16th-century Italian Baroque painter Artemisia Gentileschi to the late architect Zaha Hadid, the Magnifica high jewellery collection totals a staggering 350 gems and watches, 122 of which have never been seen before.

Highlights include the glittering Imperial Spinel necklace which boasts a centre spinel of rich pink and fuchsia red that weighs 131.21 carats — the fourth largest in the world — and the Mediterranean Queen necklace, an outstanding display of five oval cushion-cut Paraiba tourmalines, cabochon emeralds and diamonds.

Inspired by Milan’s prominent global role in theatre, the Magnifica show — filmed by Italian emerging director Tommaso Ottomano in collaboration with AMO/Ellen van Loon and Giulio Margheri — began with a mesmerising performance by the legendary Andrea Bocelli, who offered a unique interpretation of Beethoven’s Ode to Joy.

The show closed on the gallery steps marking the end of an extraordinary ode to the city of Milan, which Bulgari offered further support through a donation to the Milan Municipality.

To view the full Magnifica high jewellery show, watch the video below: