DANIEL Roseberry confesses that this time last year he felt like he was designing for the end of the world – or well that is how it felt. But, a year on we are still here, so is fashion and the need for something thrilling, something to stir emotion inside of us is greater than ever. With this in mind, the task of stopping us in our tracks with something beautiful was what the designer decided to achieve for the Schiaparelli AW21 couture collection titled The Matador.

Roseberry has spent two years as creative director of the French fashion house, and within that short time, has continually strayed away from using nostalgia as a way to design collections. This season, however, he did the opposite. He mixed Manet with Lacroix, added some 80s, the concept of a Matador with a space alien (his words not mine) and a lot of colour. This concoction sounds like a distasteful disaster but at the very core of the brand is the idea of using fashion as the ultimate way of creating a fantasy, and here, the final product is nothing short of dreamlike.

Last season, the designer looked at deconstruction and decided to take the traditional rules of couture and throw them away. Now, the rules aren’t necessarily back to be followed but “sometimes you have to rebel against beauty in order to return to it” states Roseberry. Make no mistake he is not romanticising the past but instead uses the different elements of inspiration and puts them together to allow the wearer to play make-believe.

The AW21 collection comes in three sections. The first shines a light on the jackets that gained popularity when founder Elsa was in charge of reimagining the modern-day woman’s wardrobe. Bringing back the iconic silhouette in cropped white embellished denim and barrel sleeves and silk tassels – very Matador like, hence the name.

Another direct reference in terms of jackets was the heavy black wool crepe with curved sleeves finished with pink silk roses reminiscent of the 1937 Jean Cocteau x Schiaparelli version, not forgetting to mention the multi-coloured peau de soie made from vintage Lesage swatches found in the atelier.

The middle part of the collection brings the reoccurring focus of body and jewellery to the forefront. The dialogue between contrasts is something that will certainly make you stop and stare for a minute. Hard against soft, machine versus human and metal next to fabric are three juxtapositions that show you the wonders of being brave as a designer (as we said, the rules do not apply). Some highlights are the torso molds and the signature eye accessories in Giacometti-inspired gold; both immediate contenders for the red-carpet best-dressed lists.

Finally, the last part of the collection looked at colour. An intentional explosion of shades throwing monochrome out of the window and putting nude shades to bed.

If there was ever a time to celebrate life, then Roseberry’s AW21 collection could not have come at a better time. It is unapologetic from start to finish and makes you fall in love with fashion again. It doesn’t take itself too seriously and reminds us that there is as much joy as there was before, so why not wear it too?

Next
Rosewood Hotels and Resorts launch Summer by Design 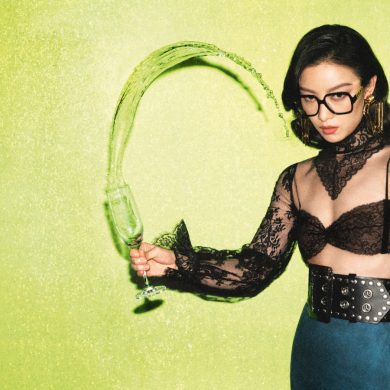