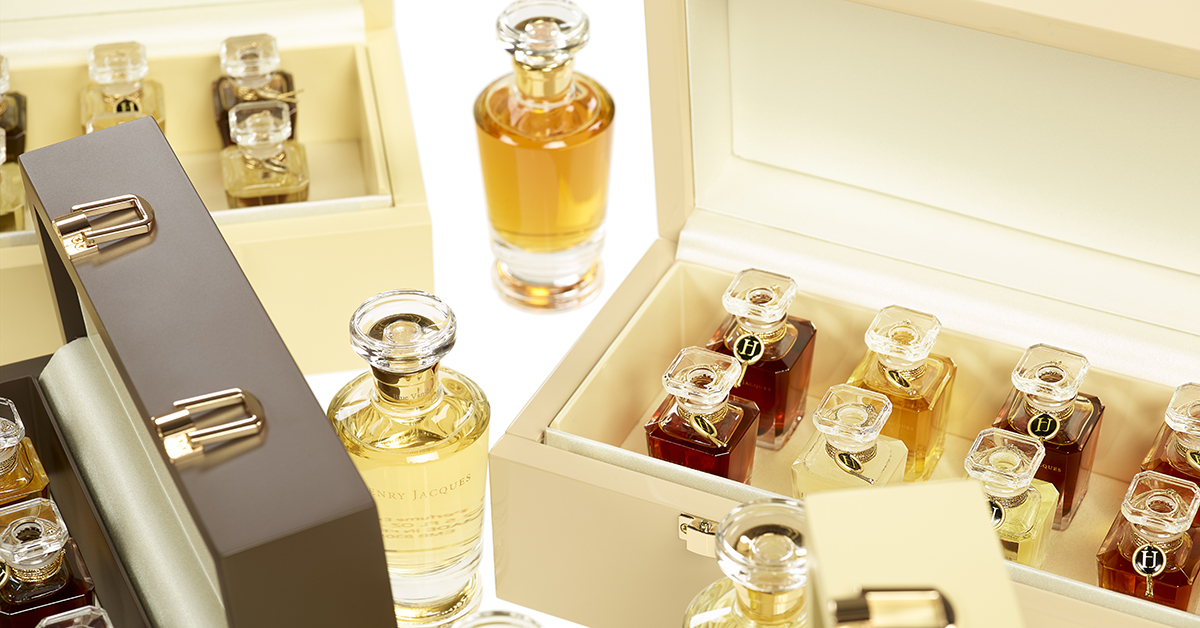 FRENCH haute parfumerie, Henry Jacques, have launched a dazzling selection of perfume boxes. Crafted to encompass your personal collection of Les Classiques and Les Brumes perfume ranges, the box takes the form of an ancient treasure chest, reviving a sense of grandeur.

Meticulously designed to simultaneously protect the glass perfumes and reflect each bottles exquisite craftsmanship, the box can display up to ten crystal falcons.

Available in four colours – taupe, brown, beige and pink – these perfume boxes are complimentary with the purchase of three, six or ten bottles of Les Classiques or Les Brumes.

Each bottle of a Henry Jacques perfume simmers with the essence of French sensibility, merging luxurious, rare notes with enthralling concoctions, establishing the perfume house as the purveyor of refined taste.

The faintest hint of a certain scent can instantly conjure a torrent of treasured memories, and this perfume box is an extension of one’s personality, embracing a profusion of precious stories to indulge in.