BACK IN March, Chanel launched its global Culture Fund — an international programme of partnerships supporting artists and creators who are generating fresh ideas and wider representation across the arts.

With its dedicated Chanel Next Prize supporting ten individual game-changers, the fund focuses on “cultural innovators around the world who are mapping out what’s next and new,” says Yana Peel, Chanel’s head of arts and culture.

Now, furthering the House’s dedication to the arts, Chanel has debuted a new short film showcasing the fund’s five partners and spotlighting its newly-launched global programme of initiatives.

The National Portrait Gallery in London is one of the institutions that has partnered with Chanel’s Culture Fund. With a new three-year project, tilted Reframing Narratives: Women in Portraiture, led by Chanel Curator for the Collection, Flavia Frigeri, the partnership aims to enhance the representation of women in the Gallery’s Collection when its re-opens in 2023 following a major refurbishment.

The remaining Culture Fund partnerships include a collaboration with The Underground Museum in Los Angeles on The Noah Davis Prize, offering three new fellowships for curators innovating in their field.

A multi-year programming initiative with the Centre Pompidou in Paris focused on interdisciplinary collaboration between designers, artists and scientists to create new ecologies for sustainable cities and communities.

And, Shanghai’s Power Station of Art’s new Culture Producers Programme, which focuses on showcasing new ideas and emerging movements in craft and architecture in Mainland China.

“From the outset, we sought to develop the Chanel Culture Fund with a truly global scope, reflecting our commitment to the diversity of art forms and artists worldwide,” says Peel. “The Culture Fund represents our House’s belief in the central importance of supporting individual creativity and nurturing human potential to drive innovation.”

Previous
The Loewe Foundation opens submissions for the Craft Prize 2022 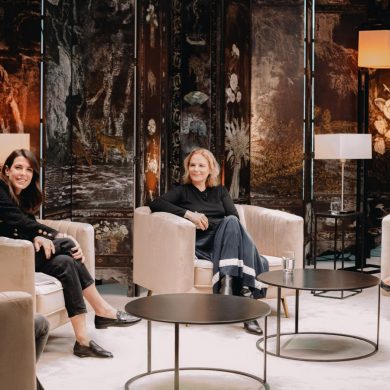