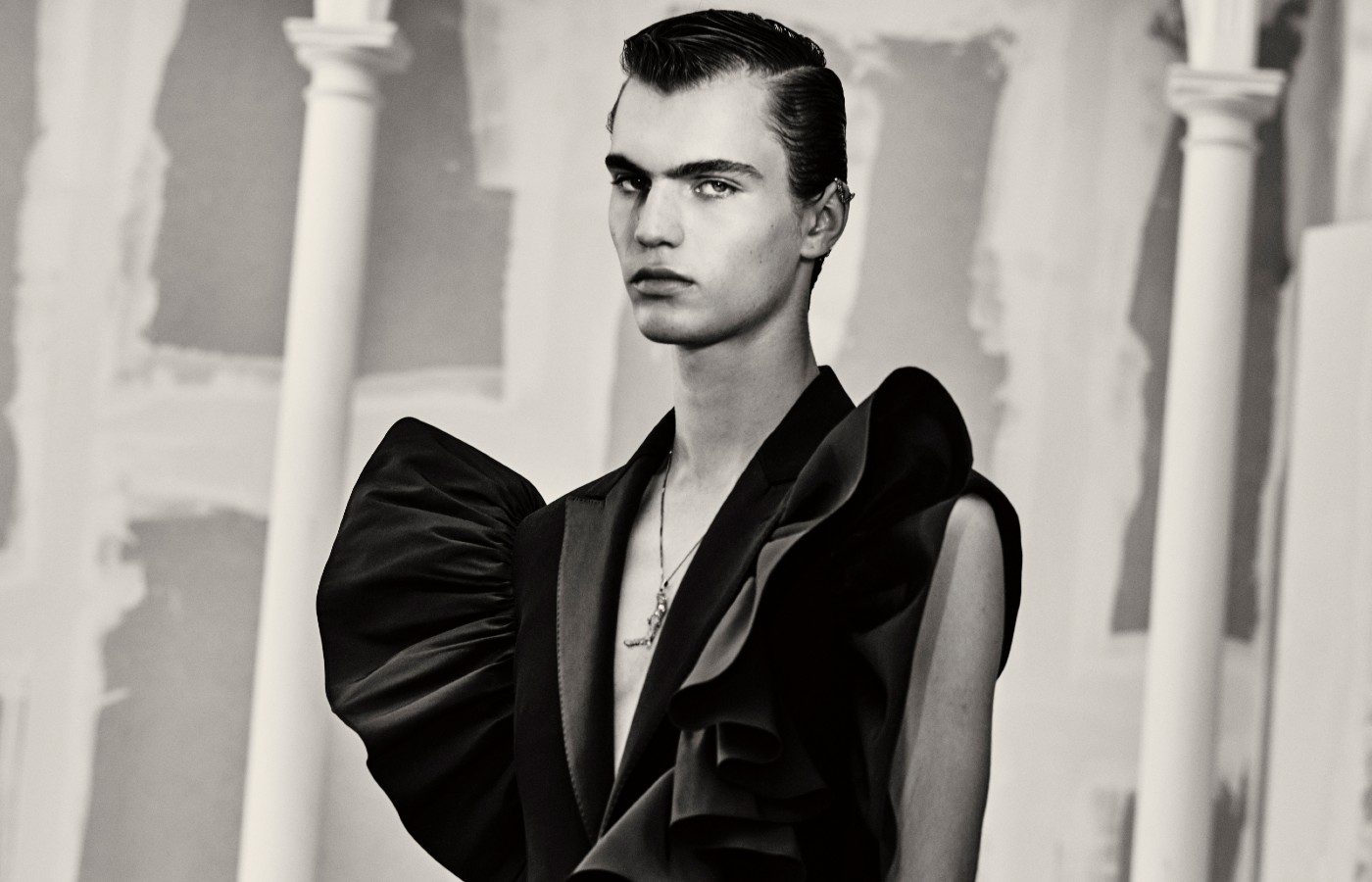 WILLIAM Blake was more than just a poet, painter and printmaker. He is associated with some of the most radical thinkers of his time due to his nonconformist perspective, a little bit like Lee Alexander McQueen all those years on.

Both seminal figures of their craft, one contributing to the Romantic era and the other drawing inspiration from it, Creative Director Sarah Burton’s choice of influence this season seems natural, to say the least.

Taking the idea of imagination as a form of escapism, the element of water and the work of William Blake, the Alexander McQueen SS22 menswear collection has come together to create a muted, understated collection where the devil is in the detail.

Referencing the brand’s SS1997 collection where zippers were threaded onto tops and skirts hinting at a chance to see more, Burton brought this idea back to life. Zip detailing spiralled across the sleeves of tailored single-breasted jackets that are paired with matching trousers lined down the side with the metal.

Other canvases for this detailing was the slash-neck jumper finished with the gold McQueen script typography across the front and zips enhancing the silhouette, while the ivory coat found the silver zips on the back.

While the use of cerulean blue and scuba wool emphasised the team’s focus on water, the occasional pop of ice pink injected some femininity into the clothing. Working closely alongside the womenswear team, this collection continues the his-and-hers dialogue that connects the two sides together, but the crossover is far more evident this season.

Exploded ruffles in poly faille and print mirror motifs seen in previous women’s collections and a notable look is the t-shirt dress that combines the mundane vest found in our wardrobes combined with a bodice and ruffled full-length skirt made from the surplus shredded chiffon, tulle and organza from the studios.

Playing with both androgyny and more feminine focused detailing, the piece was aimed at bringing beauty back into the ordinary by turning an everyday garment into a couture piece.

Blake’s contribution to the collection is the use of his famous series of watercolours based on Dante’s Divine Comedy. Delving into the subject of morality and its contrast with materialism, his paintings were turned into bleached prints that manifested themselves into jacquard and printed wool, silk and poplin, continuing the narrative of escapism through this literary route.

Previous
Glass speaks to Merve and Beste Manastir, founders of Manu Atelier about their new collection and campaign