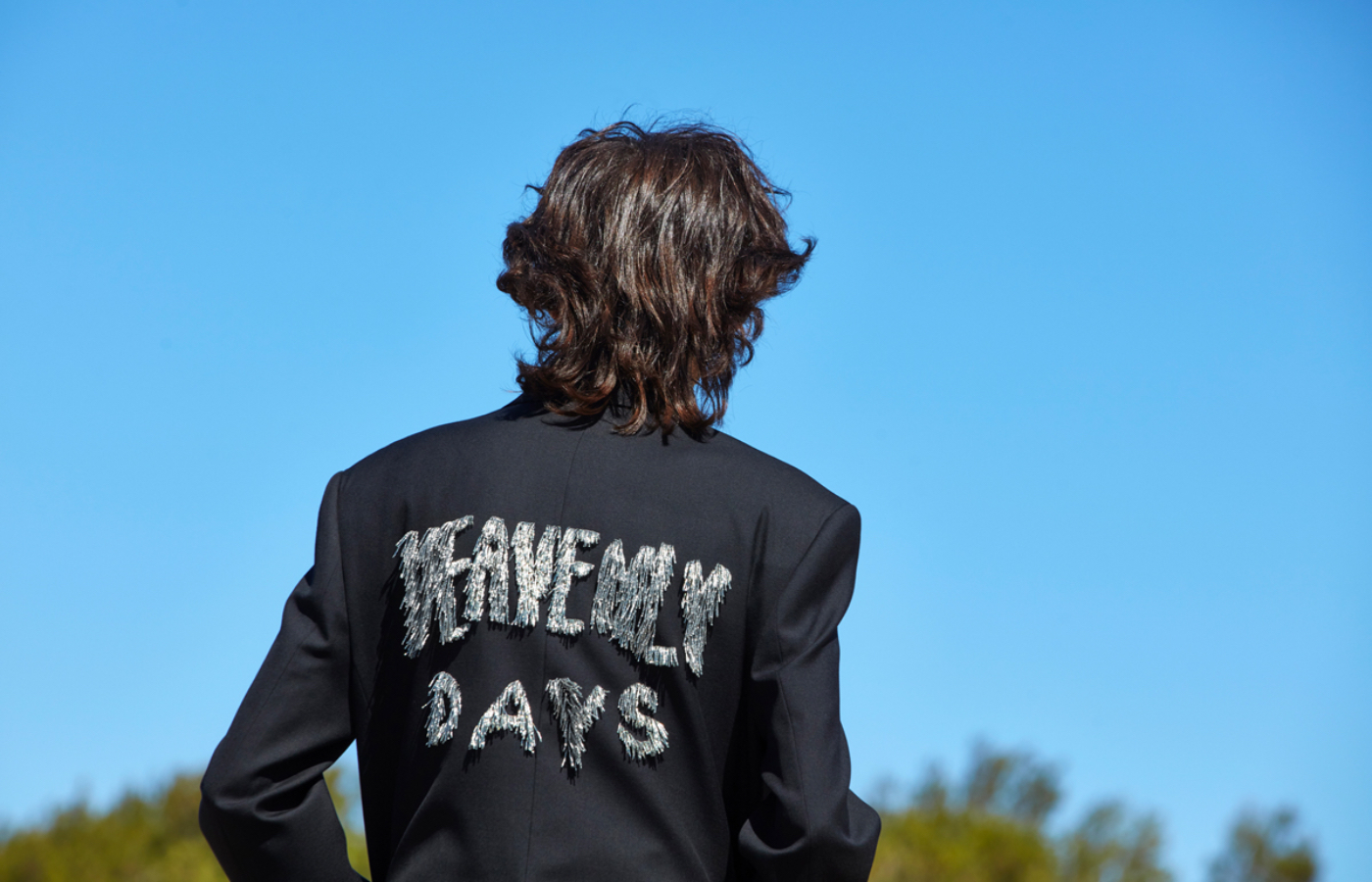 ON THE Île du Grand Gaou, a petit shard of paradise in the south of France, Hedi Slimane’s signature brand of rock and roll indie boy-cool hit full throttle with his latest fashion show for French Maison Celine.

The short film, captured by hovering drones, was Slimane at his finest, with the punk-era silhouettes and counterculture inspirations that the designer has been mining during his tenure at the House appearing more refined and fluid than ever.

To the tune of LA artist Izzy Camina’s Up N Down, the collection, titled Cosmic Cruiser, kicked off with a group of freestyle motorcyclists from the team FMX4EVER racing through the beachside grove on KTM 250 SX motocross bikes before heading to a Celine-ified black racetrack-cum-runway, where the first look debuted.

A leather waistcoat, drenched in silver rhinestones and thrown over a sequined vest and studded leather choker, opened the show, paired with the brand’s new ultra-baggy Elephant jeans – indicating an entirely new look for the designer ubiquitous with the popularisation of skinny denim.

A mix of glam rock-inspired suiting followed, one with a black blazer punctuated with the words Heavenly Days on the back in metallic fringing, another entirely blanketed in silver sequins that glittered against the harsh rays of the summer sun.

Celine also partnered with a new crop of 14 artisans for the collection, whose artwork can be seen peppered throughout on motorcycle jackets and ultra-loose shirting. 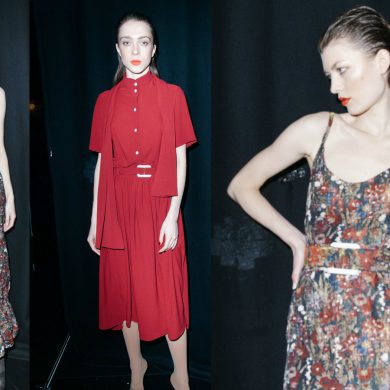 Glass looks back at the Edeline Lee show for LFW AW20