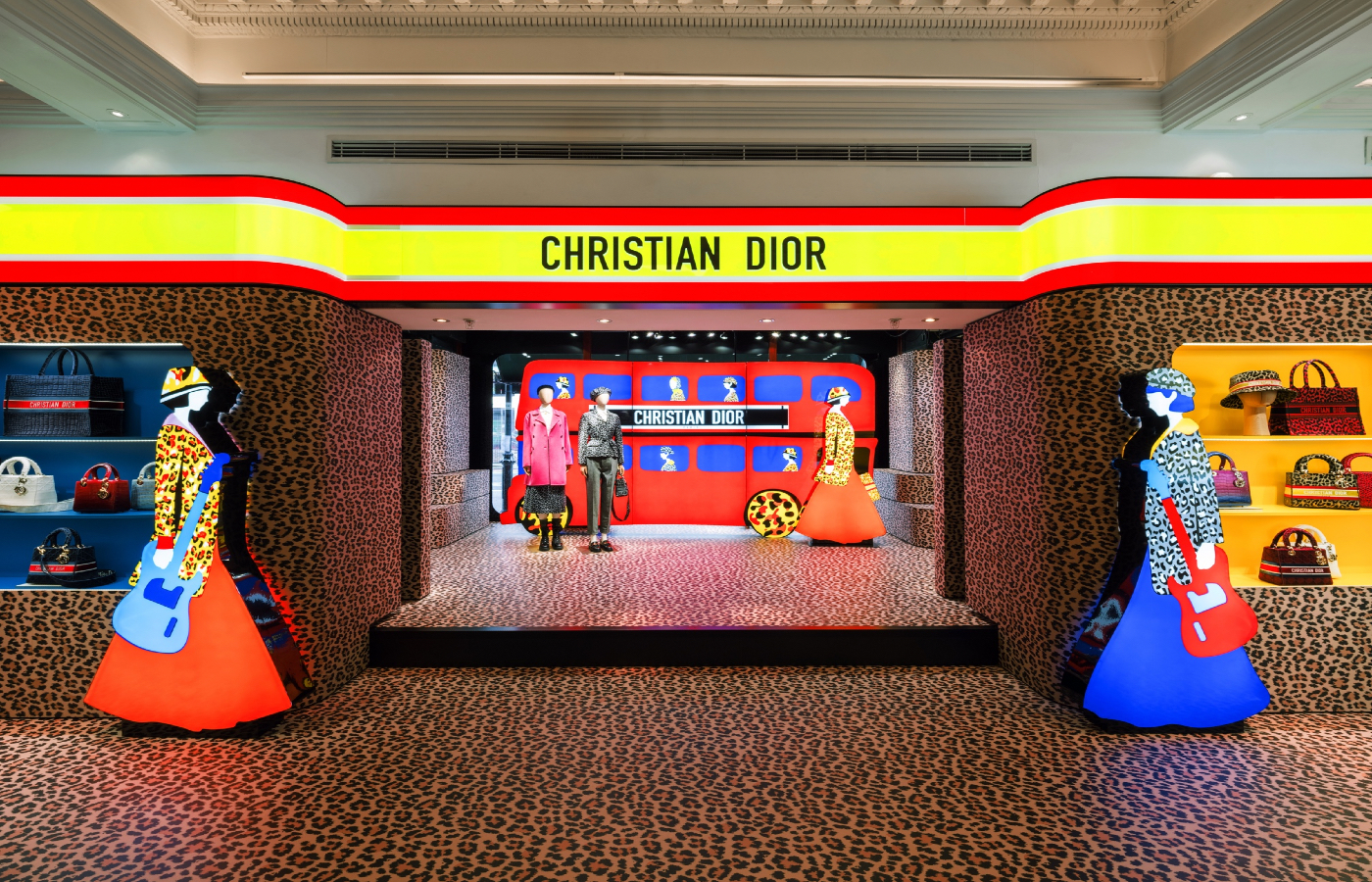 By Joshua Hendren
In DesignFashionNews

TO MARK the debut of Maria Grazia Chiuri’s fantastical AW21 collection, Dior has launched an exclusive pop-up boutique in the heart of London’s most iconic department store, Harrods.

Brimming with colour, the joyful space has been brought to life with unique scenography by the Italian artist Marco Lodola — a founding figure of the Neo-Futurism movement. Reimagining signature House silhouettes with iconic motifs from the bustling English capital, Lodola’s custom-made sets include illuminated double-decker buses, black cabs and electric guitars.

“Above all, we wanted to pay respect to our host city and celebrate it by creating a strong cultural and social link,” Lodola explains.

The Mizza leopard print — a key motif of Dior’s AW21 ready-to-wear, named after House muse Mizza Bricard — has been expanded to wondrous proportions, adorning the shop’s display windows and interiors. Printed on jackets, skirts and shirts in a signature beige tone, the exquisite pattern also appears in a hypnotic gray, paired with supple crocodile and cannage on velvet.

Elsewhere, long coats and accessories punctuate vibrant displays, including the Lady D-Lite, the Dior Book Tote and the Dior Caro, crafted in leather embellished with macro-cannage, while the Lady Dior and 30 Montaigne in new micro sizes fill an ultra-luxe hidden alcove.

Running throughout August, Dior’s dazzling new pop-up is one that should not be missed, electrifying one of London’s most iconic landmarks with fairytale-like fantasy and a signature zing.