By Imogen Clark
In DiningMain Features

IN COLLABORATION with Korean skincare brand su:m37˚, Kowloon Shangri-La in Hong Kong are launching the Golden Elegance Afternoon Tea at the Lobby Lounge.

Starting from September 1 and running until the end of October 2021, guests are able to enjoy pampering their body while satisfying their tastebuds.

The unique beauty philosophy behind su:m37˚ focuses on using fermented natural ingredients to revive the skin.

The brand’s most notable product is the LosexSumma Elixir Essence Secréta, which is the inspiration behind the hotel’s culinary treat to match the treatments on offer.

Curating a menu that compliments the skincare formulation, the chefs are supplying a culinary journey showcasing the multitude of qualities fermented foods have.

Looking at ingredients such as buckwheat blini, sourdough, cheese and crème fraiche as well as popular foods like vegan chocolate, blood orange and guacamole, there is something for everyone.

The afternoon tea is made up of eight savoury small dishes and desserts that aim to balance flavour and texture with every mouthful.

However, a more traditional addition of British scones and a seasonal fruit platter is also added, along with the Shangri-La’s signature blend of tea and coffee.

Tea for two is HKD608, and each guest will be offered a complimentary su:m37˚LosecSummma Elixir Deluxe Set (valued at HKD1,075) 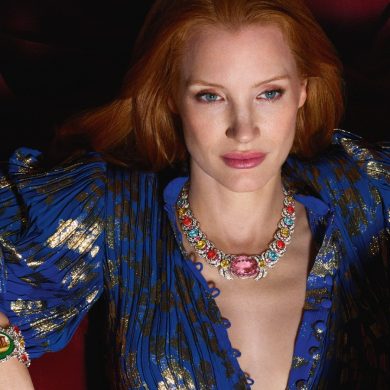