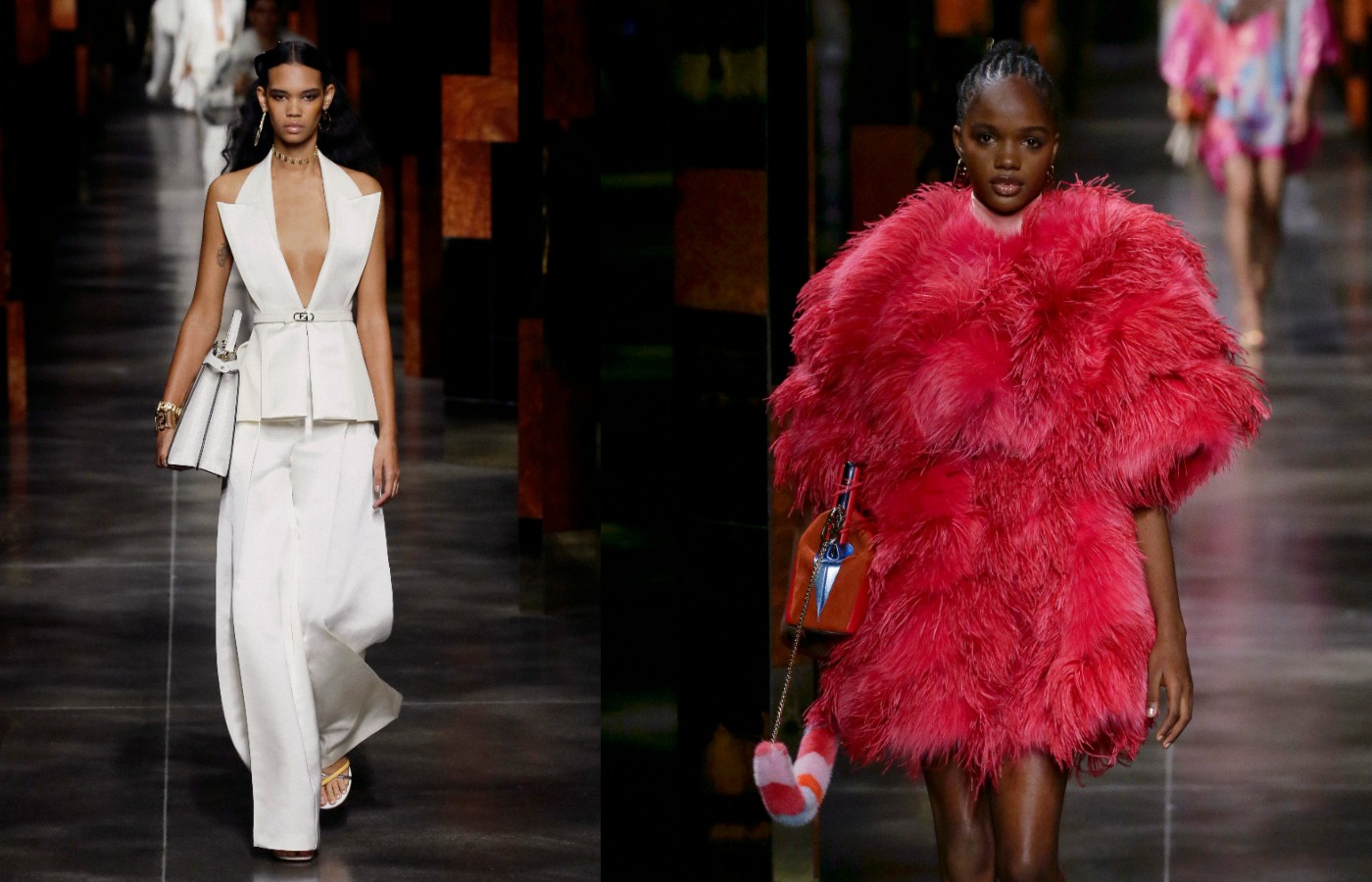 THERE is an excitement in the Italian air. Maybe it’s the return to Milan Fashion Week, the sight of familiar faces or the buzz that Kim Jones is continually able to create surrounding his next collection. Though the British designer is still fairly new to womenswear, his transition from menswear has been fluent and welcomed with applause, so for his sophomore ready-to-wear collection for Fendi all eyes were on Jones’ next step.

Kicking off Italy’s turn to showcase the SS22 collections, Kim Jones decided to throw his audience a party. Marking the return of having people watch the show physically, it only seemed fair to welcome the fashion community with a show that they wouldn’t forget. Think Studio 54 meets the Palazzo della Civiltà.

I often refer to the designer as a master of his craft and, once again, it was evident. The first 11 looks were purely white hinting at the innocence you enter a party with – somewhat untouched and unaware of the night ahead.

As the sound of Love is the Message by MFSB continued and the smooth notes of jazz left the saxophone, the colour scheme changed and so did the vibe.

Bold colours, extravagant furs and excessive fringing immediately made you yearn for more until you were met with the polar opposite. A sea of brown and black finished the show, an ode to the end of your fun and more importantly how even with a muted palette Jones’ designs can be heard loud and clearly.

The drawing was his interpretation of the logo, which nothing ever came to fruition from, however Jones was adamant to design a collection which would introduce this icon to a new generation.

This reintroduction of Lopez to the Fendi narrative creates a full-circle as he was a close friend of Karl Lagerfeld, or more honestly, a triumphant return to artistry: “Lopez was a friend of Karl’s, and has always been someone who inspired me,” explains Jones. “He was forward thinking; inclusive; looked up to by everyone from Andy Warhol to Steven Meisel and David Hockney.”

And now, his forgotten Fendi logo has been injected into 2022 as tights, silks and dresses cave into the trend of logomania in the most elegant manner.

However, the return of Lopez goes beyond the obvious. His brushstrokes, vibrant paintings and figurative drawings make their way onto intarsia leather, kaftans and shimmering jacquards reviving European extravagance.

“Our woman has let loose a bit – she’s going dressing up” says the designer. “We’ve all been locked away for so long that I think that’s what we all need right now.” It is becoming increasingly evident if there is one wardrobe to raid next season for a party, find yourself a Fendi girl.

After all this is a brand praised for its savoir-faire and hailed for its leather mastery, so the accessories have just as much spotlight in the collection as the clothes: the Baguette is reimagined in rainbow-coloured tapestry, the Peekaboo becomes a canvas for graphic art and the First bag is created with radical attitude.

Plexiglass hoop earrings, floral motifs adorned onto hair accessories and heels encased in resin illustrate how this is a true ode to the seventies whilst rooted in contemporary taste- not to mention, the tailoring is ridiculously precise all while remaining utterly chic and feminine.

The high-octane energy of the collection is warmly welcomed by all, but most importantly the celebration of female confidence, of all ages is truly credit to Jones and his vision for Fendi. “My Fendi is multi-generational. It’s for all different kinds of women – anyone who wants to feel good about themselves”.

It is this sort of outlook that demonstrates why two collections in Jones is already a bonafide master of womenswear; his ability to translate the past into now and also appealing to mother and daughter is nothing short of mesmerising, both financially and aesthetically.

“The Fendi woman, is empowered; she’s someone of her own making”, and just like the woman he has in mind, Jones is not far from making Fendi his own. 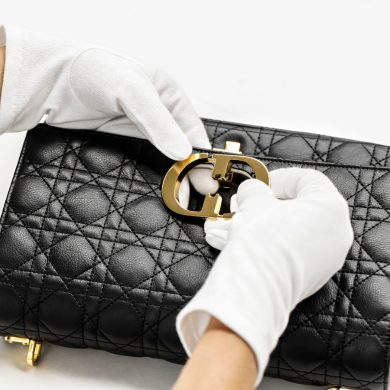