By Caroline Simpson
In CultureMain Features

“Forever in my heart”

To celebrate the launch of Glass China, Glass meets Yao Chen, one of China’s foremost acting talents who is currently conquering the world but still has time to be sentimental

IT IS an ordinary winter’s day in Beijing when freezing temperatures seem to slow down time itself. Yao Chen enters the room, visibly enjoying its comforting warmth as she settles herself into a chair for our interview.

A star of stage and screen who has appeared in the Forbes’ China Celebrity 100 list and been named by Time as one of the world’s most influential people, her life is wrought large, whichever way you look at it. I first ask her to look back and consider the small moments that have been significant in her 15-year career at the top.

“I don’t seem to have many ‘small moments’ to talk about,” Yao Chen says at first. But as our conversation continues, her memories began to light up like lamps along a winding mountain road, one after another.

When the first snow fell in Beijing last year, Yao posted photos of it on social media. In one, the poplar trees stood silent; in another, a long bridge crossed a frozen river. “The city of Beijing feels hard-hitting, solid. But when it rains or snows, it becomes softer. It brings out a lot of emotions afresh,” she says wistfully.

Born and raised in a south-eastern coastal town in Fujian, China, Yao saw snow for the first time when she went to study at the Beijing Film Academy in 1999. It was five o’clock in the morning when she woke up in the well-heated dormitory. She opened the curtains and discovered a different world. “In snow, all life became strangely quiet,” she recalls, “I remember a streetlamp, shining upon the snow. It cast a small, orange light – warm and beautiful like in a fairy tale. I never forgot how I felt that night.”

Another significant moment occurred when she heard the song, A Little Red Flower, the theme song of the eponymous 2020 movie about two families stricken with cancer. She loves the lyrics: “May this little red flower blossom in your deepest heart. It’s a reward for feeling every struggle in life,” Yao says, recalling how she cried while listening to the song.

The day after she posted the snow scene, someone left a comment: “Just finished chemotherapy. Seeing the first snowflake of the winter, I somehow have the strength to continue the fight.” At the time, Yao thought, “It is a gift from the nature.” In a world filled with irresolvable pain, at least we can still feel the joy of snowfall.

Last year, Bad Rabbit Pictures, the film production company she co-founded in 2017, won 11 awards in five film festivals. Its chief executive, Liu Hui, has been a friend of Yao for more than 10 years. They are so close, she reveals, that they even know each other’s door lock code. This leads the actor to recall the time when she was on her way to the airport when she was paralysed by the thought she had left the gas on at home. She called Liu, who was in the middle of a training session. Liu dropped everything and drove straight to her place to check the gas and put her mind at ease.

Liu comes from an IT and e-commerce background and didn’t have much to do with films, let alone watch them. It was Yao who brought him into the industry and taught him how to love cinema. “I was touched by his words the other day,” Yao tells me.  “He told me he used to care about nothing but making money. Now he has become sensitive and sees the world differently.”

Yao did have her worries, though. “What if you start a company with your best friend and lose him when things get screwed up? Sometimes we’re too afraid of hurting the other to speak frankly at work,” she says. “Bad Rabbit is still in its infancy, but now I understand friendship much better. It’s about sharing risks and facing adversity. We learned to trust each other in this adventure through arguments and friction.”

The venture has changed how she sees the industry, too. “There is a sense of responsibility in filmmaking. If you want investors to respect you as a creator, you should respect them, too. Liu speaks the business language, I speak the creative one. We’ve learned so much that we understand each other better,” she says.

Yao enjoys art house films as much as good commercial ones. But back in film school, she never imagined she would appear on mainstream TV. Yet her acting career took off in the action-comedy series My Own Swordsman (2006), playing the role of Furong Guo, the daughter of a martial arts supremo.

Yao has fond memories of its director, Shang Jing. “I had never considered that I had any talent for comedy but he saw that I did, even though I was constantly doubting myself. Shang helped me through the whole process and it was amazing,”

She smiles again as she looks back. “I felt most uncomfortable on set – Furong was supposed to have an aggressive personality but I blushed whenever I spoke. Shang kept shouting ‘Louder! Louder!’ But that wasn’t me. I hated it so much at the time.”

Finally, she learned how to become Furong. “The first person [you meet in your career] is so important. I was really lucky to work with a director like him.”

After My Own Swordsman, Yao gradually turned away from comedy, mastering many genres and roles. “I always strive to do better and explore more. I don’t wait around and do only one type of role,” she declares.

Since then, she has gone from strength to strength, winning awards and much admired for her versatility. “There will be failures and setbacks,” she adds. “But with enough determination, you will become the actor you want to be.” 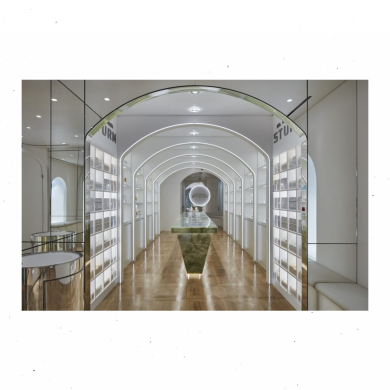