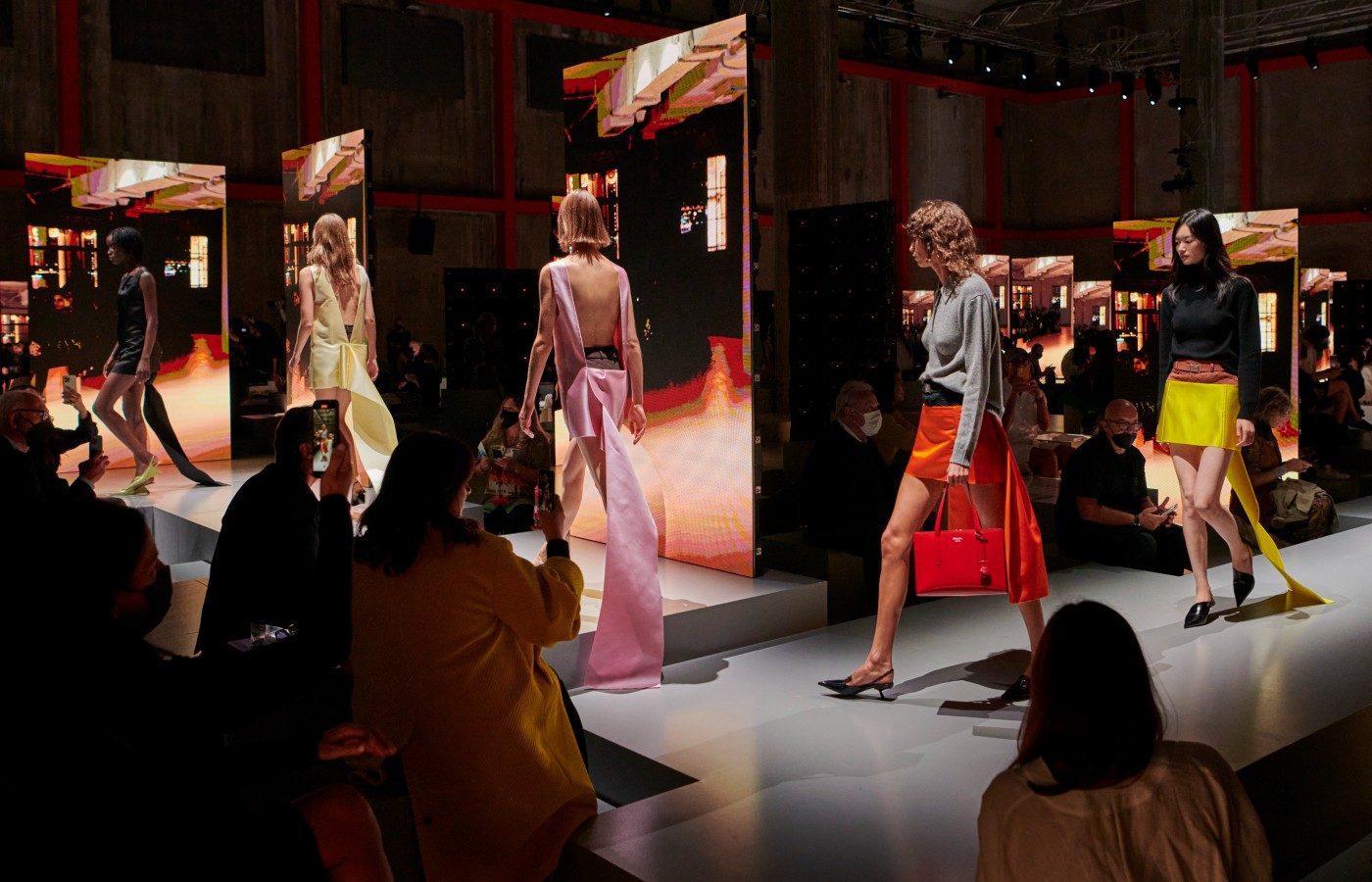 THE WORD seduction has a multitude of meanings. From persuasion with the intention of leading astray, to false promises and the inevitable sexual connotations, the term goes beyond the verbal and into physical.

For co-creative directors Miuccia Prada and Raf Simons this exploration of expression, taken from the lense of the relationship between sexuality and clothing, presents the Prada SS22 collection as a masterclass in reduction.

Together, they decided upon naming it Seduction, Stripped Down. Not hiding the desire to emphasise or expose sections of the body, the duo decided to rethink, reimagine and redefine the traditional idea of the bourgeois woman taking away with it the clichés and rules previously used.

Like memories of what was once was, bra cups and corsetry boning were removed and reattached onto the exterior of garments freeing the body of restraint. These elements, originally used to create silhouettes that hugged the female form and designed to keep it in its place, were now discovered again on jumpers and holding jackets together.

This notion of finding the tools for restraint on the outside and keeping the beneath bare is the ultimate form of seduction – now, clothes have become a cover waiting to be removed.

When thinking about seduction, you immediately allude to the night time, so Prada and Simons translated this idea into their decision to use traditional evening-wear materials. Duchesse satin, scarlet lace and distressed leather shifted this fantasy contrasting the intention of ready-to-wear and the reality of the everyday by stripping away the conventional.

With fashion being about communication, Prada showed simultaneously in Milan at the Deposito of the Fondazione Prada and in Bund 1 in Shanghai – while the clothing looked at taking apart, the show was focused on bringing together.

Decor that mirrored each other and video screens that engaged with its counterpart, physical versus virtual reality was hinted at; however the mastery of Prada was evident, it didn’t matter if you were there or watching on a screen, this was a collection that didn’t need translating, the meaning was evident.

Whether you see seduction as one thing or another, Miuccia Prada and Raf Simons find no pleasure in following rules. Each season the pair collaborate on creating something new from the old, and this collection was no different.

It is not an easy task to go ahead and rethink what sexy is, but after a year of confinement, Prada has decided to take it off. And ultimately, what’s more sexy than liberating yourself? 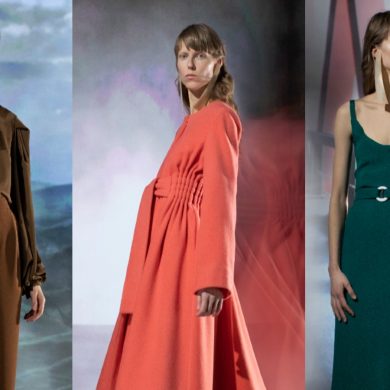