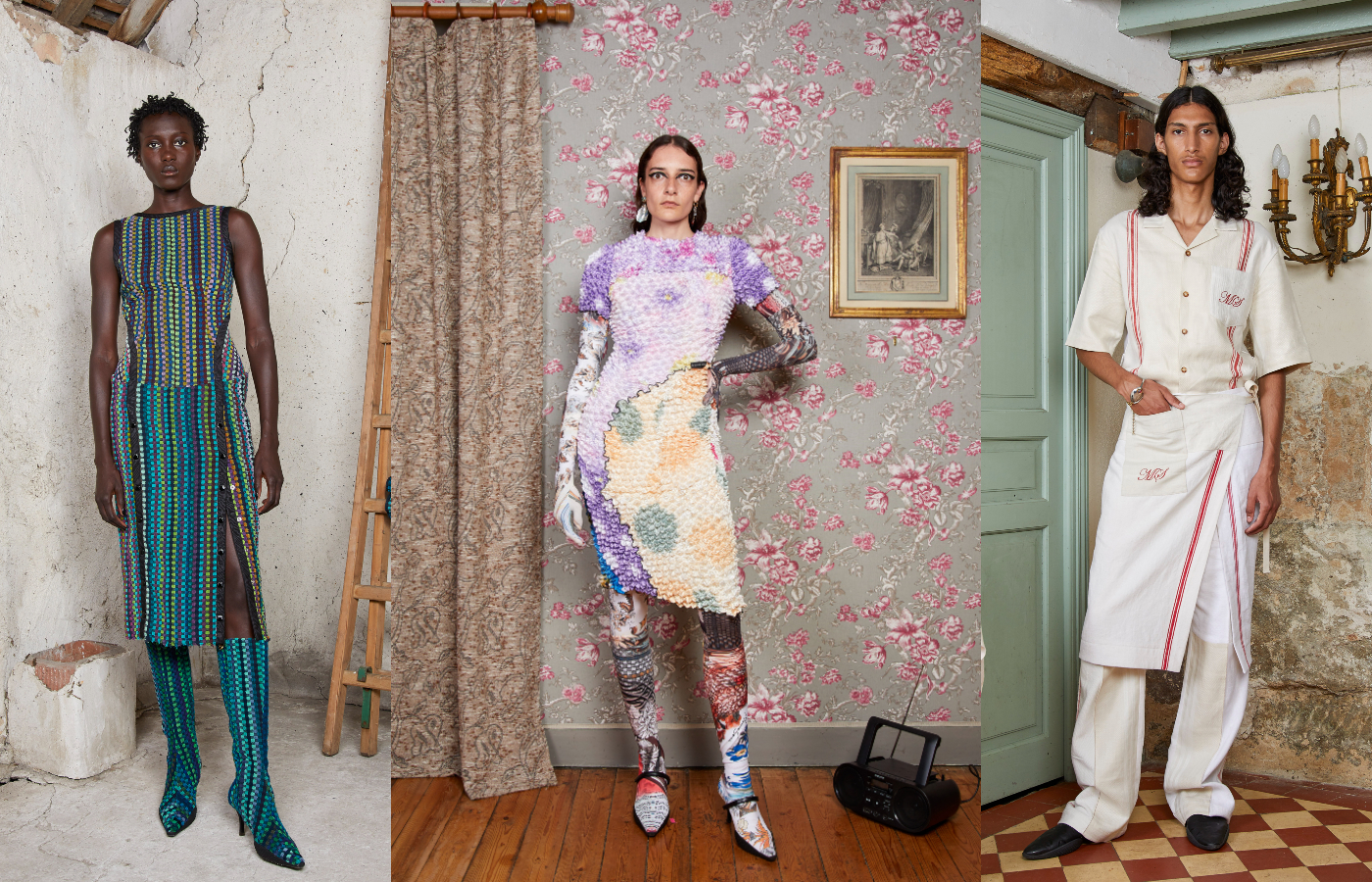 “FASHION is about more than draping fabric and making a profit, it can be a place where we are free to take meaningful action,” Marine Serre noted in the show notes for her SS22 collection titled Fichu pour Fichu. Further exploring the medium of film and its radical storytelling possibilities, Serre created a visual spiderweb with Ostal24  – where clothing, futuristic ideals and our connection to the world were interlinked and challenged along the way.

Imagining a future in which the way we dress, the food we eat, the way we move through life is thought of in a deeper sense, the film transports us to multi-dimensional scenes, purposefully keeping you aloof on whether it is the past, present, or future with a multitude of periodical references.

Each scene features an eerily satisfied ending, where simple notions or actions trigger moments of contentment or happiness. In turn, prompting an internal consideration of why the arguably mundane things of life should not be celebrated with more passion.

After a year of confinement and now with restrictions easing, Serre proposes a new way of being for SS22, one that incorporates the sense of stillness that the lockdown of the world created, and one where the element of solitude does not equal loneliness, but a cause for a retrospective understanding of our impact on the planet. If we were all to attune ourselves to our everyday actions, would we better protect our climate?

With such a momentous message, you could question the ability of the clothing to sustain equal importance, but these doubts were baseless in Marine Serre’s SS22 collection. Serre successfully displayed the ways in which the things we choose to dress in are integral to how we value the world. Comprised of 45% recycled and 45% regenerated materials, SS22 is Serre’s most sustainable collection yet.

With a film titled Ostal24, meaning maison or house in Occitan – a regional language spoken in the part of southern France Serre comes from, Serre incorporated homeware into her textiles roster, using multicoloured terry torchon into boots, boxy jackets, skirts and tops, and dutch table cloths and linen tea-towels into pinafores and coats.

This season, we see pointelle knitwear dancing throughout, a new addition to Marine Serre’s designs. This, combined with the regenerated popcorn fabric printed with scans of vintage fabrics and used in patchwork dresses, further Serre’s ability to recycle traditional elements under a modern lens – a skill much of the fashion industry is yet to acquire.

The crescent moon print, emblematic to the brand; the moiré textiles, which are handmade in France using recycled fibres; the iconic Marine Serre second skin boots – each usher in a thread of continuity from past collections. And the use of cutlery, glass and stone to create exquisite shamanic jewellery again is another example of how Serre is refining the recognisability of her brand, ensuring her methods are acknowledged in the wider conversation on fashion’s impact on the world.

Serre is a shining example of how we can create without excessive waste, how we can give everyday objects a new identity, and how we can accordingly reconnect to the source of all our inspiration – the earth. 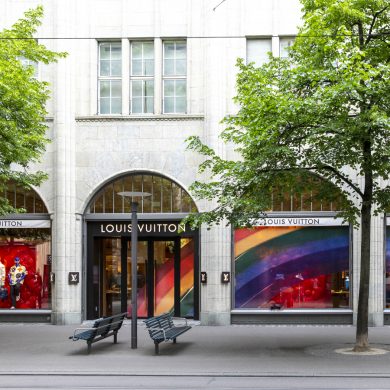