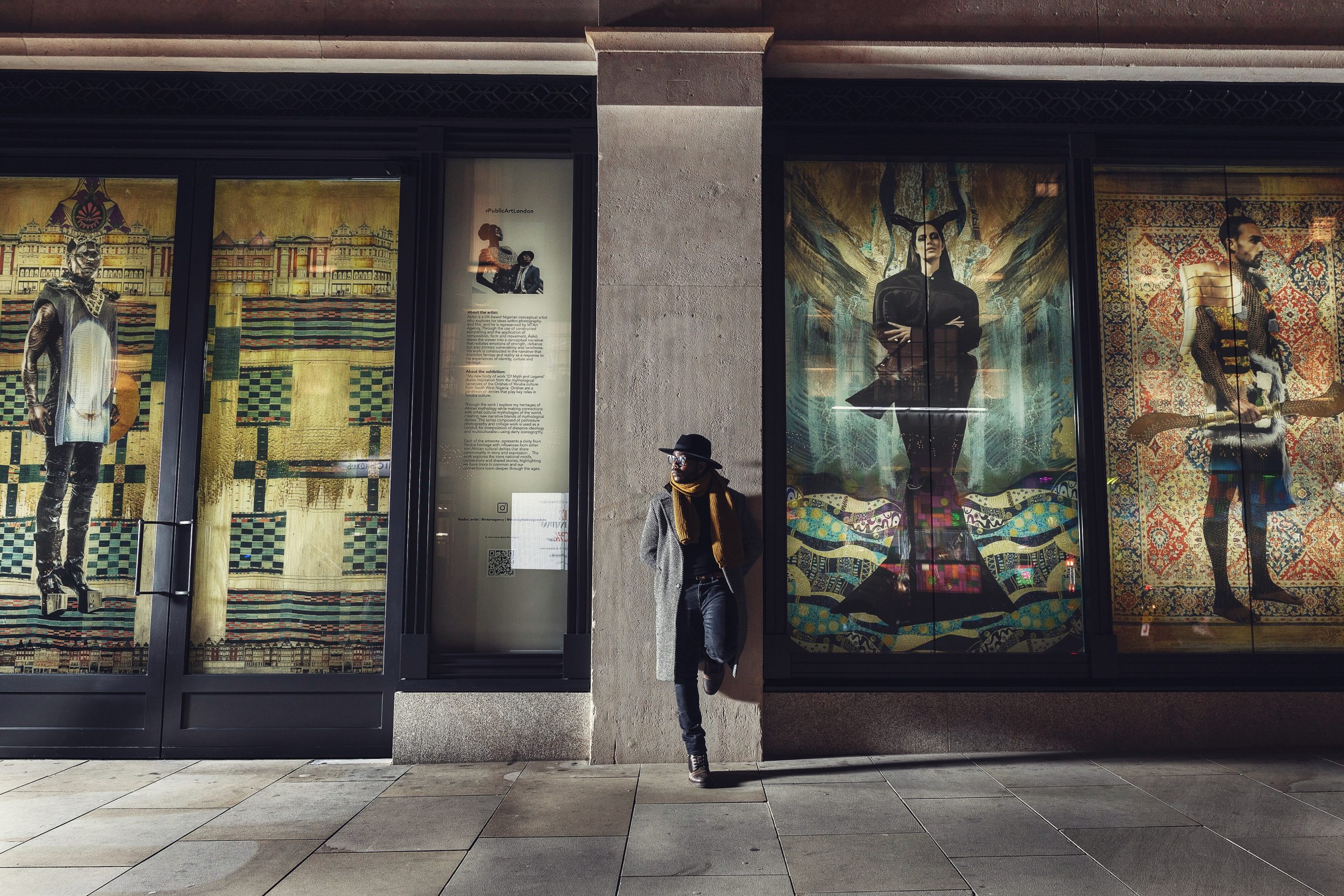 By Pia Brynteson
In ArtNews

THE Knightsbridge Estate has unveiled a large-scale photographic installation titled ‘Of Myth and Legend’. Exhibited at the top of SW1’s Sloane Street, The Estate commissioned the body of work by British Nigerian photographic artist Àsìkò to mark the completion of seven new flagship stores.

Nine of Àsìkò’s portraits have been super-sized to fill the expansive shop windows that line the northern end of Sloane street’s pavements. Passersby are met by his dramatically lit pictures; telling a story of the cultural collision within London’s fashion industry.

From a young age, Àsìkò has been inspired by the heroes and mythology of Yoruba culture – providing the inspiration for Of Myth and Legend. In collaboration with stylist Brenda Beaux, the two delved into their heritages and how they connect with other mythologies of the world.

Overall, the series celebrates the idea that by sharing stories it can highlight that, as a society, we all have a lot more in common than we may think.

The photos themselves are a fusion of high-fashion imagery and collage symbolism – a mix and match of different myths to showcase the city as an ideological melting pot.

Àsìkò said in a statement about his work: “From German to Indian, African and Asian, the palette of London is wide and vast.”

The seven new flagship stores are part of a major renovation project The Estate is undergoing. With sky-high aims to provide a 67,000 sq ft office building, 33 luxury apartments and a brand new rooftop restaurant.

No doubt this striking installation will attract wanted attention to the new developments in SW1. 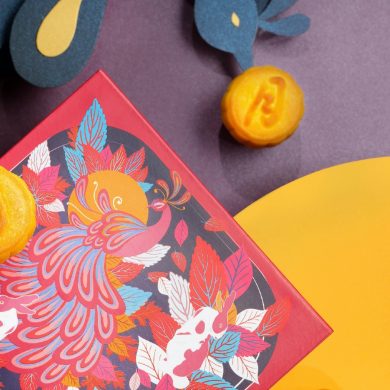