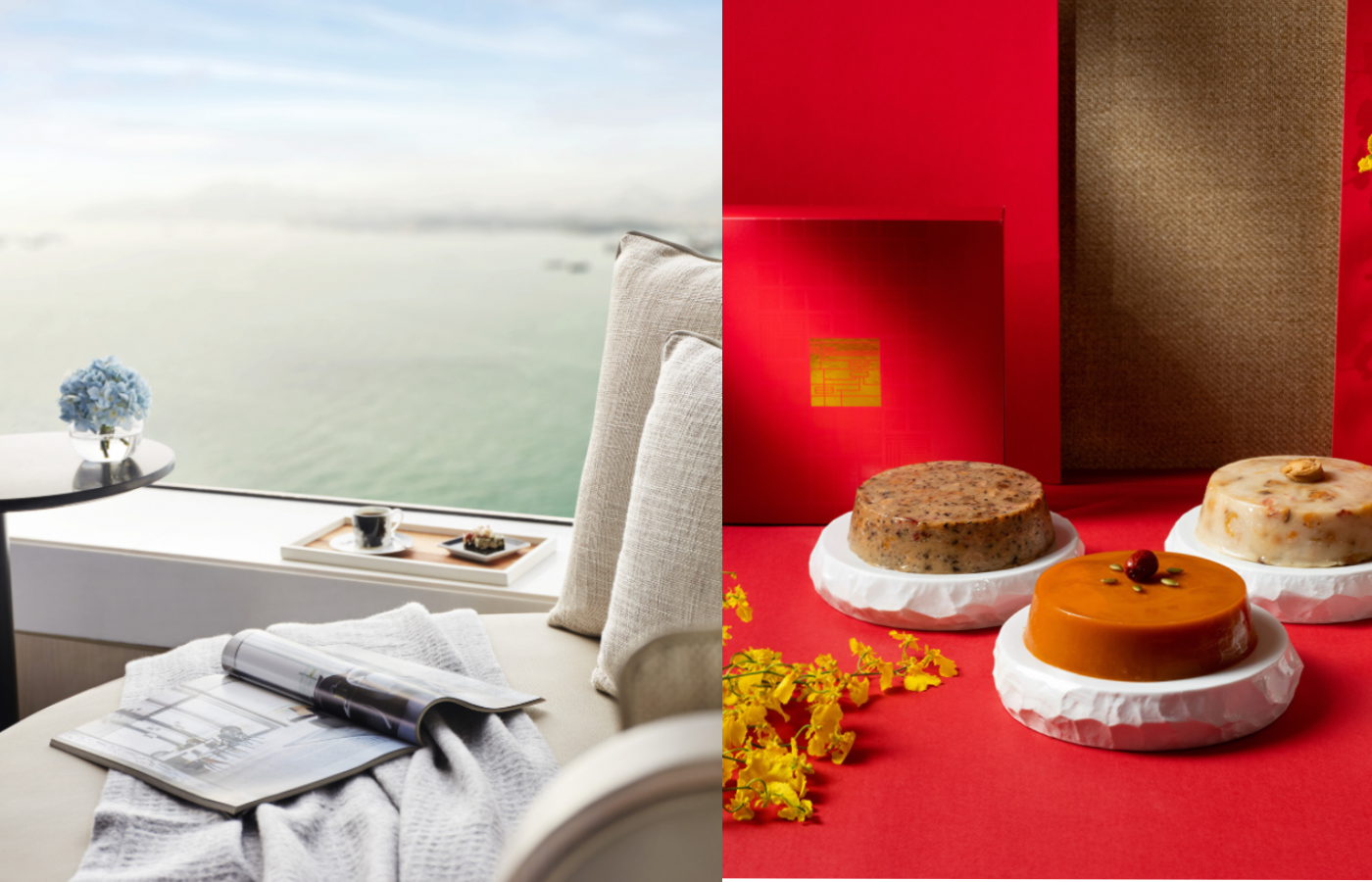 By Jamison Kent
In DiningNewsTravel

The Four Seasons Hotel celebrates the arrival of the year of the tiger with exciting festivities. Whether one enjoys sweet or savoury, shopping or a trip to the spa, there is something for everyone!

Festivities include the Four Seasons’ own take on traditions such as Chinese New Year puddings.  Chefs at the three Michelin-starred Lung King Heen have handmade the puddings which symbolise good luck and prosperity.

The puddings come in four delightful flavours, including a new holiday-themed addition, ‘Water Chestnut Pudding with Camomile Tea’.  To accompany the puddings, Executive Chef Ringo Chan will also be serving up his favourite childhood dessert, Sha Yung.  These sweet treats are for pick up at the cake shop and can be ordered online.

Lung King Heen doesn’t stop at desserts; instead has planned a divine six-course menu to ring in Lunar New Year.  The menu includes favourites such Abalone Casserole with Air-Dried Seafood and Mushroom, and Simmered King Prawn with Spicy Plum Sauce. A feast fit for royalty! Guests can enjoy the exclusive dining experience priced at HKD 1,680 per person.

Prefer light bites to a feast? The Lounge at the Four Seasons is offering a celebratory Chinese New Year afternoon tea set.  Festive delights such as signature scones, Kumquat Crispy Puff and Da Hong Pao Red Bean Rolls will be included in the set.

The Chinese New Year Tea Set is priced at HKD 658 for two persons to HKD 698 for two persons depending on time and date. The Afternoon Tea set is enriched with a live cooking station, offering an unlimited refill of delicious Chinese Brown Sugar Puddings, Turnip Pudding, Taro Pudding and Rice dumpling in Ginger soup.

The Four Seasons has a plethora of festive activities to keep anyone and everyone entertained.  Ring the Lunar New Year in with a pudding or a luxurious staycation!

Don’t just visit the Four Seasons but enjoy a stay!

The Four Seasons is offering Winter Carnival Staycation rates for a limited time.

Available from January 2 to February 15, 2022 the Winter Carnival Staycation rates start from HKD 3,192 for a Deluxe Peak View Room or HKD 6,300 in a Superior Harbour View Suite.

The rates include: Complimentary daily breakfast for two adults, two complimentary tickets and 20 tokens for the Winter at The Wheel, Central Waterfront, complimentary breakfast, lunch, access to child-friendly activities on the property and other fantastic additions.

For reservations, call Reservations at 3196 8333 or email res.hongkong@fourseasons.com