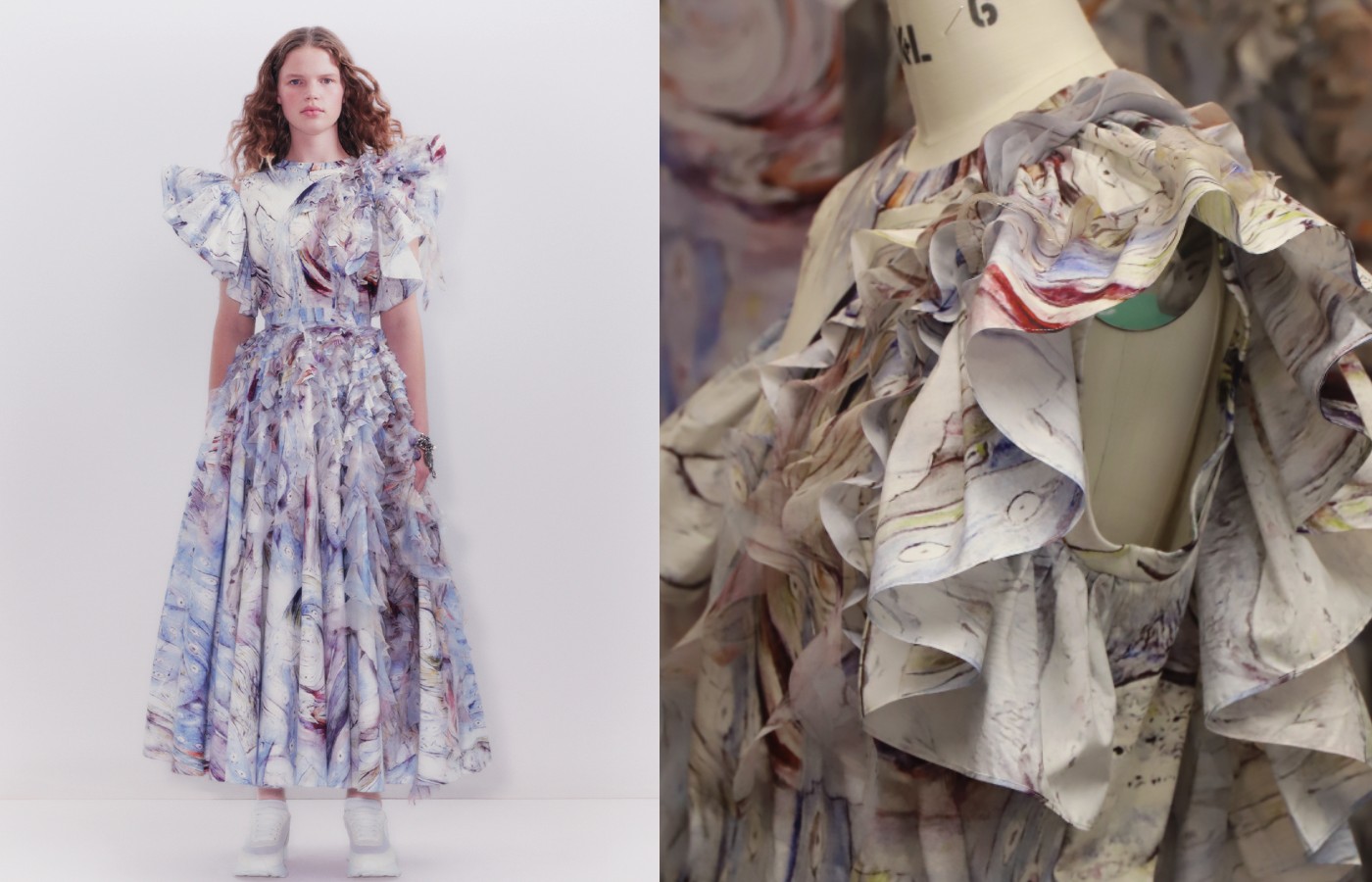 THOUGH separated by collections, women and menswear at Alexander McQueen are intrinsically linked as they come to life using the same design language. From fabric hybridity to meticulous tailoring, the his-and-hers aspect to the British brand’s narrative continues through exploded ruffles.

Crafted in polyfaille, this technique finds itself woven onto the seams of sleeves and across the chest of both collections reinventing the classics and adding character to wardrobe archetypes.

Adding an extravagant flair to a cropped t-shirt, exploded ruffles made from illustrations of Dante’s Divine Comedy printed onto cotton jersey extend the decadence of the look as the overblown skirt is finished with oyster ruffles in poplin.

The ruffles continue in women’s pre-spring-summer 2022 with a single-breasted tuxedo jacket decorated with cut-out back detailing and slashed shoulders adding some edge to the hyper feminine collection.

Not forgetting the ruffles, they find themselves draped asymmetrically in black wool and polyfaille on the body of the jacket, contrasting the coral coloured shredded spiral cut oyster ruffle skirt, ultimately uniting the two halves of the look.

Mirroring the women’s half of Alexander McQueen, the t-shirt is swapped for a dropped-shoulder shirt with William Blake’s illustrations embossed on the ruffles beneath the collar while the jacket is swapped for a traditional masculine double-breasted tailored overcoat that is given a romantic flair with this technique.