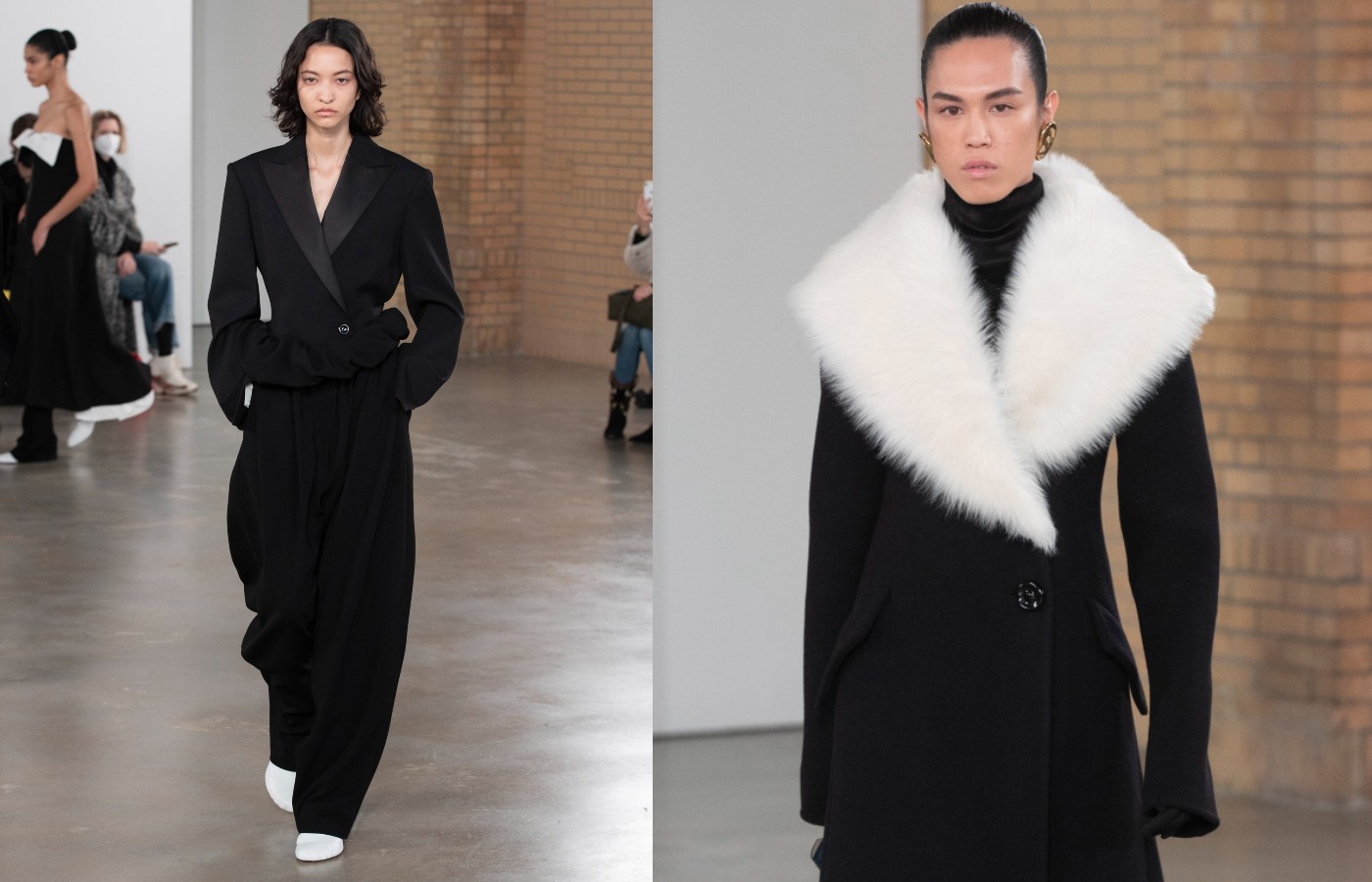 THE PAST couple of years have brought waves of inescapable confinement and change but with the light at the end of the tunnel in sight, Proenza Schouler based their AW22 collection on the question: how do we find beauty in the chaos and use it to build a new future? What will the future look like? What qualities will be the building blocks to this new look?

The answer was not singular. Experimenting and playing around with the notion of youth hoping to re-contextualise the past, shapes are exaggerated and cut on the bias to hug, expose and define the body.

Designers Lazaro Hernandez and Jack McCollough used the idea of control and release to showcase an array of silhouettes beginning with their triumphantly popular knitwear, arriving this season constructed and sculpted in an impressive array of colours and textures.

Circular bias-cut skirts, printed slip dresses and unmatched tailoring ground the collection on this balance of contemporary taste with traditional techniques emphasising its surrounding urban environment. The subtle power oozing from the cuts stems from the central artistic reference of the collection, as Swiss surrealist artist Meret Oppenheim is celebrated between the seams.

Sitting along the collection notes is a short story by American author Ottessa Moshfegh called ‘Where Will We Go Next?’ – an unsurprising title for a collection infused with a need to present change.

Ending with an anecdote of a dancer with a prosthetic leg, the protagonist expresses their sadness that she can’t dance anymore, but she answers that she still is and says confidently “Beethoven went deaf but that didn’t stop him”.

The moral of the story and the collection is that where we will go next is still a mystery, but after the past turbulent few years there is one constant thing cast among it all – and that is hope. And after all, what is more beautiful than hope?

Next
The Glass Valentine’s Day Gift Guide for Him