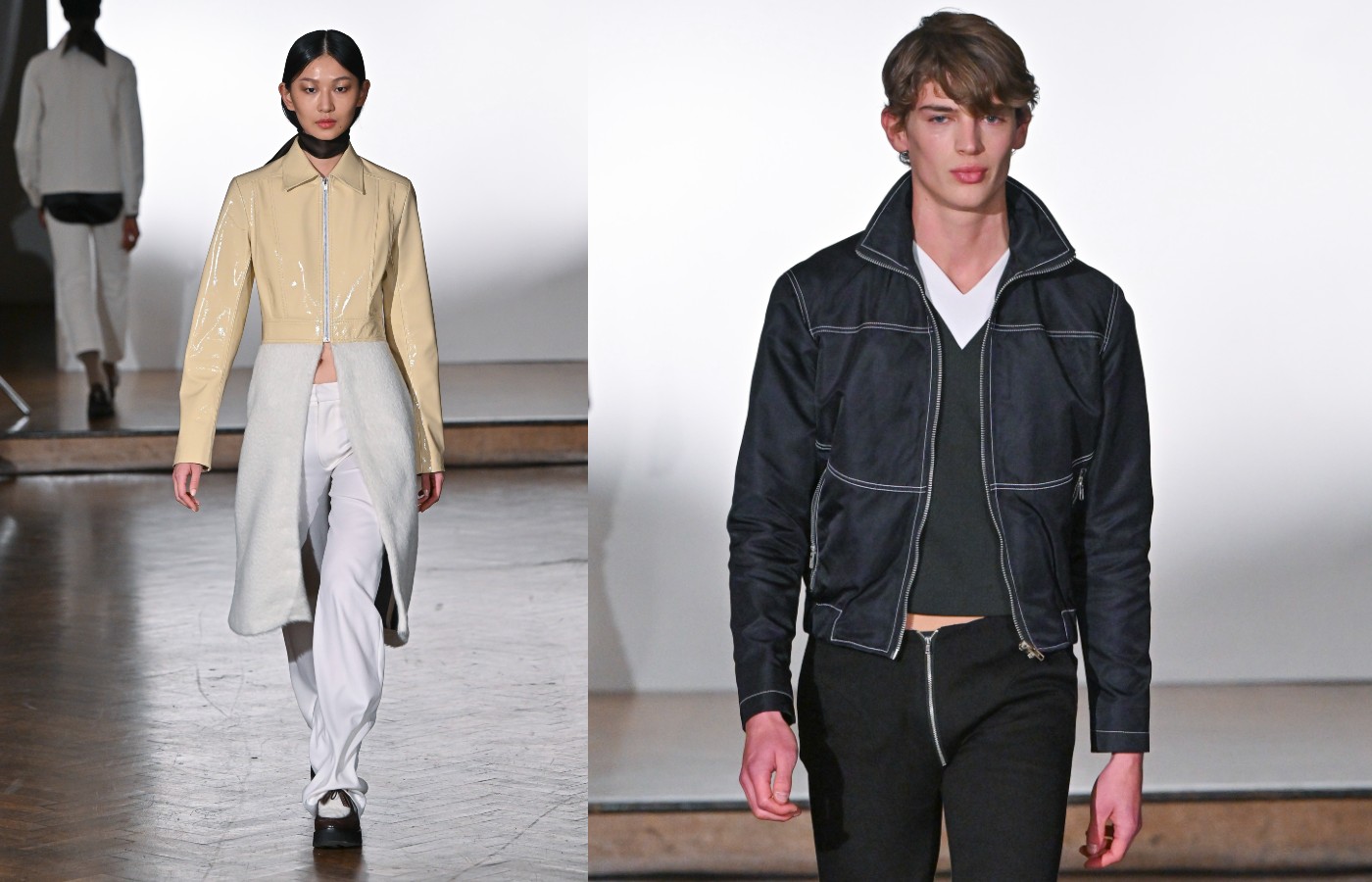 FOLLOWING the passing of his father late last year, Daniel Fletcher took some time to reflect. Understanding the inevitability of this moment translating into his show inspiration, it wasn’t until the British designer started to pick certain foregrounding pillars to summarise his parent visually, that he saw how much he had already woven himself through his previous collections.

So, for autumn-winter 2022, the show, entitled Before The Morning Comes, is not only a joyous exploration of his father, Pete but a warmly welcomed return of some Fletcher classics.

Presented in the decadent townhouse of One Marylebone, guests indulged in an hour of cocktails courtesy of Cognac brand, Courvoisier, around the runway, hinting at a possible future collaboration. Not only this, but this is a collection infused with celebration. A deeply personal ode that should be given its moment to enjoy with an open heart.

To the thumping beat of the 1970s, The Rolling Stones, who were Fletcher’s first concert, not only injected the atmosphere with some rock’n’roll but were huge influences on the designs. Delving into the band’s famed love of suits, he translated this precision into the introduction of tailoring with navy pinstripes, cream moire silk and oversized overcoats dominating looks, an offering of pieces you want to wear, rather than have to.

In true Fletcher style, British heritage is further championed as seventies Manchester United jerseys were taken from the stands of the Old Trafford and transformed into runway ready knitted scarves.

Signature rugby jerseys were reimagined and workwear became the backbone of AW22 directly leaning into his debut collection where silk shirts triumphed loud enough for his first customer, Harry Styles to hear them.

But this season, Fletcher crafted shirts from materials traditionally used for ties, added done-up buckled collars to make a statement and revived his hailed off-cuts patchwork technique with denim two-pieces, all coming together to make a realistically wearable set of looks.

But most notably on the runway was the introduction of womenswear. Touching upon this new venture a bit last year, his return to LFW cemented the duality of his clothes. This seamless evolution rendered an A-line dress coat, nicknamed The Kate, finished with patent leather, silver hardware and a bottom section crafted from alpaca, while a mini dress, fitting of the era that inspired the collection, injects a notable dollop of femininity despite its shared halter-neck cut.

The collection had the type of practical grandeur most of us aspire to formulate in our daily outfits. And despite, it being characteristically luxurious, there was a deep anchoring in reality as the looks were a reappraisal of Fletcher’s untouchable understanding of the society that surrounds him.

It is not about being over-the-top or unnecessarily loud, it is time to alarmingly lowkey in your school tie, oversized coat and boxers. 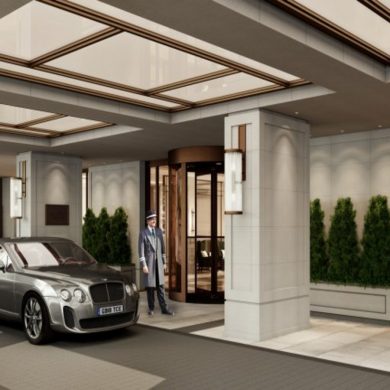 The Carlton Jumeirah reopens in Knightsbridge after complete redesign