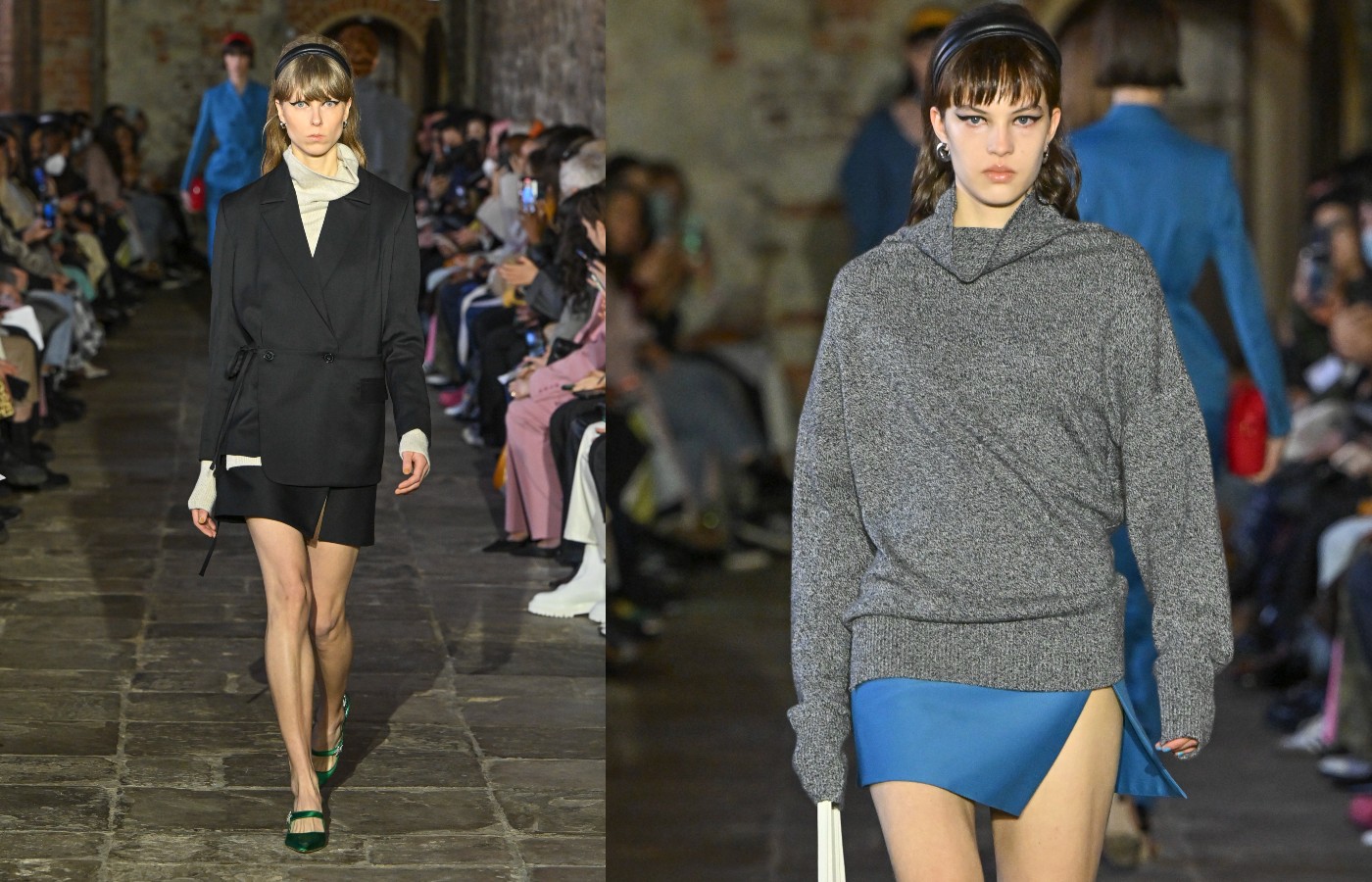 Notably the first colour film by the acclaimed film creator, the storyline follows the protagonist Giuliana, who following a car crash gradually becomes lonelier as she rejects the industrial world surrounding her and longs to return to nature.

Lacking in dialogue and instead relying on colour to narrate the emotional journey, Eudon Choi played with his palette evolving his collection from rich tones of red and dirty orange to cerulean blue and earthy green, progressively getting more neutral, reflecting the journey of the film’s main character.

As the waves of colour seamlessly transitioned against the cold stone of the Charterhouse hallway, the collection comprised of the brand’s synonymous masculine edge with double breasted coats and asymmetric capes with hints of feminine sensuality with thigh-high split skirts; coming together to build an image of a confident woman reconnecting with what matters to her.

Classic staple pieces like trench coats and tailored trousers are reimagined with 1960s silhouettes in mind and low-waisted moments and heavy layering add a touch of contemporary trend to the mix.

Another notable element to Choi’s AW22 collection is the focus on Antonioni’s message in Red Desert that highlights the negative environmental impacts that industrialisation has.

Looking to strive towards a more sustainable future, the designer has sourced organic cottons, ethically sourced cashmere, fibres made from recycled synthetic and off-cuts to construct and sculpt the collection.

Offering an abundance of modest to playful styling in his looks, Eudon Choi’s filtered and dissected vision of Red Desert is a must-see next season. 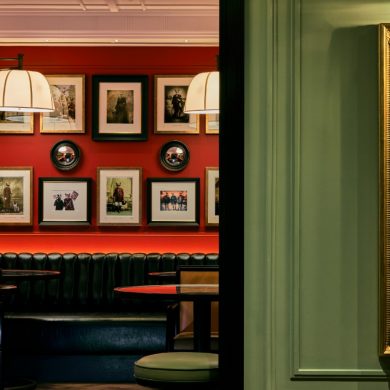 London hotels celebrate the arrival of the Frieze Art Fair