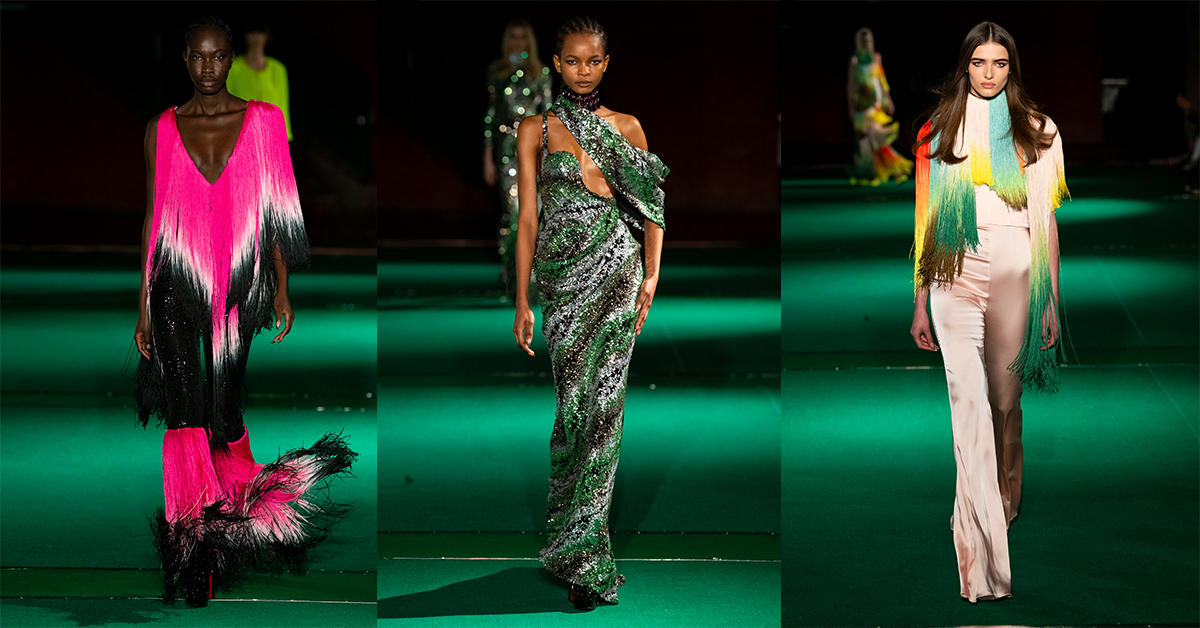 FOR many, the last two years have felt like a never-ending tumble down the rabbit hole, plunged into a surreal realm of arbitrary rules and strange curiosities.

And it’s a similar dreamlike narrative that awakened Michael Halpern’s imagination, but it was veteran actress Angelica Houston – not Alice – who became the heroine of Halpern’s of AW22 collection.

Halpern envisioned Houston waking up from a deep, two-year slumber to be teleported into a ‘70s hedonistic version of Cecil B. DeMille’s 1930 cinematic classic Madam Satan starring Katherine DeMille – another star in Halpern’s glittering constellation of muses.

A shimmering jade-toned asymmetric bustier gown with an amethyst crystal-embroidered collar seethed with a feverish glamour unmistakable of Halpern.

Yet, in the same vein, open-back satin midi dresses of lime green peacocked Halpern’s ability to balance excess with clarity, with a satin corseted jumpsuit embellished with fringe that swayed with a whisper-weight, creating a subtle synthesis between the two extremes.

Although this collection was presented in Brixton’s Recreation Centre, a fuchsia and black ombré viscose jumpsuit evokes the celestial quality of the films most celebrated scene: an elaborate masquerade ball held aboard the Zeppelin CB-P-55 where the film is orchestrated.

While dreams often provide a blissful escape from realities woes, this collection outlined the opposite, underlining the poignant optimism of our collective experience of learning to thrive in the afflictions of real life.

Next
LFW AW22: Tiger of Sweden 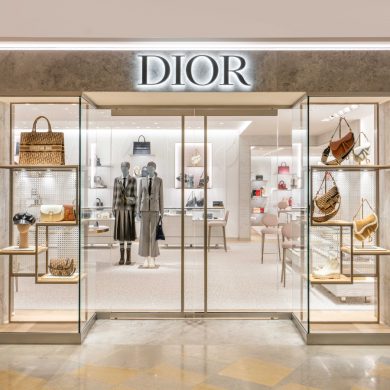