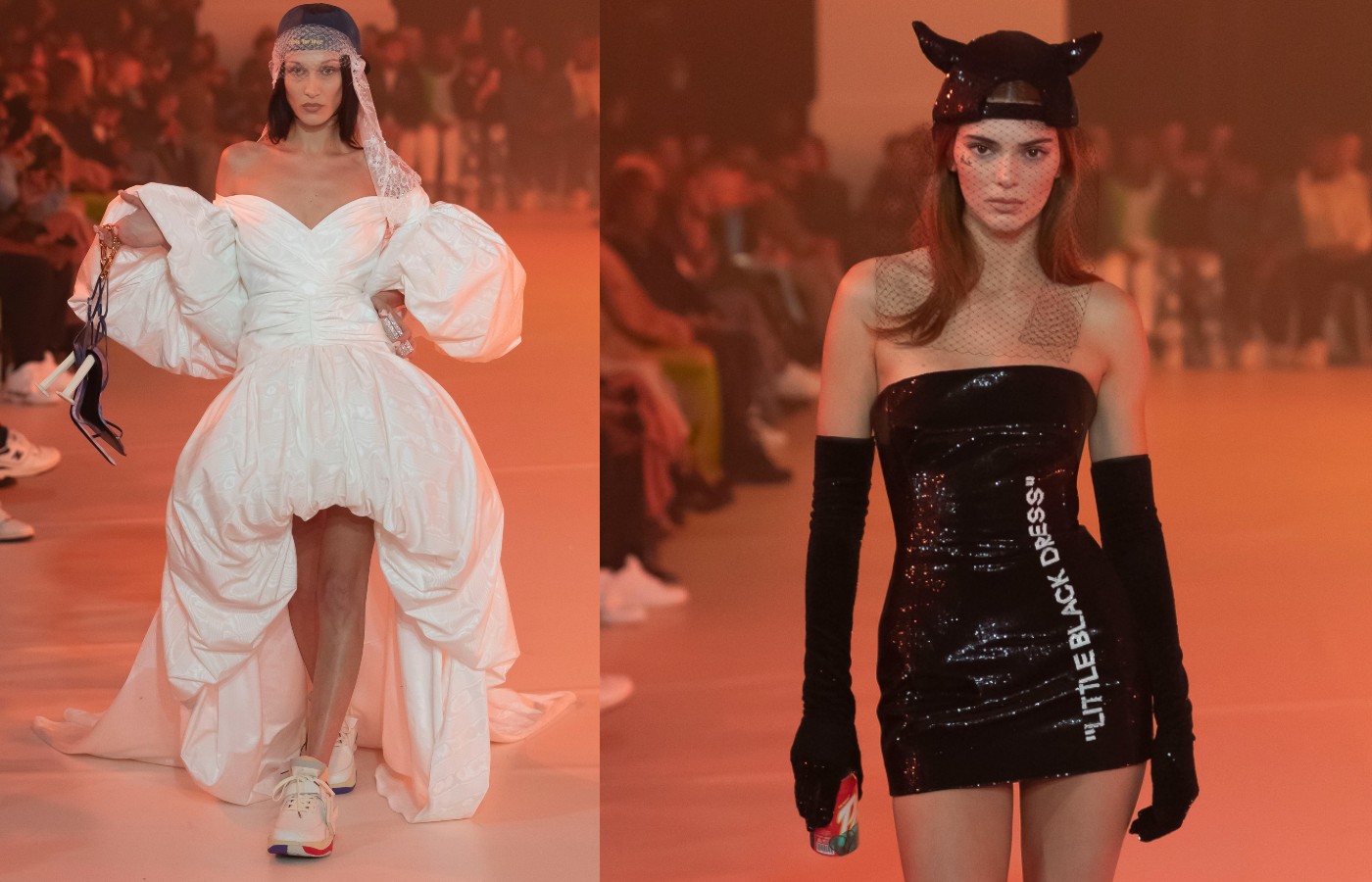 “QUESTION Everything” is Virgil Abloh’s last wish to his audience. Maybe not to those sitting directly around the runway at the Palais Brongniart but to his deeply loyal predecessors watching the AW22 show from their phones, on social media channels and from 70 storefronts in the French capital.

With two Louis Vuitton shows paying tribute to the multi-hyphenate, it was time for his brainchild brand, Off-White™ to have their moment.

Changing the tone and volume of his loss into a much-needed celebration, the collection titled Spaceship Earth: an Imaginary Experience, explores the enduring vision and foundations that Abloh mapped out during his career, shining a light on the portal to another world – one painted with the visions inside of his imagination.

As anticipated, it was a profoundly non-linear interdisciplinary approach to the show that was spoken through a universal language stretching beyond our cultural parameters and back into his wish for us to question everything.

Split into three collections, the first two delve into AW22 women’s (Seeing Red) and menswear (Foreign Exchange). This season for women, the reference points looked towards ‘90s tech, characterised by masculine elements, like its muted colour palette and rigorous layering, as well as taking notes from bohemian aesthetic, nuanced by the use of floral and abstract prints.

Waistlines dropped and outerwear was enlarged, both hinting at Abloh’s love for skate culture, while three-layer performance textiles immediately linked itself with the menswear side which offered a skiwear capsule.

Recreated through a lens that focused on minimalism, skate and ski were the overarching themes for AW22 menswear. Though heavily focused on bringing modern urbanism to the Parisian runway through sports and streetwear, there were remnants of traditional sartorialism weaved between the looks.

Suits and overcoats explore tailoring in notes of houndstooth and compact wool, industrial belting and exaggerated proportions anchored the fits back into the world of Off-White™.

Continuing Abloh’s aversion to sticking to the conventions of the fashion industry, the Milan-based brand debuted High Fashion, a line punctuated with the vocabulary that couture used to create. But like all of Abloh’s ventures, the focus on bringing realism into it was inevitable.

The third part of this extensive show, named > Than a Bride, showcased 28 looks that proved the savoir-faire of ateliers deserved a revamping.

Opening with The Bride®, modelled by close friend Bella Hadid, saw a white taffeta dress designed with undulating volumes on the sleeve and a notable raised front echoing the mischief of a girl holding her dress up to dance at a party, become the starting gun for the American designer’s new parade of archetypes.

Aptly named after cultural icons like The Kylie®, The Chicago Bulls® and The Carrie B®, it served as a reminder to the reality of how fashion is controlled by pop-culture rather than by the everyday person.

In keeping with Off-White™’s design polymath, pieces were rich and full of copious annotations as embroidery reads First Time For Love, More Life and Babe, the looks were elevated even further with models embodying cultural signifiers like smoking cigarettes, texting on their phones and drinking Coca Cola, pushing away any outdated notion of couture and making it cool once again.

But like all trailblazers there is a time to say goodbye. His youthful imagination brought a new perspective to an industry that thrives of exclusivity, and though he may be gone his vision is firmly nestled between fashions behemoths.

What he did in his short time is ineffable, but this collection reinstated how truly important it is to question everything. There is no need to colour between the lines, choose a plane over a spaceship or accept a real life when your imagination is far brighter.