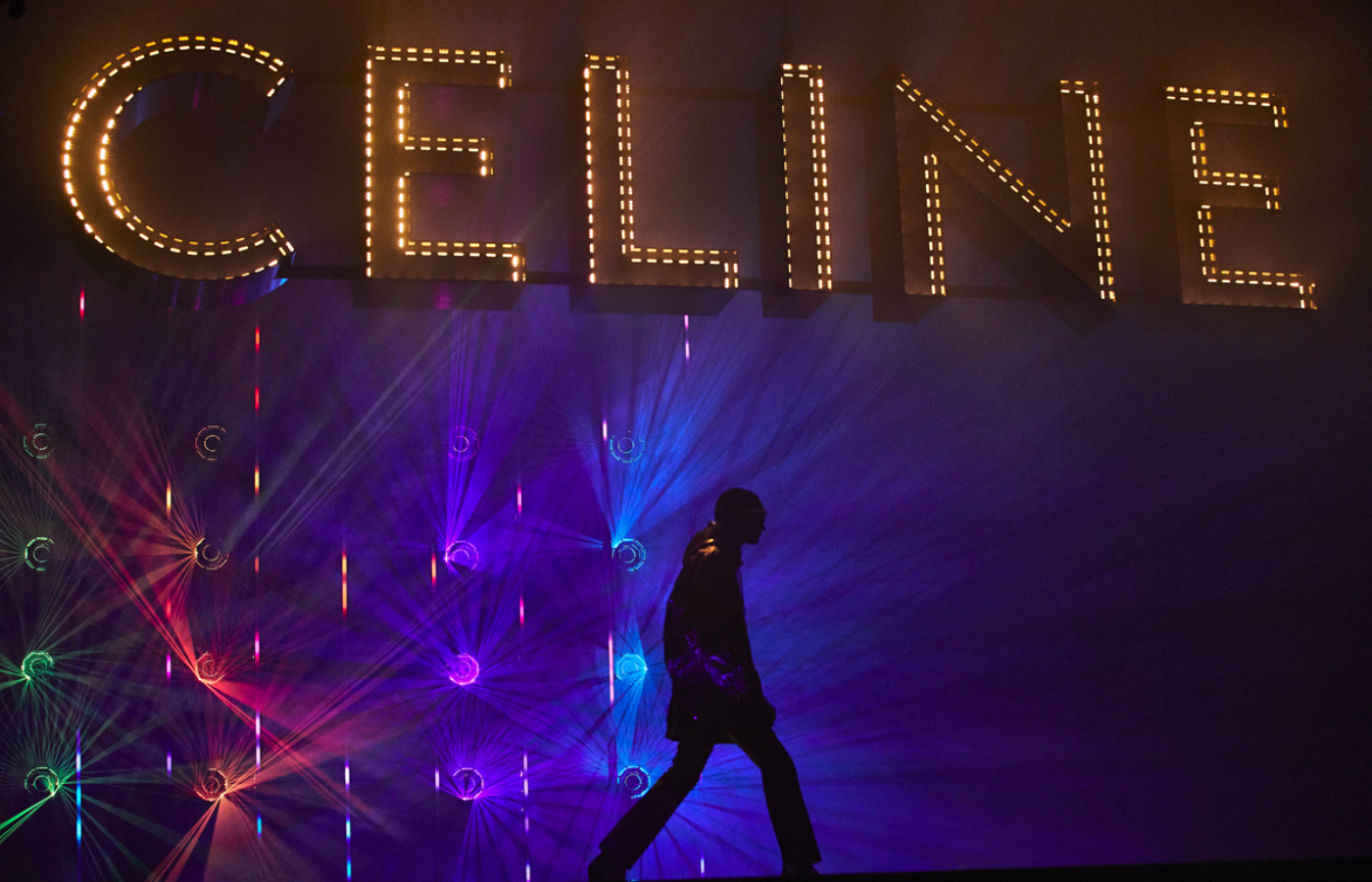 DIAMANTÉ crystals and high-impact prints, leathers and tinsel fringing, pinstripes and bold metallics — and a big dose of punk glamour. All the ingredients of the signature Celine formula were executed to a T as the French fashion house presented its AW22 Men’s runway in Paris.

Filmed by Hedi Slimane at the emblematic L’Olympia Bruno Coquatrix, the oldest music hall in the French capital, the collection was called Boy Doll and set to a soundtrack by ShitKid, a Swedish punk star, whose song Favourite Thing was commissioned and co-produced by Slimane for the show.

Through a sparkling mix of gold suits, tinsel threaded ponchos, biker jackets and sequin-encrusted hoodies, the collection offered couture-level glamour with clothes that were attitude-packed and opulent in equal measure.

There was even original artwork by American artist Banks Violette, who Slimane first met in New York in 2005. Violette’s work appeared on three looks: the oversized leather teddy with a flag detail, the cropped white tank top with a black flag, and the oversized leather biker jacket that depicts a white horse on the reverse.

A new collection of Strass Boy Doll jewellery added a precious touch to each look, alongside the Celine Moon sunglasses, a frameless mirrored style designed for the winter season.

An exquisite display of contrasting silhouettes, androgyny and e-boy grunge, this collection was Slimane’s aesthetic honed to perfection, and can be viewed in full via the film below: 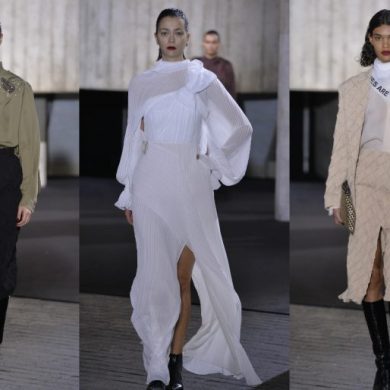