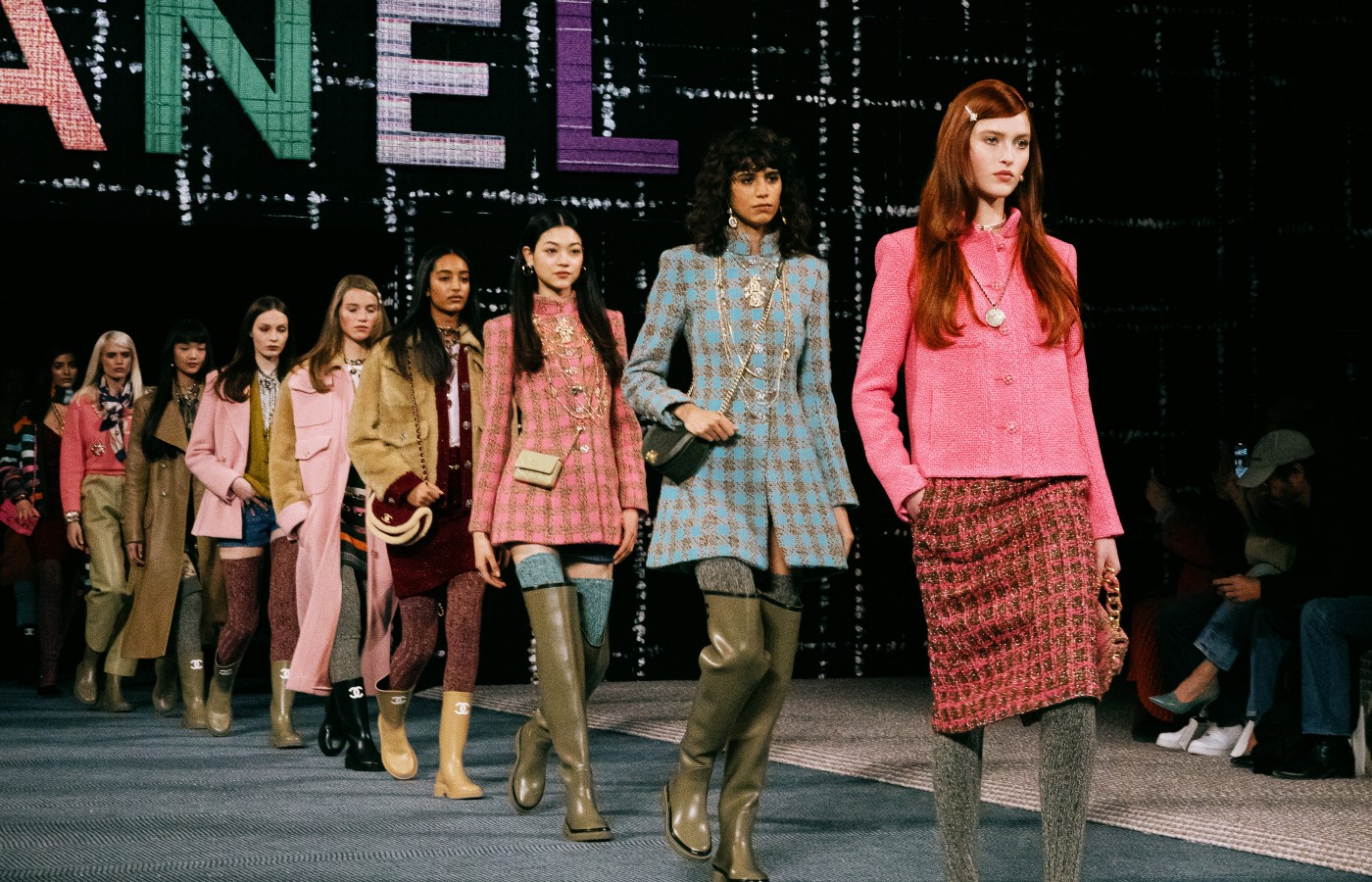 IT WAS sometime during the early 1920s when Gabrielle Chanel first ignited her love for tweed during a trip to Scotland with the Duke of Westminster. The classic British outfits worn by the aristocrats the designer socialised with were often made from the fabric, and she noticed how tweed transitioned gracefully between each activity they took part in, from fishing and hunting, to walking and dinner.

So, naturally her admiration for this material led to it entering the Chanel sphere in 1925 and has become synonymous ever since.

For autumn-winter 2022, Virginie Viard decided to celebrate this brand behemoth. “Devoting the entire collection to tweed is a tribute. We followed the footsteps of Gabrielle Chanel along the River Tweed, to imagine tweeds in the colours of this landscape.

“Like that of a long pink coat mottled with blue and purple, or a burgundy suit with a delicate gold shimmer. This is what Gabrielle Chanel would do on her walks through the Scottish countryside: she would gather ferns and bouquets of flowers to inspire the local artisans for the tones she wanted.”

It is from these accounts that the artistic director decided to shine a spotlight on this Chanel motif from every angle, even bringing our attention to the founder’s habit of wearing her lover’s clothes. “There’s nothing sexier than wearing the clothes of the person you love,” notes Viard. “I’m fascinated by this ever-contemporary gesture. And it’s Chanel that renders the tweed feminine.”

So, AW22 made tweed the protagonist of next season’s story. Ranging from tweed bustier ankle-length dresses and two-piece skirt suits to double-breasted overcoats and hunting jackets, the collection was full of the necessities needed to make any long country walk your next runway.

And if the new armour for the outdoors wasn’t enough, Virginie Viard had the girls walk in CC embossed wellington boots and hyper-fashionable thigh-high waders – I mean, what more could you want? Finishing looks with thick knitted tights, strings of necklaces and elegant, modest hair clips, the Chanel woman is the spitting image of Coco on her walks in the ‘20s.

With no hyper extravagance this season, but rather an updated take on the founding elements of Chanel, AW22 is anchored into the roots of why tweed is an integral part of the materials used by the French fashion House.

Even, a century on from the Scottish walks on the highlands, there is nothing outdated about this fabric but rather it remains an intangible relic to those surrounded by heather and those watching from the seats of the Grand Palais Éphémère. 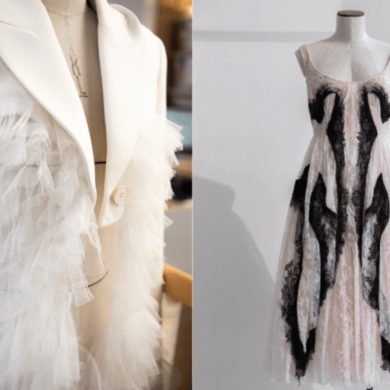