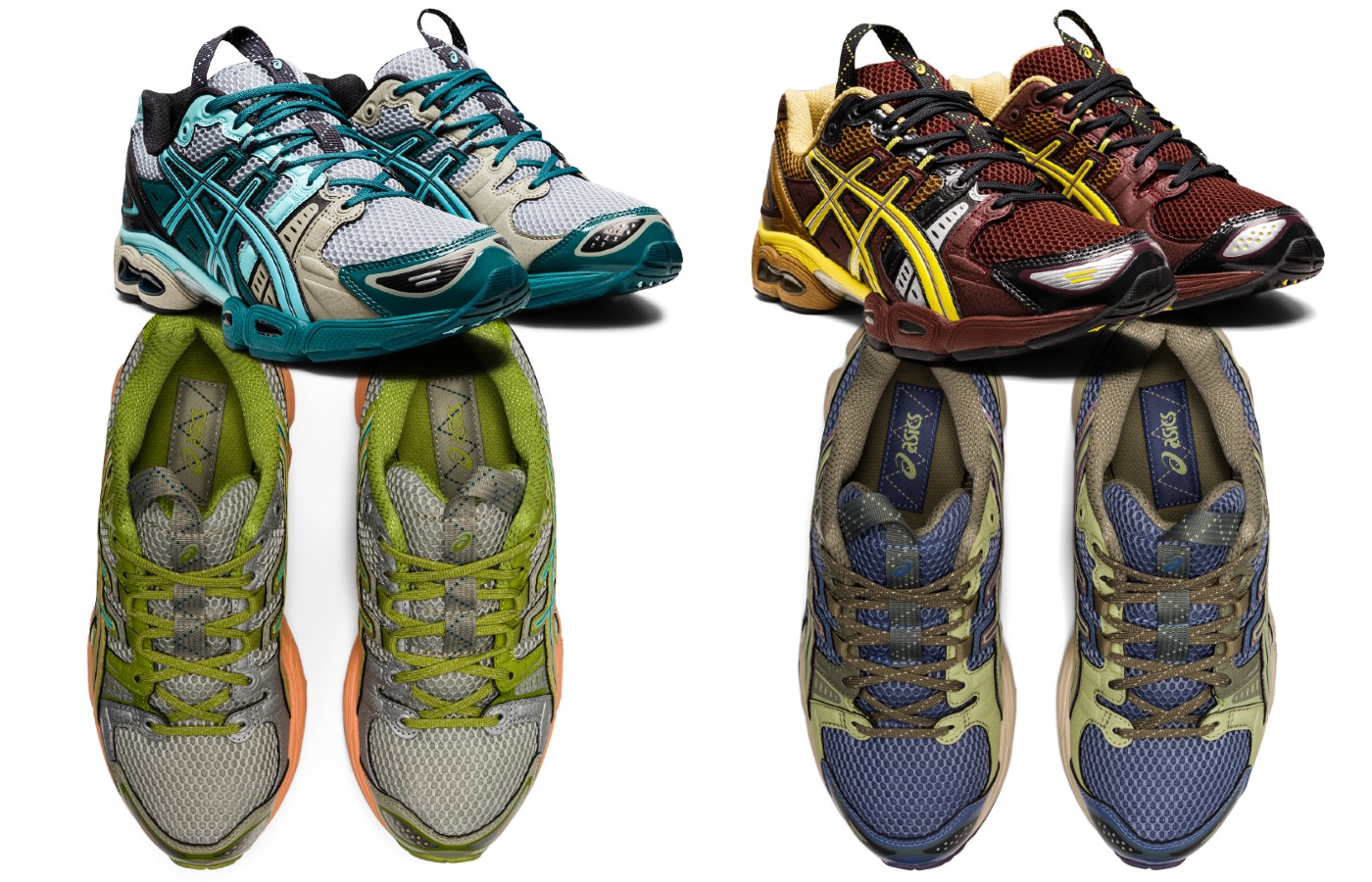 By Julie Heinisch
In FashionNews

Inspired by the Latin phrase Anima Sana in Corpore Sano, meaning a sound mind in a sound body, the collection works as an ode to the fundamental elements of the saying, which has been at the core of Asics since the creation of the brand.

The collection focuses on the feelings of escapism and serenity as well as adventure and play which can be discovered in different elements of the styles. Hues of stone wash, graphite, red clay as well as shades of greenery, aruba blue, and cherry blossom take inspiration from escapades to the great outdoors.

The trend piece from the noughties, the Gel-Nimbus 89, receives a modern makeover with playful colour blocking and a new versatile design.

The second reinterpretation of Asics classics receives the Gel-Sonoma, which has been deconstructed and retooled to give it a more futuristic appearance through the addition of the Gel Quantum tooling. This model is the ideal running shoe that can be used on, both, city and nature terrains.

Specifically selected by Kiko Kostadinov studio from the Asics’s archive, the HS5-S Gel-Resolution was originally sold as a tennis shoe and has now been transformed into a sneaker for multiple occasions. The revisualised HS5-S combines flexibility and support through the Asics Flexion.

Asics’ FN3-S Gel-Kayano 28 is the final shoe to receive a reimagination. As one of Asics most popular and beloved performance sneaker the redesign was carefully though through, featuring a reinforced heel and a mix of different lively colours.

Next
Casadei celebrates the 10th anniversary of the Blade heel