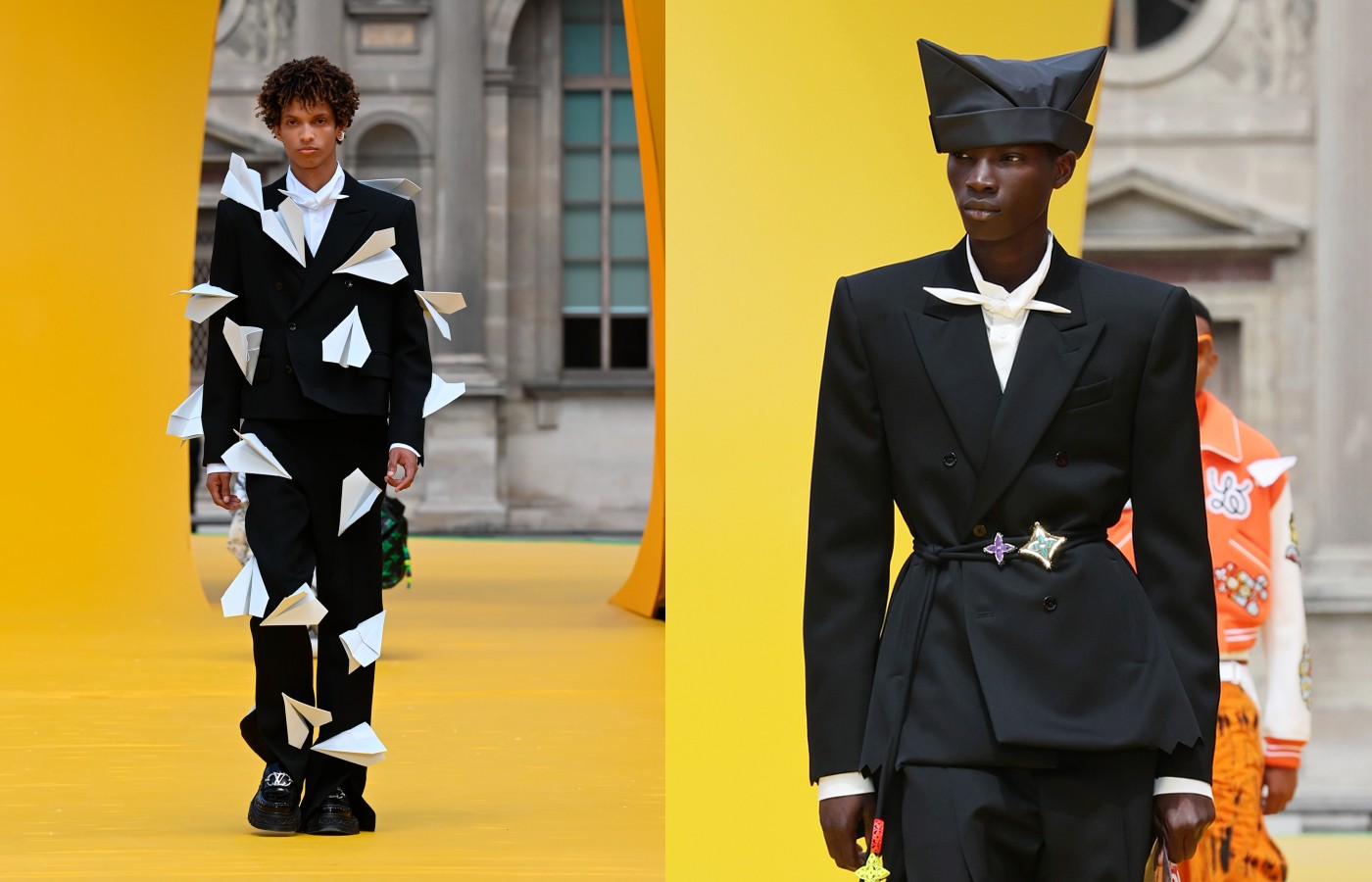 IT ONLY took Virgil Abloh eight seasons at Louis Vuitton to create a seismic shift in the industry. His design language trickled into other designers minds and found hints of itself on the sole of shoes, colour-ways of bags and cuts of jackets, but his most permeable effects were on the creatives surrounding him in the French Maison’s studio.

Though Abloh may not be with them, his spirit was very much alive as the Louis Vuitton Studio Prêt-à-Porter Homme came together to create the spring-summer 2023 collection aptly fuelled by their imagination and question: what would Virgil do?

United by a shared philosophy and drive to amplify the foundations that the late Artistic Director lay, we were invited to the Carré du Louvre where a playground was erected around a Yellow-Brick road. Centred on this theme of relating to childlike fantasies, SS23 paid ode to our past with iconography infused into the collection such as origami paper planes, puzzles, cartoon prints and building block beading, all finding themselves as embellishments across both fashion and accessories.

Silhouettes were formed by playing with swoopy lines providing shrunken and oversized dimensions that related to the idea of grow-into or out-grown pieces in our wardrobes as children, while simultaneously paying homage to the similar aesthetic of the 90s skater community.

Taking this theme of boyhood and seeing how it correlates with Louis Vuitton, parallels were drawn with French romanticism. Flower fields, impressionist paintings and ancestral tales all lead to a single flower – the thistle – not only a symbol of resilience but a prickly motif found in bouquets of the founder’s home in Asnières and now weaved into the embroidery of the collection.

Parisian architecture was another end point to this investigation. A photo montage of the famous parts of the capital and references to the Maison were placed in the collection as a tribute to the brand’s home, while cornices that accentuate palatial interiors were used as further inspiration to this fairytale dream associated with our youth.

This couture-angled take on childhood had Abloh running through its veins. The collection was proof of the beauty in imagination and proof that Louis Vuitton’s innovative projection of modern menswear is a playground we always look forward to having fun in.