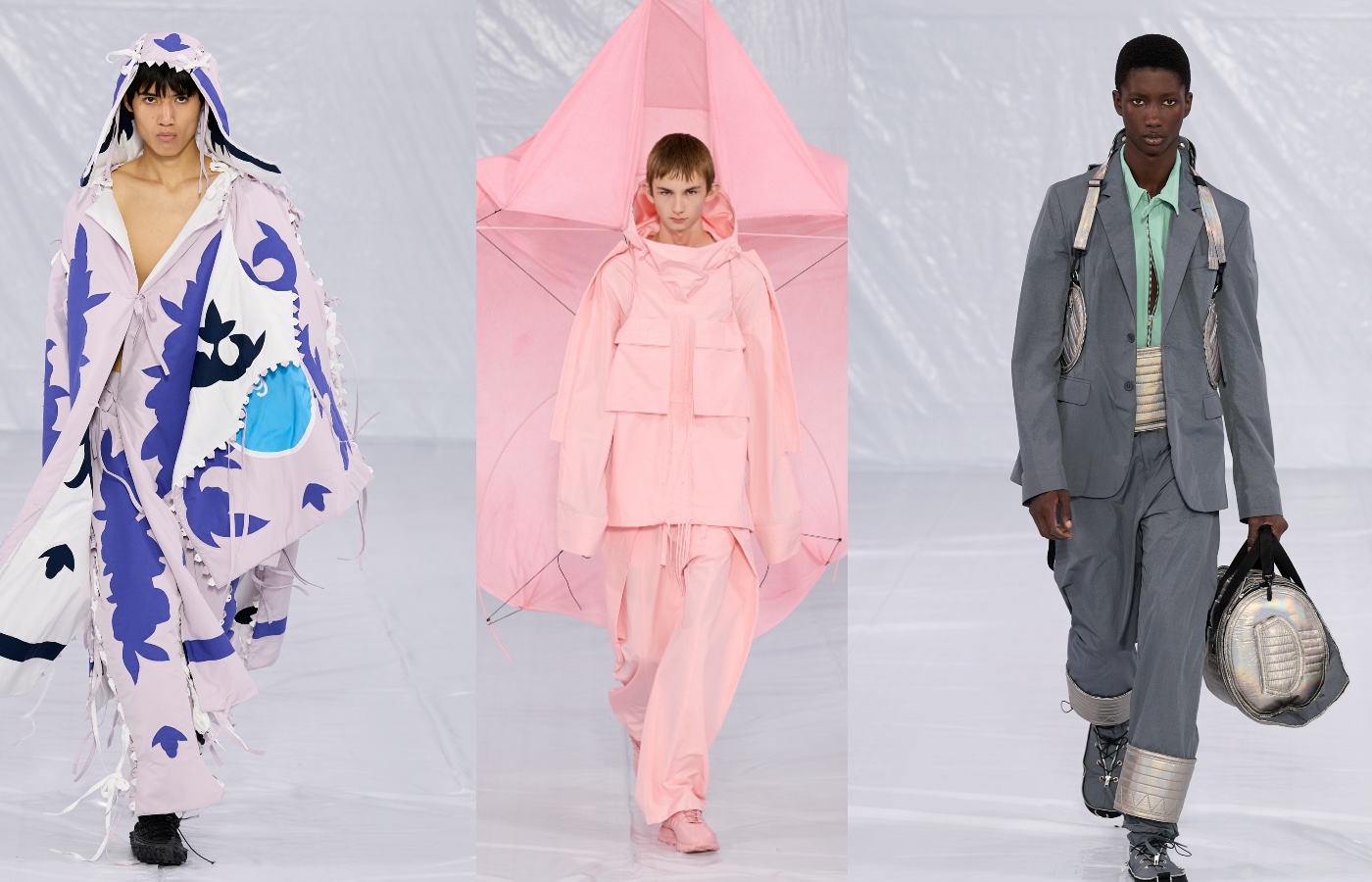 IMAGINING a mythical mountain “obscured far from view but somehow ever present,” Craig Green’s 2023 menswear collection is a colourful utilitarian playscape, envisioning his synonymous conceptual designs amongst a harsh landscape.

Though a fictional point of reference, it’s hard to not sit back and wonder if one could actually climb a mountain wearing head to toe Craig Green. Certainly, all of the elements were present at his latest show at Paris Fashion Week with protective headgear, padded jackets and an abundance of bags, a favourite being the crossbody shaped like a water bottle.

The mix of colour is what helps to further create this fantasy landscape imagined by the designer. We are not just presented a stale collection of khaki green and black, often associated with climbing and outdoors adventure, but instead an almost calming mix of peaches, millennial pinks, cerulean blues and sunflower yellows.

Though the largely monochromatic colour scheme brings an element of serenity and calm, the context of walking to reach a mountain always visible but ever out of reach adds a bittersweet element of dystopia, of which Green does so well.

This idea is further represented in the lineup of looks. Beginning with a more linear, wearable selection, the collection gradually shifts into the more conceptual, as it would hardly be a Craig Green show without it. The shift in design represents the model’s metaphorical journey through the changing landscape, of which they must adapt and abandon any pre-disposed ideas of themselves in order to continue on the never ending journey.

Layers are added, and then stripped back revealing the body, with some outfits even consisting of parachute-like appendages or large quilted capes, brining an interpretable sense of survival into play.

What Green continually achieves with his collections, foremost with this one, is a perfect graduation of where menswear currently is now. His aesthetic tiptoes along the line between futurism and modernism and does so in a way which perfectly immerses both viewer and consumer alike into a fictional landscape abundant in metaphor.

With his 2023 menswear collection, he merges bright colour with a subtle sense of dystopia, creating a storybook of looks which seem bizarrely wearable but also highly unattainable at the same time. 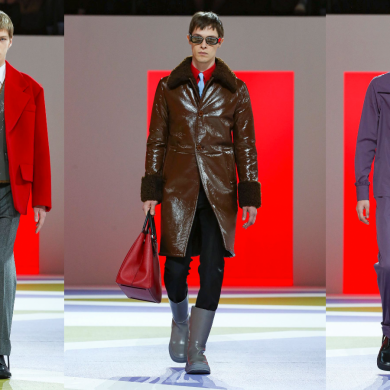