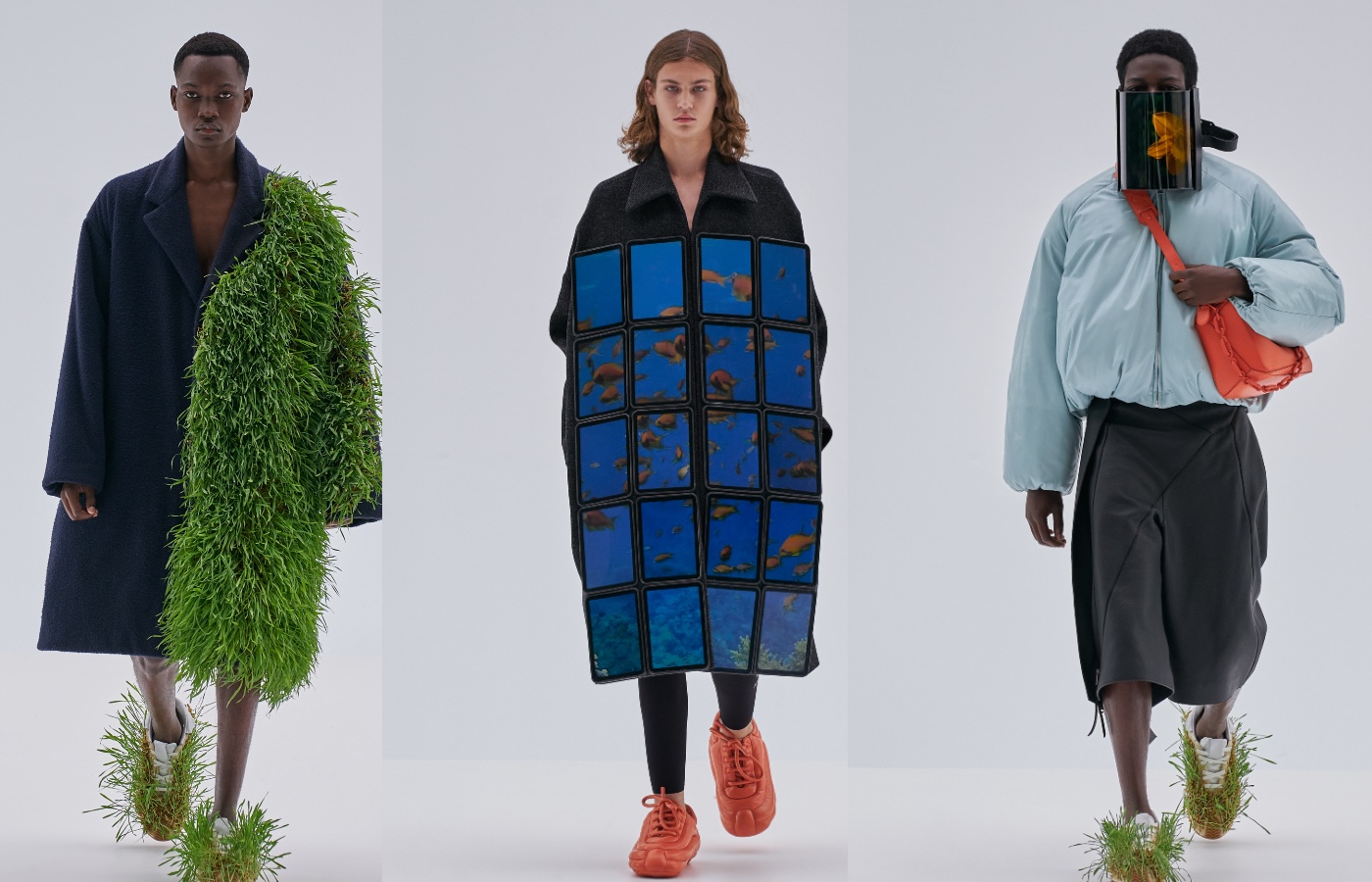 THE NATURAL and digital world merge in Jonathan Anderson’s latest collection for Loewe. With a series of reimagined classics, the British designer presented a material embodiment of the very prominent war between realms, as the physical and the artificial metaphorically battle to out-stand one another.

With a continual discussion surrounding the development of the fashionable landscape, with the metaverse and virtual designs becoming increasingly fabricated into our daily lives, Jonathan Anderson has neutralised the white noise by creating a collection which instead relates both ideals back to elevated basics. From shoes and trousers covered in living plants, to coats entirely blanketed in moving screens, the creative explores current cultural discourse with a rather simplistic yet chic collection.

Developed in collaboration with Paula Ulargui Escalona, the living plants which covered certain garments pre-empted how eventually the clothing would merge with nature. To reach the desired level of growth for the Paris Fashion Week presentation, the greenery, including chia plants and cat worts, were grown in poly tunnels on the outskirt of Paris for 20 days before being applied to shoes, coats, jeans and more.

This earthly energy was further enhanced with the selection of fabrics. Classic lines, including bomber jackets, polo shirts, track pants and shorts were produced in soft padded nappa leather or ozone-treated cotton, creating an effect as if the clothing had just been unearthed from the ground, generating a pre-worn element.

These references were juxtaposed by the overt infusion of technology. From a coat clustered with earphones, pen drives and phone cases, to garments or face masks entirely covered in functioning screens, clothing became a projection device showcasing films of the natural world, from flying birds to schools of fish.

Though very different ends of a never-ending spectrum, the green-meets-screen story line isn’t disjointed in the slightest, and instead settles as a perfect, simplistic medium between the two amidst a climate of never-ending information about where the future of fashion will progress.

With his SS23 menswear collection for Loewe, Anderson eradicates the cacophony of discussion in relation to the battle between digital and physical fashion, and instead shows two very different extremes amongst a collection of basic designs elevated into a perfectly chic demonstration of fine craftsmanship.