By Ben Sanderson
In Jewellery and watchesMain Features

ORIGINALLY launched back in 2004, the now instantly recognisable Louis Vuitton Empreinte jewellery line has been enhanced with a series of new, unisex designs as imagined by in-house artistic director of jewellery and watches, Francesca Amfitheatrof.

The new collection, which consists of 14 pieces made from 18-karat gold and diamonds embraces modernity with it’s distinct fluidity and attitude. In the campaign, we see ear cuffs styled alongside chain necklaces, and a selection of rings designed to be layered with one another.

However, Amfitheatrof doesn’t venture too far to abandon the iconic codes of the Maison, in fact they are the very essence of her craft. Referencing the brands extensive history in luggage design, a variety of pieces are etched with the impression of trunk studs, while interlaced bracelets mimic the leather straps of the bags, as much as they do modern lovers.

In a world no longer bound by binary gender conventions, it’s refreshing to see big brands such as Vuitton embrace the times, while also interpreting their very own history in a way which reinvents itself for the modern world, something entirely embodied with the latest additions to the Empreinte line.

Next
Axel Arigato launches in China with special Valentine’s capsule 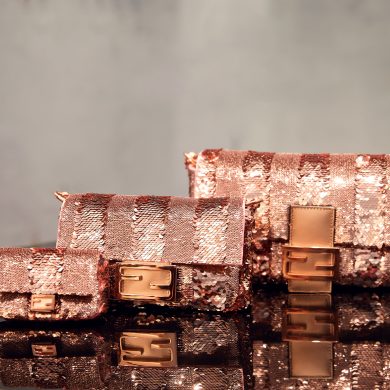