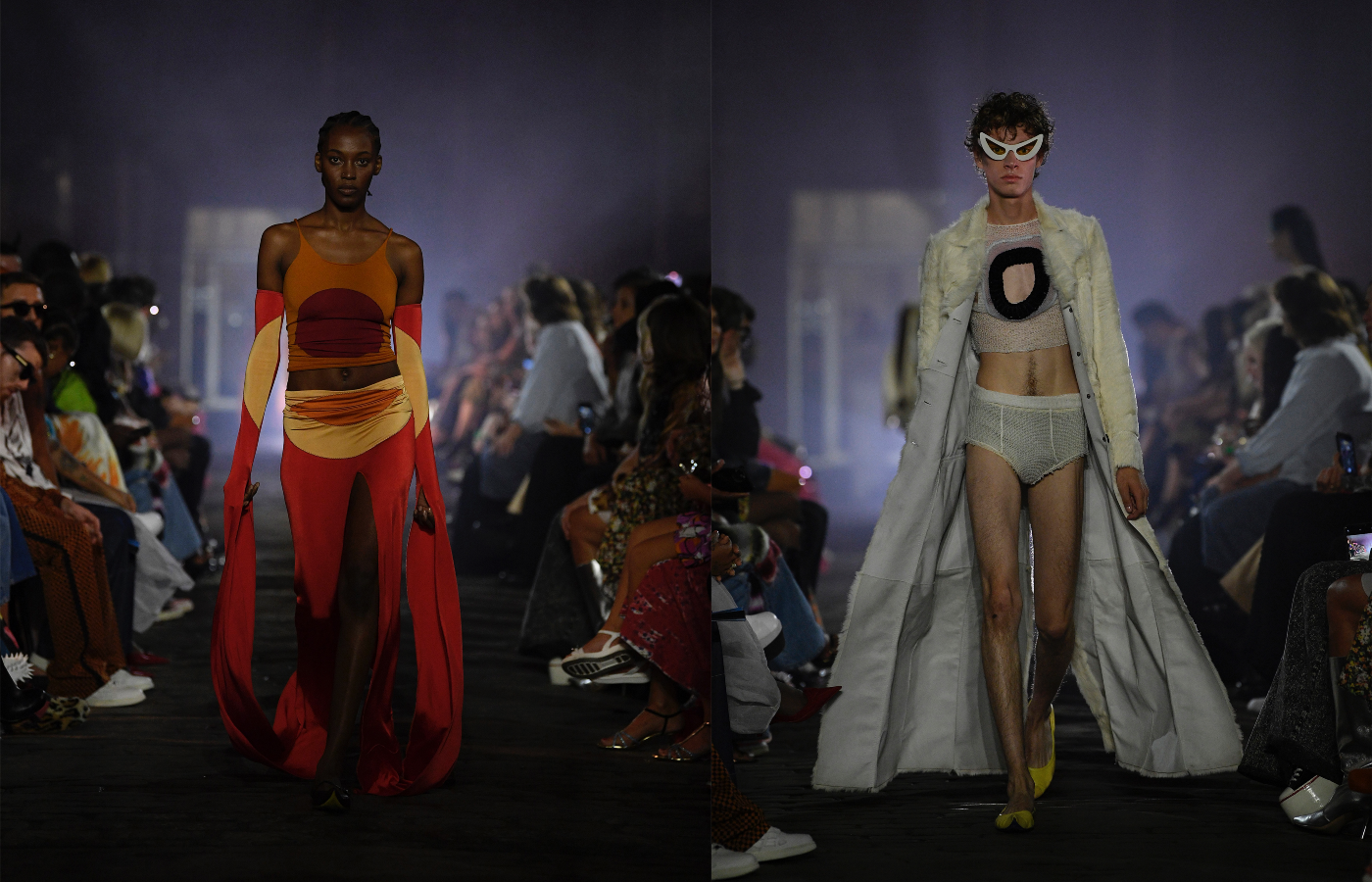 FROM THE guest appearance of Madonna, to the Italian house making their New York debut, it was certainly all eyes on Marni at the kick off of this years autumn fashion month. A youthful, natural energy was abundant in the garments, as the varied colour palette, taking inspiration from both sunrises and sunsets, generated a playful sense of freedom from start to finish.

The collection was a masterful marriage between structure and fluidity. Immaculately tailored leather blazers and trench coats were contrasted by exaggerated sleeves and elongated trains. There were of course, a selection of knitted pieces, ranging from briefs to crop sweaters with abstract cut outs and crocheted adornments. Francesco Risso, Marni’s creative director since 2016, likewise made the case for yet another return of the bicycle short, as was featured within many monochromatic ensemble.

The whimsical nature of the garments was contrasted by the setting of the show itself – underneath a bridge in the Dumbo area of Brooklyn – which seemed the perfect decision for a house making their first appearance at New York fashion week. The moody atmosphere was enhanced further by the the vocals of British singer Dev Hynes who performed alongside the String Orchestra of Brooklyn.

Though the garments alone were enough of a confection, the devil was certainly in the details. A key standout were the sunglasses. From extreme cat eye styles to widened wraparound designs, they added a further edge to final looks and combatted the delicacy and ethereal nature of some of the pieces. We wouldn’t be surprised if we saw these designs straight off the runway and into the hands of sunglasses enthusiast and North London it-Girl Bree Runway, as they appear to suit her aesthetic to a T.

Overall the collection was a celebration of light, and generated an unshakeable energy which was undoubtably infectious to the audience. Risso effortlessly layered more fragile, delicate pieces with the overbearing structure of leather tailoring, all while challenging natural silhouettes with his infusion of flowing trains. 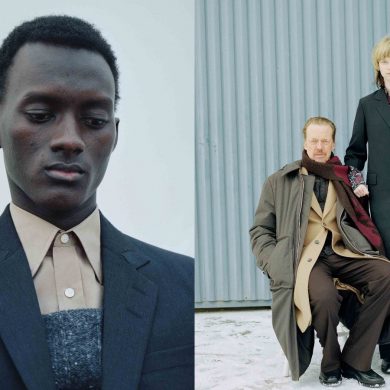