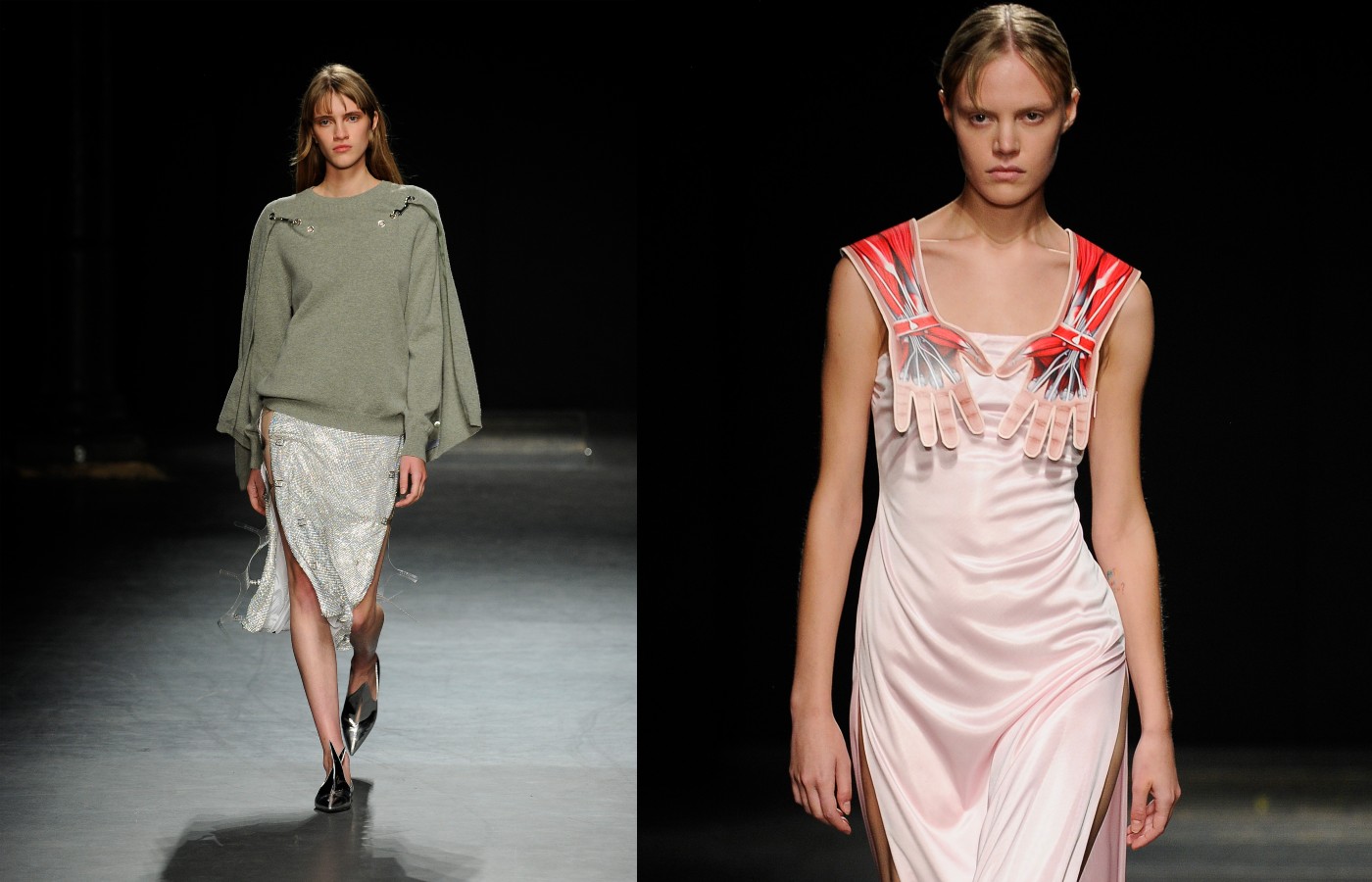 KNOWN for bringing More Joy into our wardrobes, Christopher Kane’s return to the London Fashion Week calendar did exactly that and more. Taking over and filling up Camden’s famed Roundhouse venue, the Scottish designer reentered our lives with his spring-summer 2023 collection that welcomed in an enthusiasm of what is to come as well as a delightful return to his famous aesthetic.

Science and nature have always walked hand-in-hand as sources of inspiration for this clothing, and for SS23 it was time for a biology lesson from the designer. Looking closely at the body’s anatomy, he decided to celebrate the beauty and complexity of humans. Maybe this look internally was triggered after the pandemic years where our bodies and health were the centre of attention rather than clothes – or it was plain curiosity – either way, Kane is back with a new perspective.

Balancing the design of our internal structures with the minimalism of Physicians uniforms, the result was a stampede of looks that dazzled, empowered and most definitely educated its audience. Beginning with an array of pastel silk organza skirts that had their hems folded back and trimmed with lace, the preppy look was dissected as with a split up to the thigh on both sides exposing the skin and alluding to its many layers.

A noticeable accessory throughout was the clear skeletal structures that acted like both a corset and a breast plate, held together and cinched the upper body with minuscule buckles showcasing the woman’s exterior muscles and the power of the abdominal area. More transparency was found in the skins that were adorned over dresses to protect the body from its surroundings whilst simultaneously revealing – a clever design juxtaposition that you would expect from Kane.

The more obvious nod to the body was seen in the looks that featured anatomical cross section drawings of ligaments like hands, arms, legs and feet bringing our attention to strength in a very apparent manner. Though this is a new chapter in his work, a return to flowers that echoed his SS12 collection gave this season a feminine touch but also brought our attention to the context of when he was showing his collection, the eve of Her Majesty’s funeral. Dedicating his reimagining of the traditional twinset knits, the designer altered them by adding silver hooks to the shoulders to suspend the cardigan reflecting his favourite image of a young Queen Elizabeth with Princess Margaret in Balmoral.

Christopher Kane’s return to runway was a needed boost to the LFW calendar, and with elements we had missed seeing  in motion, his body of work was an exciting lesson we were all glad to sit down and write notes about.