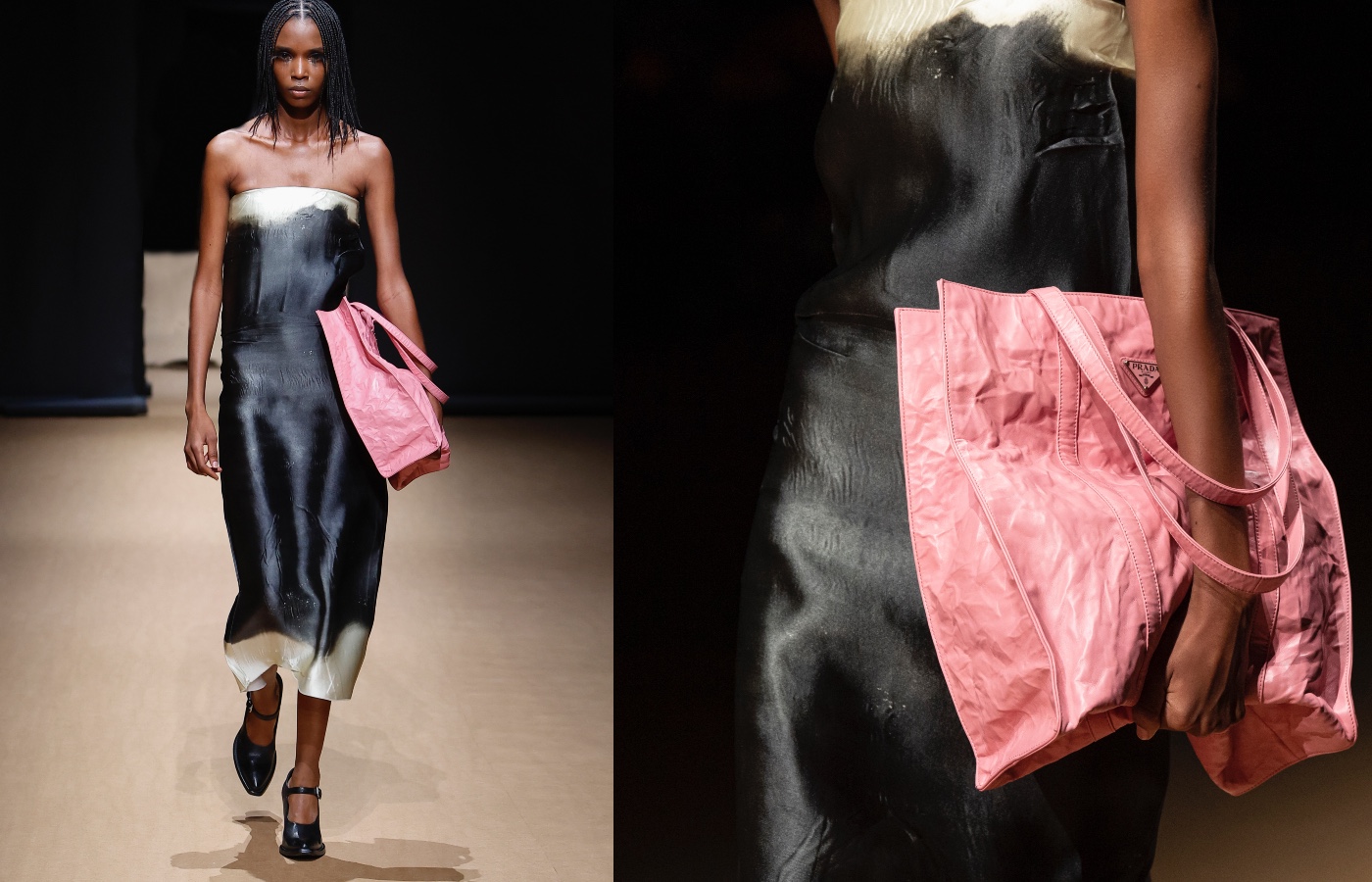 ONESIES are the new black if Miuccia and Raf have anything to say about it. Presented at the craft paper-covered Fondazione Prada, the duo unveiled a collection playing upon a sequence of differing “acts of reality,” creating clothing influenced both by the domestic sphere and the outside world, a suspected, timely commentary on the last couple of years.

Upon review, there was an undeniably gothic aura about the collection. From the gloomy, dramatic eye makeup which almost gave the illusion of models wearing black-out, sclera contact lenses, to the imposing decoration of the setting, the collection was enhanced by a haunting energy. This was further translated through the garments, particularly in a series of lace trimmed dresses which gave a nod to baby doll styles and a bizarre child-meets-adult sensibility.

The idea of the domestic sphere bleeding into the outdoors is further interpreted through a series of fabric manipulations. For instance, ruched satin dresses almost appear as towels wrapped round the models body, while onesies and negligee styles evoke an intimacy found in one’s bedroom, the setting and the clothing thus creating a sense of voyeurism inherent within the viewer.

However, these ideals are contradicted by full leather ensembles and structured tailoring which obliterate any sense of comfort or relaxation, truly generating a night, meets day, meets night aesthetic from entirely different perspectives.

The very idea the collection proposes, different acts of reality, is certainly present upon reflection. As a viewer, you seem to watch different lifestyles merge on the runway, and though some garments may have a crafty, almost homely attitude to them, it’s a misunderstanding to think they are clothes made to be worn around the home. An expertly distorted presentation yet again created by some of the most interesting and intricate minds in the modern fashion climate.

A Perfect Romance at The Peninsula Hong Kong