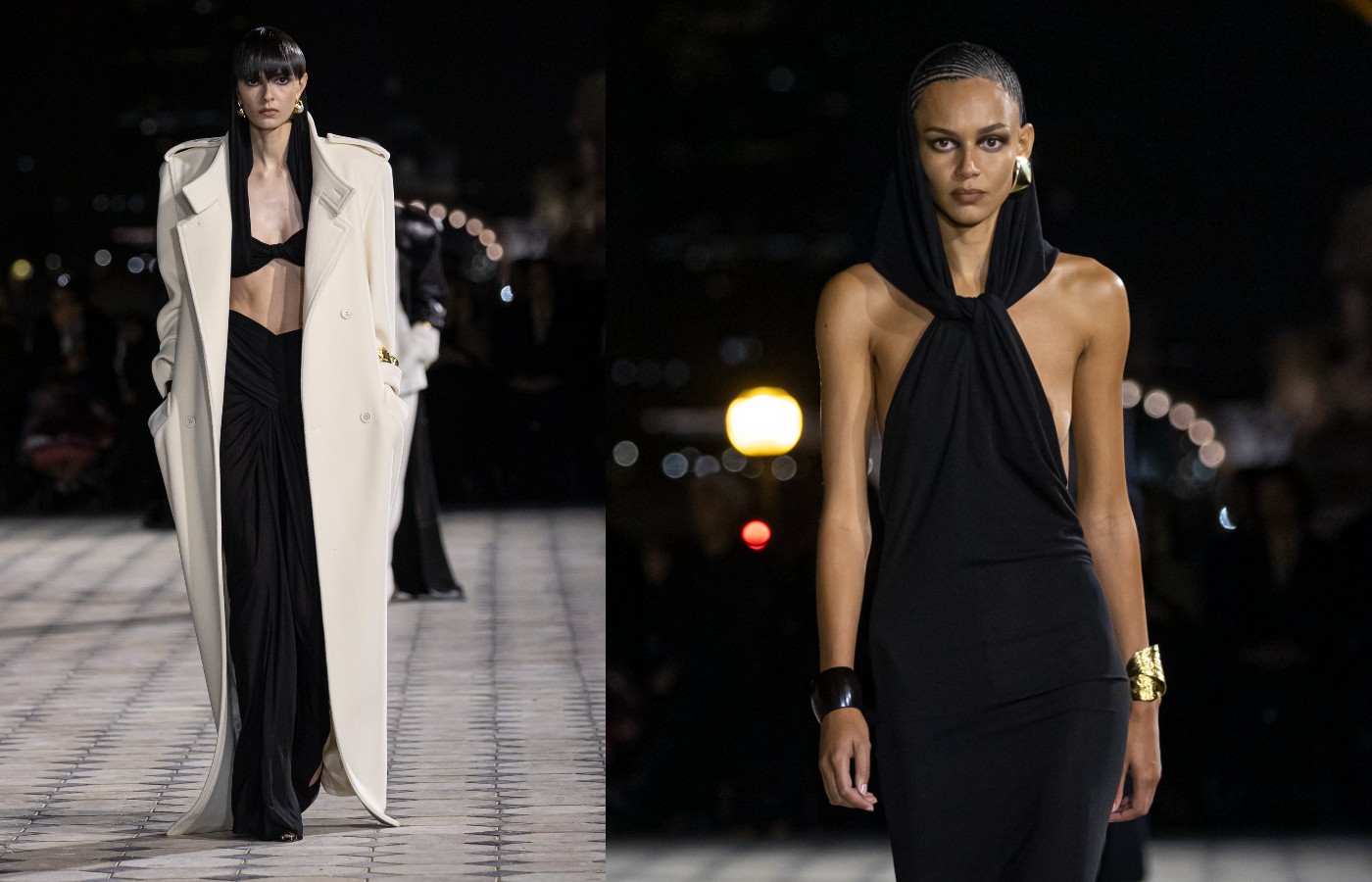 IT ALL started with a tubular sheath adorned by Martha Graham in her choreography for the 1930’s Lamentation in New York City. The dance itself is performed entirely from a seated position and saw the American dancer’s body enveloped in this purple case, combining to create a visual effect that caused a tsunami of influence across theatres and studios, but also made a profound impact on the late Yves Saint Laurent.

From 1969, the French designer slowly injected this idea of hood and body into his clothing, even reprising the theme in his last show, the autumn-winter 2002 haute couture show. With this being an established theme in the House, Anthony Vaccarello took this motif and decided to reimagine it for the Saint Laurent spring-summer 2023 collection.

Bringing the classic Parisian glamour back into the ever-evolving sphere of trends is an element to Saint Laurent that you hope to expect season upon season – and that continuity is something rare. Whilst the collection maintained that elegance and attitude attached to the brand, fluidity was at the heart of SS23 as looks were expressed through silk jersey knits and of course, the hood.

Floor-length body-hugging dresses brushed against the runway and were juxtaposed with exaggerated shoulders on over-sized masculine tailored wool and tweed overcoats, leather bombers and light-weight trenches for that classic into the night look.

Despite being heavy on the outerwear and leather gloves for a spring-summer collection, Vaccarello’s nod to the warmer months was seen a little more subtly than floral prints and fringing, but rather in his material choices. Sheer tank dresses, pyjama-inspired satin two-pieces, and copious amounts of gold jewellery all gave a nod to seasonal dressing, along with cashmere trousers, track pants and peek-a-boo cut-outs.

Just like the conception of the all-in-one, this performance was equalling as applaudable as once again it showed the beauty of bringing elements of the past into today with a steadfast result being unapologetically modern. Vaccarello’s woman for this season may be protected with an exaggerated silhouette but the power doesn’t seem to lie in the proportions of her clothes but rather that innate potency of what it means to wear Saint Laurent. 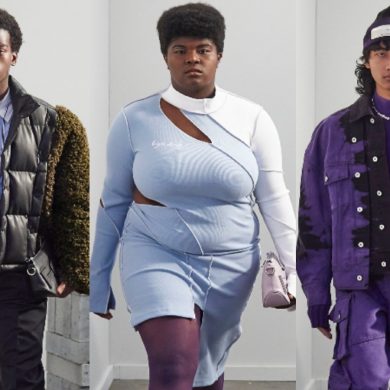