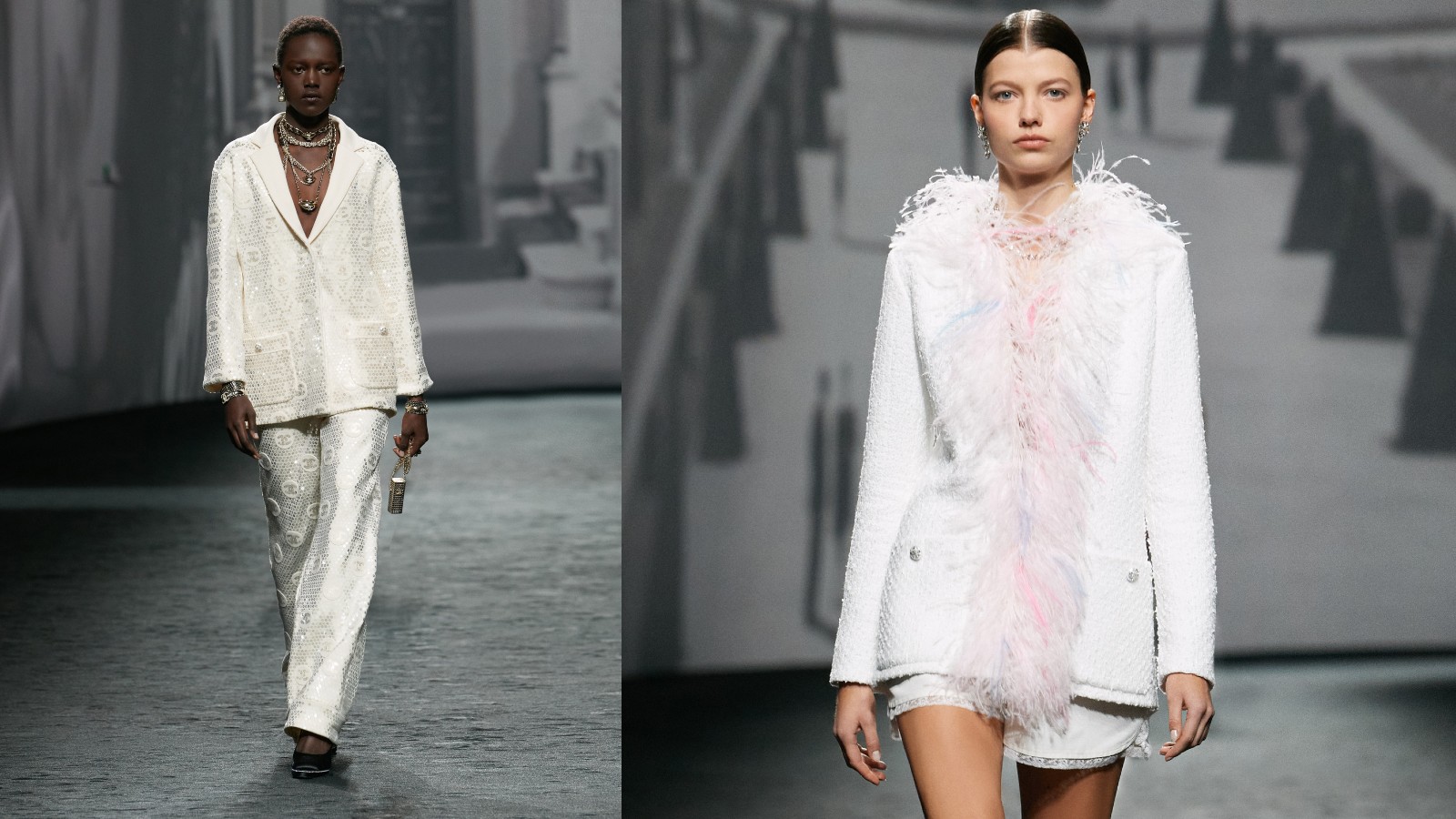 WHILST Virginie Viard began designing Chanel’s spring-summer 2023 collection, Alain Resnais’ 1961 film, Last Year in Marienbad left the designer enraptured. The black-and-white film centred around the romance of three characters in a disorientating timeline shaped by flashbacks and location changes, makes for a lack of certainty and a fluid relationship between time and space – or in the case of what this means for the collection, an array of exquisite looks ready to be day-dreamed over.

Outlining in the show notes,  the designer explains: “The films we have seen, those that possess us and those we invent for ourselves, Marienbad, the Nouvelle Vague, the allure according to Gabrielle Chanel, Karl, the night, feathers, sequins, heels: I like it when things get mixed up”.

Transitioning from monochrome into bold pastels and then returning to black-and-white, the collection was fluid and yet echoed the same confusing narrative of the film. Looking closer at the detailing, prints were carefully thought-through and minimal amongst the sea of light-weight tweed, silks, chiffon and lace giving way to the each of the fabrics natural movements. Despite the refined approach to silhouettes, the true beauty of SS23 lies closer to the seams when you discover the subtle interlocking CC’s, the drop earrings and down-sized bags of some of the House’s famed leather offerings, or even the crystal adorned slingbacks and the sparkling ankle socks.

While hints of the young Chanel consumer blossomed in the light pink ostrich feathers, hot pants and pearl belts that sit across the bare midriff, there was a deep level of sophistication in this cinematic array of looks.

Emphasising how ambassador and actor, Kristen Stewart has been a key role in inspiration behind this collection, Viard explains, “Whether it’s her or the other women I dress, I need to feel that they like the clothes anyway. But, of the people around me, she is the closest to Gabrielle Chanel, at least to my idea of her. She understands Chanel, its clothes. And with her, it become even more modern. This collection, it’s also her”.

Beyond the sheer admiration for Stewart, there is a new level of admiration for the designer. It was a collection impeccably made by the ateliers, who this season honed in on detailing, and for a House like Chanel with such a deep heritage and history it is nice to be wow-ed again. Viard understands her consumer and the necessity to take from the past and bring it into the future, and just like the modernity of the collection, she also chose to inject a further level of body diversity to the show – something that evidently lacked across the shows in Paris this season.

While many may argue that Chanel has surpassed abiding by trends or being named a trailblazer, what Virginie Viard created for this SS23 season is something that should be taken note of.

Next
Richard Mille releases RM 88 Automatic Tourbillon Smiley: The Mechanics of a Smile 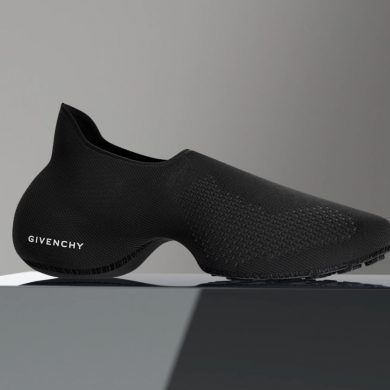